In an exciting chain of events – Indie game developers Red Hook Studios make 2 major announcements about their franchise in the last week. Their last announcement of the sequel, Darkest Dungeon 2, being made in February 2019 and was only 40 seconds long.

For those uninitiated, Darkest Dungeon is a 2d, roguelike, dungeon crawler developed by Red Hook Studios and was released in 2016. The eldritch atmosphere, compelling gameplay and iconic narration made it a popular indie gem that later was released to PlayStation, Xbox, Switch and even IOS devices.

With several expansions deepening the atmosphere and replayability, the studio began the development of a sequel named Darkest Dungeon 2. It was announced via a teaser video in early 2019.

Darkest Dungeon – The Board Game

Onto the first piece of news, On the 16th of October this year it was announced Red Hook would be teaming up with board game developers Mythic Games in order to create: Darkest Dungeon the board game.

The release takes the form of a Kickstarter that began on the 20th and showcases the planned gameplay and design. For 1-4 players, you take control of individual characters and embark on several dangerous quests to eventually reach the dungeon itself. With a wide selection of maps, 3D Minis for allies and enemies, and event cards – The game tries to emulate the iconic experience while retaining its own individuality.

You can find the Kickstarter itself here.

Within hours of going live, its initial goal of $300,000 (Around £230,000) was achieved. With 11 days still to go, the Kickstarter has now surpassed $2 Million and rising still. With a huge selection of stretch goals and a steady stream of pledges, backing the Kickstarter now is a sure way to receive lots of bonus content when shipped in late 2021.

However, the project was tagged a ‘Kickstarter exclusive’, meaning it will not be sold in wider retail. Mythic Games do however state that:

“As KSE, or Kickstarter Exclusives, are marked the products will not be available to retail. Mythic games retains the right to continue sell these in the Pledge Manage, the Mythic Games website, as well as conventions” (Risks and Challenges – Mythic Games on Kickstarter).

This shows it not to be an all or nothing situation. Fans may be able to pick up the game at a later date in individual packages.

The rapid popularity of the project, alongside its pricey pledges (The basic Corebox pledge coming in at $100, or £70-80), it’s likely we will see it achieve even more in the coming days. The stretch goals achieved so far have already added a huge amount of extras. Recently, their first add-on box was also announced – adding content linked to the “Cove” region of the original game.

For those on a budget, you can also pledge a single dollar in the “Torchbearer package”. This allows you access to the pledge manager in several weeks, letting you upgrade to the Corebox and add more expansions after the campaign ends. However, this comes at a higher price and does not include the bonus freebies featured for backers.

But, that is not all Red Hook have announced.

A day after the Kickstarter began, another trailer featuring more details about the sequel, Darkest Dungeon 2, was released on their twitter.

With their last announcement about the much anticipated sequel being over a year old and containing little more then a teaser – this trailer offers a little more information.

Titled “A Glimmer of Hope”, it is scarce yet again on any gameplay features or news, focused mostly on the story. It hints at the influence of the dungeon spreading across the world after the events of the first game.

Featured at the end of the trailer, a partnership with games retailer Epic Games was announced. This decision that led to backlash online.

The project is due for Early Access release in 2021, a development strategy that has favoured them in the past. However, this time it is being released as an Epic exclusive for the duration of early access.

Epic Games have been the centre of controversy before for exclusive game deals. However, on the official game twitter – Red Hook have tried to reassure fans that it is not a permanent arrangement.

It was made clear that as Early access ends, the game will be found in many other online retailers such as Steam.

While still being unclear on the game’s details, the new trailer does showcase an enticing art style. It also shows fan favourite characters battling against unknown hordes. The trailer and game also sees the return of it epic narrator, Wayne June.

You can go and Wishlist the game for yourself here.

No official date has been announced besides ‘2021’. We will have to keep a close eye out for future news. As a long time fan of Lovecraftian style games, Darkest Dungeon in particular, my curiosity is piqued to see what comes next.

We will have to wait and see what news is revealed in the coming months.

Any thoughts about either announcement? Get in touch in the comments! 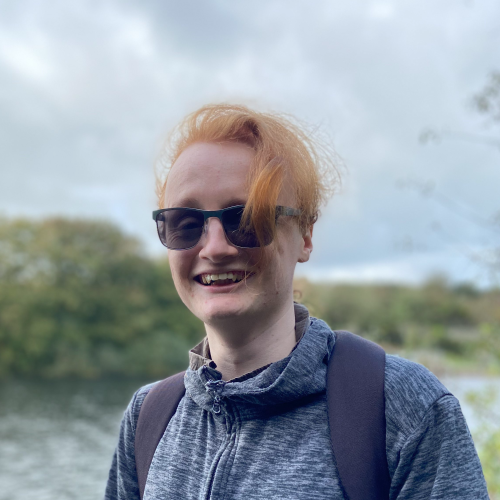 Daniel Bakerhttps://berbwrites.home.blog/
Also known as Berbwrites, Dan is a Games Development student, games nerd and fan of all things tabletop - working as a freelance games writer, both for an about games of all kinds.

Everything We Know About Crisis Core: Final Fantasy 7 Reunion