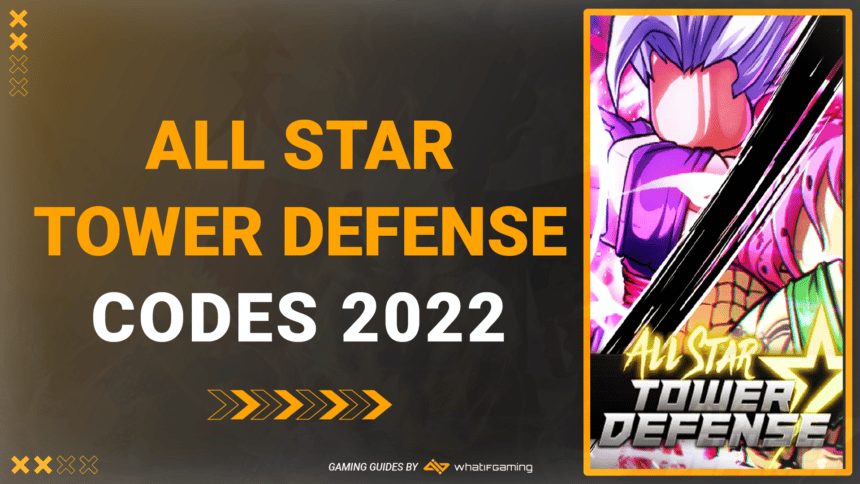 As an avid otaku or a humble watcher of anime, you might have wondered if there’s a game that combines your favorite franchises into one fantastic content. From the name itself, All Star Tower Defense is a star-studded strategy game developed by Top Down Games, easily playable on the gaming platform Roblox.

These redemption codes will reward you with in-game currencies so you can buff your existing units and even summon new ones. If you’re a huge fan of animated shows like Dragon Ball Z, One Piece, Demon Slayer: Kimetsu no Yaiba, My Hero Academia, Attack on Titan, and the like, then you will enjoy collecting the Roblox versions of some of their iconic characters. Furthermore, new units are being added per update so you will have more to look forward to.

To skip to the good part, check out these working codes from All Star Tower Defense and redeem them as soon as possible before they expire! If you’re not sure how to do so, we have also put up a short yet detailed guide on how to exchange these codes for resources.

What are All Star Tower Defense codes?

Codes from All Star Tower Defense are redemption codes that can be exchanged for valuable in-game resources like gems, gold, units, and other limited items. New codes are released on or before game updates. Keep checking this post regularly for a compiled list of codes from the game’s developers.

NOTE: The list below has been updated for December 2022 and will be continually updated throughout the month and year.

How to redeem All Star Tower Defense Codes

2. Select the gear icon on the lower right corner.

3. Paste or type the code on the textbox. No need to press enter.

When do All Star Tower Defense codes expire?

All Star Tower Defense codes have no specified expiration dates. However, based on our experience, some codes may be valid even after a month since their release. Just to be on the safe side, you can redeem the codes as soon as they’re posted here.

Why is my code not working?

Chances are the code has already expired or it only works in a VIP server. According to the All Star Tower Defense Wiki, some codes only work in VIP servers so you can try to claim them again once you’ve switched.

How often are the codes released?

New codes from All Star Tower Defense are often released a few times in a month, especially when there are new game updates or holidays celebrated. Keep checking this page for the latest codes released every month.

Where do All Star Tower Defense codes come from?

All Star Tower Defense codes are sourced from the game’s official Twitter page and Discord server. You can follow their account and join their server if you want a peek at future game updates on top of randomly released codes.

How many times can I use the same code?

All Star Tower Defense codes are available for one-time redemption only. Redeeming the same code again will not show any reward on the upper part of the screen.

What are the rewards?

You can get in-game currencies like gold and gems from these codes from All Star Tower Defense. On some special occasions, the developers get really generous by giving away free units like EXP III and EXP IV.

What is gold used for in All Star Tower Defense?

What are gems used for In All Star Tower Defense?

We hope you got to reap all of these generous rewards through these codes from All Star Tower Defense! If you want to redeem more free in-game resources in the future, you can visit this article from time to time as we update it as soon as new codes are released by the game’s developers.

If you’ve seen other active or working codes that are not present here, you can share these freebies in the comment section so we can add them to the article as soon as possible. Also, let us know of any invalid or expired codes listed under ‘working’ here so other players wouldn’t have to waste time redeeming them.

For other Roblox games worth trying, check out our Shindo Life and Noob Army Tycoon codes for more rewards! If anime-style content is your favorite, hop to our post on the best anime games for various platforms!

By Lia Pangilinan
Follow:
A passionate content writer with a penchant for all things in the realm of Asian pop culture. Lia enjoys listening to Halca and CHiCO with HoneyWorks on repeat and playing RPG like Genshin Impact.
Leave a comment