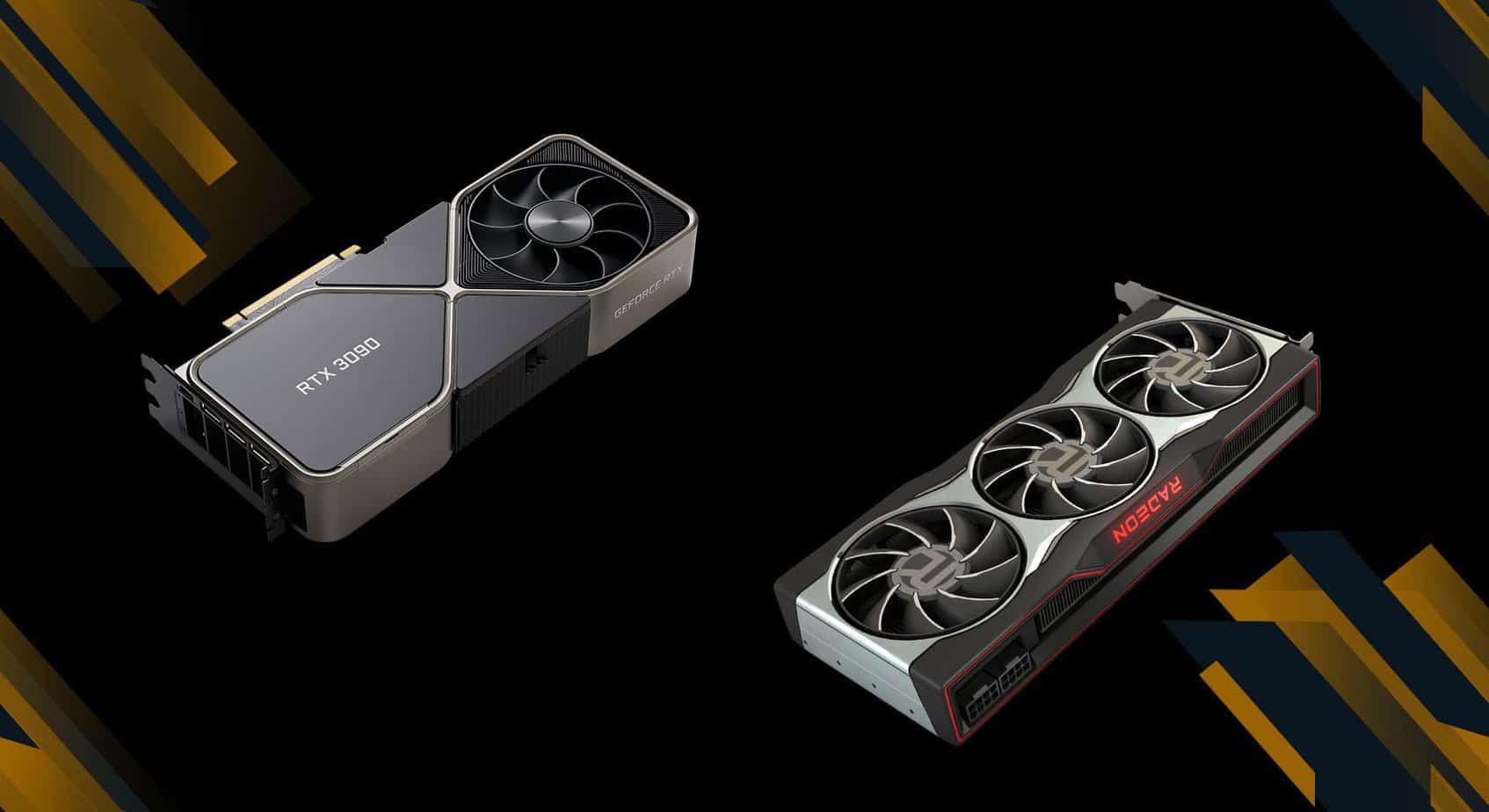 The Intel Core i7-11700k is the epitome of performance CPUs in 2021. If you’re building a gaming PC that’s powered by an i7-11700k, then you need a beefy GPU that can keep up with the CPU’s performance without bottlenecking. If you try and save up on the GPU, then you won’t be able to utilize the full capacity of the new Rocket Lake CPU, hence a high-end GPU is a must. Don’t skimp on RAM either, if you’re going for a beefy processor and GPU, don’t hold back on RAM.

When you step out in the market on a hunt for the high-end GPU, you’ll find that the same graphics card is marketed and manufactured by various brands. So an RTX 2080 is sold by Nvidia, under the name of ‘Founder’s Edition’, as well as by various third-party vendors such as MSI, Asus, EVGA, and Gigabyte.

What makes the decision even tougher is the fact that all these cards slightly differ from each other, both in terms of specs and appearance. So should you go with a reference card or dwell into the nitty details of third party cards?

We reckon that you should just set a reference card, such as RTX 3080, and then buy whichever brand is available or matches your rig. An Asus RTX 3080 and an EVGA RTX 3080 won’t be afar from each other in terms of performance, despite a few dissimilar specs.

We’re not going to sugar coat this part, new high-end GPUs are in short demand, thanks to crypto-miners. To make matters even worse, we have GPU hoarders, a most cunning breed of humans that buy huge lots of GPUs and sell them at a tag higher than the MSRP. Nvidia even nerfed their 30 series GPUs to shoo the hoarders away, but that hasn’t really improved the situation either. In fact, the new RTX 3070 and AMD’s RX 6800 cost about half as much as last gen’s best card, that’s the RTX 2080 Ti, yet match or beat it in performance. However, it’s an ordeal to find the RTX 3070 and RX 6800 at MSRP or less.

All in all, high-end GPUs that can match the performance of i7-11700k are hard to find. In such a situation, there’s isn’t a lot that you can do. You can either pray to lady luck or opt for the last-gen GPUs, such as RTX 20 series or AMD’s 5000 series, both of which are quite capable GPUs. Either way, we urge you to steer away from hoarders, even if you can afford their asking price. We, as a community, must take a stand against hoarder to discourage such practises.

Now with all that out of the way, let’s dive into the best graphics cards for i7-11700k.

If you’re simply looking for the best of the best, then it doesn’t get any better than Nvidia’s GeForce RTX 3090. The specs of this GPU are simply off the charts. We’re talking about 10K GPU cores, 1695 Boost Clock and a whopping 24 GB VRAM. In fact, it’s almost 20% faster than the RTX 3080. To put that in perspective, you can run Crysis Remastered at 63 FPS, Horizon Zero Dawn at 89 FPS, and Assassin’s Creed Valhalla at 56 FPS, all in 4k resolution. If you drop the resolution down to just QHD, you can expect to hit 100+ FPS on all major titles.

On the flip side, the beastly performance doesn’t come cheap. You’ll have to shell out upwards of $1500, almost twice as much as an RTX 3080, to get an RTX 3090. Even if you do have that budget, you’ll have a tough time finding an RTX 3090 in stock at MSRP.

An RTX 3090 paired with an i7-11700k is a dream team that will future proof your build for the coming years.

To put it in a gist, the RTX 3060 Ti delivers RTX 2080 level performance, or even better in some cases, at a fraction of the price. Starting at just $400, the RTX 3060 Ti is not only a fabulous value for money but also the cheapest GPU with Nvidia’s Ampere architecture.

On the flip side, the RTX 3060 Ti is in short supply as well. It’s next to impossible to find a 3060 under $1000, which is more than double the MSRP of the GPU. Nvidia nerfed the 3060 by halving it’s hash rates, which essentially makes ETH mining slower. However, miners swiftly bypassed the nerf and made the supply worse. 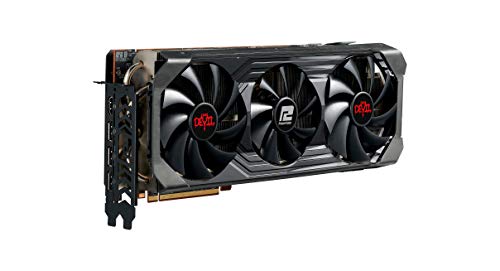 The AMD RX 6800 XT is AMD’s frontrunner in the GPU race, going head-on against the RTX 3080. Compared to AMD’s last-gen 5800 XT, the RX 6800 XT packs some massive gains. The biggest improvement is the addition of Ray Tracing, something that fans were dying to see in AMD’s last-gen cards.

Coming to the specs, the RX 6800 XT packs over 4.5k RDNA cores and an alluring 16 GB of VRAM. The clock speeds are simply off the charts, with the base clock hitting 1825 MHz and Boost Clock hitting over 2000 MHz. AMD has achieved all that without drawing any significant power. Nicknamed the ‘Big Navi’, the 6000 series packs a massive 128MB Infinity Cache which, according to AMD, improves the bandwidth by 119%. The only minor complaint we’ve got is the fact that RX 6800 XT’s Ray Tracing capabilities do not stack up against Nvidia’s architecture, but that’s partly because most games out there are currently tuned to Nvidia’s architecture. So it’s bound to improve in the future.

Coming in at a cheaper price and performing better than the RTX 3080, AMD RX 6800 XT is the clear winner between the two. However, we’d urge you to stay away from the pricey RTX 6900 XT with only offers a minute improvement for a 50% price bump. Compare that difference to the one between RTX 3090 and RTX 3080 and you’d realise that the RX 6900 is a rip-off, especially given the fact that there isn’t any extra VRAM either.

If you’re tired of reading about GPUs that are out of stock or going in black, then take a look at AMD’s last-gen faithful RX 5700 XT.

AMD introduced a new GPU architecture with the RX 5000 series and disrupted Nvidia’s monopoly in the GPU market. Based on the 7nm architecture, the AMD RX 5700 XT is a mid-end GPU that delivers a bang for the buck. The card packs 8 GB of VRAM with solid clock speeds.

I’m not going to lie and say that AMD RX 5700 XT is up to speed with the RTX 3000 series. The performance is comparable to 2070, which is not bad at all. You can easily crank the settings up to Ultra or Max at a resolution of 1440p and still hit 60+ FPS on games like Cyberpunk 2077, Red Dead Redemption 2, Control and Assassin’s Creed Valhalla. The only seeming drawback is the lack of ray tracing cores.

The Rocket Lake Intel Core i7-11700k is a capable processor and deserves an equally capable GPU. We’ve listed the GPUs that support i7-11700k, however, a lot of them may be out of stock in your region. The best way to counter that is either waiting for them to restock or buying last-gen GPUs.

Despite being beefy GPUs, we did not list any RTX 2000 series cards simply because of hoarders. The RTX 2000 series cards are still fetching high prices in the mining community and that has led to a short supply for gamers. The RTX 2080, for example, is going for $1500-$2000 on Amazon and NewEgg, which is the same as the MSRP of an RTX 3090 and more than the black market value of RTX 3060, which boasts a similar performance.

All things said and considered, we’d urge you to look for RTX 3000 series cards. Nvidia is working hard to fulfill the demand and the GPUs are the best companion of your  i7-11700k.