10 Best Runes In Tribes of Midgard 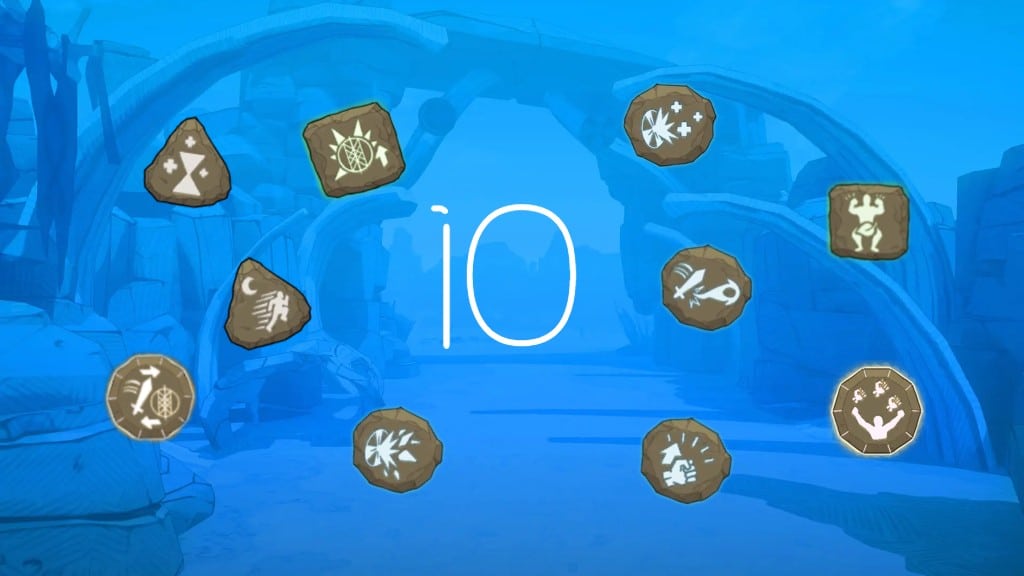 Norsefell has created a lot of hype since the game’s July launch and we’ve seen players immerse themselves in never-ending Viking combat in Tribes of Midgard.

These passive abilities that you can gain from one Saga can greatly turn the tides of your journey. With over 30 of these buffs that are currently available, we tackle the best runes in Tribes of Midgard from the common ones up to the legendary ones.

Take note that these runes are obtained randomly from chests and enemy encounters so if ever a rune doesn’t fit your class, you can always ping it on the map for other players to use if you’re playing multiplayer.

Also, once you get the rune, you cannot drop it so the only way to get rid of it is to destroy it.

If you’re planning to do quick map scouting during the early days of your Saga run, having the Banner Time rune can save you time from looking for other wells to heal in case you’re low on health.

All you have to do is stand still and you’ll receive a pool of 150 health every three seconds. This rune is also helpful in the early game especially if you’re partying up with a couple of friends in multiplayer.

This rune gives you 20% movement speed during the night making it one of the most underrated runes on this list. If ever you plan on doing a quick survey of Smoky Highlands during the night, this passive might come in handy since you won’t get burned while exploring.

Once the morning starts and you’re still inside that area, you can easily teleport back to the village with your rune or via the fast travel shrines that you might encounter along the way.

Nott For Speed is most useful if your party has a Hunter and he takes care of collecting night resources. Examples are Mushroom Moon Bolts, Starlit Seaweed, and Evening Rowan Drops. So this is where most of its utility blessings come to play.

If you manage to reach Fimbulwinter, the Seer can benefit from this perk the most since it can give him additional speed along with his Hasty Attack and Tempered blessings. For other classes, you would need to craft armor with cold resistance.

Soul Powered used to have 10 damage per 100 souls but the devs nerfed this rune in their 1.02 update to 5 instead. Regardless of this tweak, this rune is still a decent passive to have whenever you go on a Saga run.

This rune can accommodate up to 10,000 souls so you have the potential to stack up to 500 damage points and it’s best paired with Soul Mate if you want to hoard these souls quickly.

Also, if you decide to use this on a Warden class especially on a solo run, you might be able to greatly reap its benefits quickly due to the fact that it can buy resources for fewer souls and sell for higher souls through its Haggle blessing.

This rune gives the player an additional 30 damage for every missing armor and this also has the potential to climb up the ranks of this list at least into the top 5 if you’re lucky to stack at least two of these runes and you’re fighting without any armor on.

Combine it with a Seiðr Weaver plus Soul Powered and turn yourself into an unstoppable menace. Imagine killing Jotunns in less than two minutes with the correct weapon builds.

Players have the chance to do 150 damage or more with Nothing To Hide and it’s best used if you’re quickly clearing both the Glacial Peak and Smoky Highlands areas with the Seer’s Tempered blessing.

One challenge with abusing this rune is that you may need to stack on some health potions since you’ll be sacrificing armor in the process unless your class build has insane healing abilities like the Seer.

Blocking an attack with your shield triggers a healing pool of 200 HP and this is very useful when you’re using either the Guardian or Sentinel class.

It’s also a decent rune when doing solo runs increasing your chances of survival. Banner Time can also be a good complement with this rune especially if you’re not using the Seer class for your Saga runs.

The Booming Shield rune has the ability to trigger an explosion that deals physical damage whenever you block an attack. It’s a good passive skill with the Sentinel or Guardian’s blessing trees.

This rune can also probably make a Berserker extremely overpowered if combined with its Wraith Unleashed blessing delivering double explosions if you get lucky.

But if you’re playing as a Berserker solo and you don’t receive your Wraith Unleashed blessing right away, the Booming Shield can be a great alternative AoE while you level up in your Saga run.

This rune gives off 20% more damage when your mana gauge is full. Pumped Up can be the Warrior’s best friend since he has the most mana perks from all the classes.

It can also boost up equipped weapons which is a big help to some classes that don’t have ample weapon buffs in their current blessing tree.

Imagine having Fenrir’s Fang in your loadout and getting additional damage with this rune, your hits become legendary.

Pumped Up can also be a good alternative to Soul Powered if most of the time you get killed in your Saga runs.

However, if you manage to survive well with Soul Powered, then Pumped Up can drastically increase your damage output along with Nothing To Hide.

Who wouldn’t want a passive skill that has a chance to hit enemies with magic projectiles while doing magnificent combos? Here’s where Seiðr Weaver comes in.

Giving the user a 30% chance to wreak havoc, even stacking two of these runes is enough to help you survive beyond Day 10 of your Saga run with the Warrior class.

This can be a great partner with Pumped Up and even Nothing To Hide if you purely want to focus on damage output. But if you’re class focuses more on defense, then this rune can help out in balancing your class build.

Overall, this is a must-have when it comes to magical offense in this best runes in Tribes of Midgard list.

If you want to put your roguelite skills to the test, then you may want to consider searching this rune. Ragnarage gives away 20% to anyone surrounding the player and it includes your enemies as well.

This passive skill is a perfect complement if you have the existing offensive rune buffs such as Soul Powered and Seiðr Weaver. Put in Nothing To Hide and strip all your armor for a completely satisfying hardcore Viking bloodbath.

However, Ragnarage is also the hardest to unlock since you need to reach level 47 in the season pass.

Soul Mate gives the user 2 souls each time you hit an enemy but the catch is you lose 4 souls if an enemy manages to hit you.

Since souls are the most valuable resource in this game, it is fair to place the Soul Mate rune on the top spot.

If you’re playing multiplayer, this could greatly benefit your class because you can let your other teammates absorb the enemy damage while all you have to do is quickly clean up the enemy waves.

Combining this together with Ragnarage just makes your class feel like a Norse god with the added perk of slightly buffing your enemies making it an ultimate speedrun challenge but this isn’t possible yet because each map seed only gives away one legendary rune.

So if you get either Ragnarage, Soul Mate, or Golden Egg, that’s the only rune that you’ll be getting for the entire Saga run.

But if you’re into solo runs, expect a more challenging endeavor because you have a higher risk of getting hit by hordes of enemies, unless you’re a good dodger.

Unlocking this rune would require you to complete all Saga quest objectives including slaying the Fenrir.

Now that you’re familiar with the best runes in Tribes of Midgard, it’s time to discover different passive combinations for your chosen class in our tier list.

If you weren’t satisfied with the list and you want to further experiment with different styles in Season 1, you can also save this tweet from our friends over at Valhalla and see what other runes can benefit from your play style.