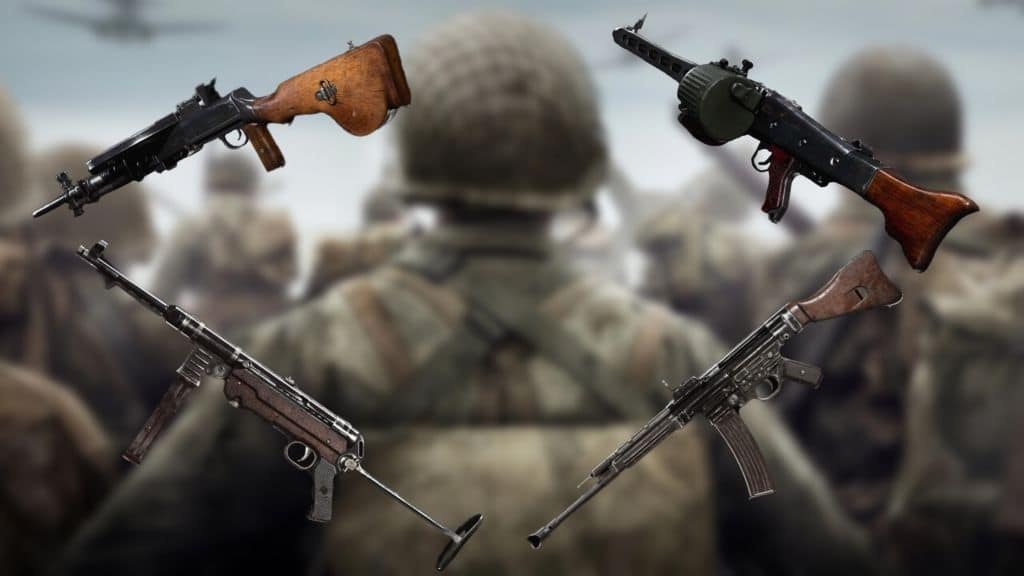 Each and every year, Call of Duty gets a new game for the passionate first-person shooter gamers out there. So naturally, many people are thinking about how good the guns are and how the TTKs (time to kill) are for each gun. Well, for those of you avid World War II lovers out there, the guns feel amazing, and barring a couple of bugs and audio issues, the game is great! Today, we’re going to talk about the guns in Vanguard. The 10 best weapons in Call of Duty Vanguard, to be precise!

These weapons are reviewed by me – a casual gamer who doesn’t know how to dive deep into the statistics and data.

Keep in mind that these are the best weapons for the multiplayer Vanguard, and we’ll possibly have a different list for you when the guns get integrated into Warzone.

Make sure you have the right hardware before purchasing the game. If you’re looking to get a CPU or RAM to improve your Vanguard experience make sure to read our articles on the best components.

Here are the guns in no particular order!

Unlocked as the fourth AR in CoD Vanguard, you’ll have a lot of time to try out and level up the Volk. It’s a great close-quarters AR and offers a variety of amazing base stats. You’ll feel like you’re flying through the multiplayer maps on Vanguard because of how quick and mobile this AR actually is. The only downside to this gun is the recoil which is pretty hard to recoil, but with the 10 attachments that the game allows you to choose, you’ll be able to tame this beast of a gun!

In order to tame the Volk, you will need to use the regular AR attachments, which are used to increase recoil control, damage output, and range. In order to do this, however, you’ll need to sacrifice a bit of that movement speed and mobility. Here’s the best loadout for the Volk:

This is one of the most sought-after weapons in CoD Vanguard. So, it’s easy for me to say that the MP40 is the best SMG that you can get in the game. It possesses some of the best base stats in the game, with amazing times to kill and a great balance between accuracy, mobility, and handling. However, after putting on the attachments, you can build the MP40 into whatever your style of play is. You can even make it a long-range gun (not that it would be a really good tool for that), but you can get the accuracy and hit your shots. The following loadout is created by one of the best CoD professionals and world champion Chriss Durate. It’s built for short to mid-range battles, and if you hit your shots, it has really fast TTKs.

As you can already notice, there are some unused attachment slots. This is because the MP40 doesn’t need any extra attachments, and if you add them, it might affect the weapon negatively.

If you’re looking for a fast killing machine that you will be able to control, then this loadout will be perfect for you! However, in order to gain the best stats in this department, it has to lose a lot, and I mean a lot of mobility. So, bear in mind, if you choose this gun, you’ll be really slow. If you fully kit out the DP27, you’ll get an even better gun, but not even the attachments will help you with mobility. The following loadout will kit the DP27 with the best possible attachments in order to be a long-range killing machine!

The STG 44 will be a well-known gun to seasonal Call of Duty players. They’ve been pretty consistent with it along these years. This gun has always been somewhere amongst the top 10 guns in call of duty titles. Although this gun is an amazing gun, there are some areas where it is lacking, specifically in the long-range damage and accuracy department. Well, this build improves just that.

In the beginning, this gun will look so bad to you. That’s until you unlock the 40-round mag attachment, which takes this gun to a whole new level. Once you unlock it, you’ll be surprised by the mobility, damage output, and accuracy that this gun provides. The TTKs are insane, and you can even run it as a primary weapon. Yes, it’s that good! Some call it a pocketable SMG.

Two out of the 3 available machine guns have entered our 10 Best Weapons in Call of Duty Vanguard list. That should tell you something about LMGs in this game. Of course, just like with any light machine gun, you’ll have difficulties moving around the map. But the good thing is the fact that it’s a long-range, fast-killing machine. The only other downside alongside the mobility is the fact that its per-shot damage is a bit low for an LMG.

A Charlton-inspired automatic rifle that’s a great option if you’re an aggressive player who moves constantly. To be quite frank with you, the NZ41 lacks significantly behind the better STG and Volk guns, but it provides you with amazing speed and fire rate, which are great if you’re jumping from one fight to another. The main downside to this gun is its aggressive recoil, and in order to tame it a bit, here’s how you can build it.

Many of the attachments provided for the NZ41 are worse to use them than not to use them. So, that’s why we’ve gone with only 6 attachments. This makes the gun usable and doesn’t subtract too much of its base stats.

You might recognize this gun if you’re an avid player of Call of Duty. It’s the Thompson, and they’ve used it in many World War II-inspired Call of Duty games. So, what’s the good and the bad with this gun? Well, one of the best things is the fact that it’s an SMG which makes it only the second SMG to make it into our list. So, it’s a great option if you’re playing smaller maps and if you’re fighting in the close to mid-range fights. However, when you get into the longer mid-range, the M1928 gets really unusable.

If the 3-line Rifle Gunsmith isn’t your cup of tea, or you want to cure the nostalgia by playing a recognizable gun, the Kar98k is the sniper built for you. It has a great quick scoping potential, and the fact that it’s even quicker than its 2019 Warzone counterpart makes this gun a pretty viable option for even Warzone when it comes to the game. So, for now, if you’re spending time in multiplayer trying to quick-scope people, then you can go either with the Kar98k or the 3-line Rifle Gunsmith.

The American forces Browning Assault Rifle (BAR) is one of the hardest-hitting assault rifles in the game. Despite its slow fire rate, the BAR has insane TTKs just because of the fact that it hits like a tank! The attachments that we’re using in the BAR loadout would help it become one of the fastest killing guns in the game by taking only around 4 shots, depending on where you’re shooting. But it doesn’t matter how you build it. You can’t get around the slow fire rate of the BAR. So, here’s the best loadout for the BAR, in my opinion.

Thanks for taking the time to go through our article. If you have any other gun that you might think is doing better than the ones I’ve mentioned, please mention it in the comments section below, and I’ll do my best to test it and compare it for you! Share this article to help your friends get better at Call of Duty.