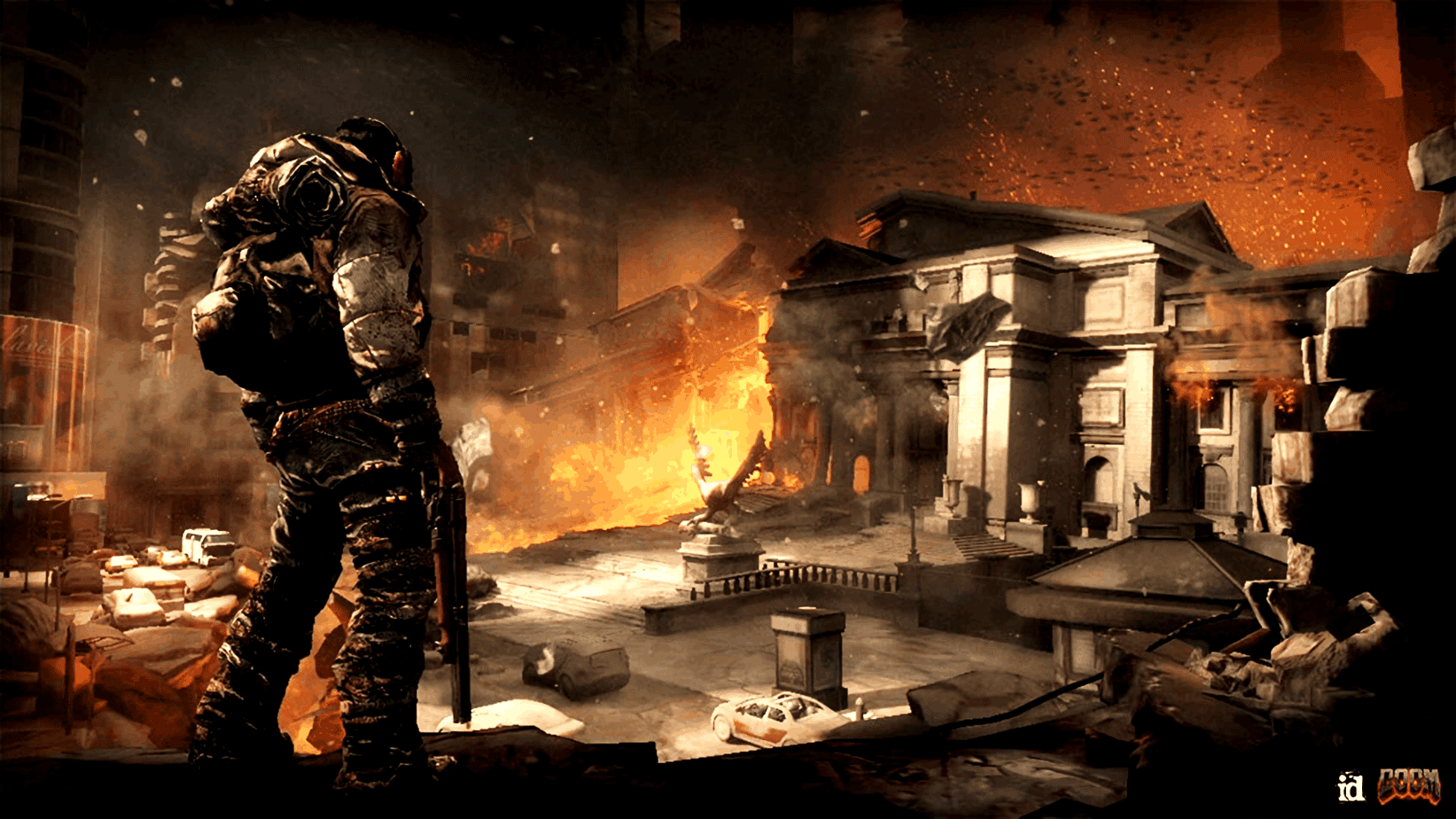 A DOOM fan who goes by the name of Crispies on Twitter and Youtuber has emerged again with unseen cinematic stills and character portraits from the unreleased DOOM 4 CG trailer.

The post is a commemoration of 2016 DOOM which turns 5 in 2021. The leaked stills are from a canceled DOOM 4 game from 2011. ID Software meant to give the game a new life after a long pause since 2004’s DOOM 3. However, the project could not be materialized.

2011’s DOOM reboot looked pretty different in contrast to the beloved 2016 reboot. Instead of the masked DOOM guy, a burly military man was the protagonist of the game.

In addition to a lot of big ugly monsters, humans were also a part of the enemy rooster. By the looks of it, the humans were apparently possessed or demonized as indicated by their eye shadow.

Overall, DOOM 4 had a much more post aploclyptic military vibe rather than the whole “DOOM guy in the Hell” dark fantasy. Even the gore levels were shy as compared to the 2016 DOOM reboot, however all we have from DOOM 4 are early prototypes.

As exciting as it looked like, the game never saw the light of the day. The project had been “Indefinitely Postponed,” which is just a nice way to say “cancelled”. Apparently, Rage’s disappointing launch forced Bethesda and parent company Zenimax to make the decision to “indefinitely postpone” the development of Doom 4.

Back in 2011, Kotaku got a comment from Pete Hines, the global marketing and communications head of Bethesda.

“We don’t comment on unannounced games and DOOM 4 hasn’t been announced (though I appreciate that id has previously referenced DOOM),” Hines said. “Games are done when they are done and no title under development at id has been postponed – indefinitely or otherwise.” ~ Pete Hines

DOOM 4 looks like a worthy game that never got to see the light of the day. Perhaps these ideas will make a comeback when Bethesda and ID Soft decide to reboot DOOM in another age.