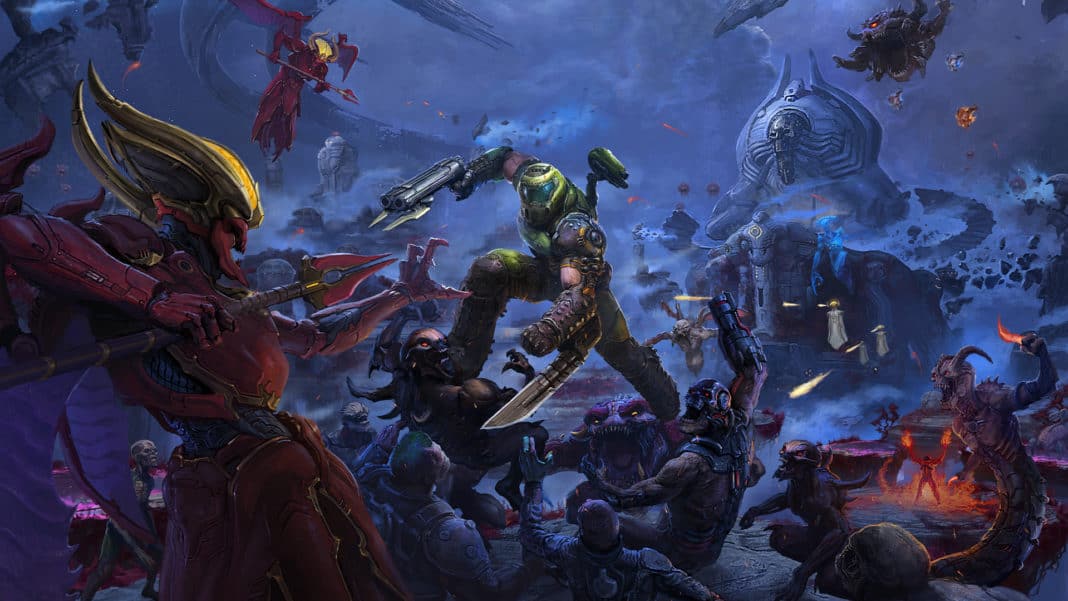 DOOM Eternal: The Ancient Gods Part 2, the second entry to the DLC campaign episode for Doom Eternal, has been officially rated in Australia by the Communications Branch of Australian Government. While the ‘R 18+’ rating is no surprise, it’s a Doom game, after all, the rating hints at a spring or summer 2021 reveal.

While we knew that DOOM Eternal was getting another DLC, there were no official or even substantial details going about it. Going by the timeline of DOOM Eternal: The Ancient Gods Part 1’s rating and release, the second part could be coming as soon as March 2021.

However, we believe the possibility of that happening is pretty slim since the publisher needs a hearty window to get the word going about and build up the hype about the game.

The Ancient Gods continue the journey of the DOOM guy after slaying the Khan Maykr, which has left an imbalance of power that threatens all of creation. Yes, DOOM is not just about slaying demons, but also about peace and power struggles. But if you just care about the demon-slaying parts, you’ll be happy to find new missions on new locations where you kill new types of enemies.

Keeping up with all the factors surrounding the release, summer 2021 sounds like a safe release window. However, you can expect an official announcement of DOOM Eternal: The Ancient Gods Part 2 in about a month’s time.