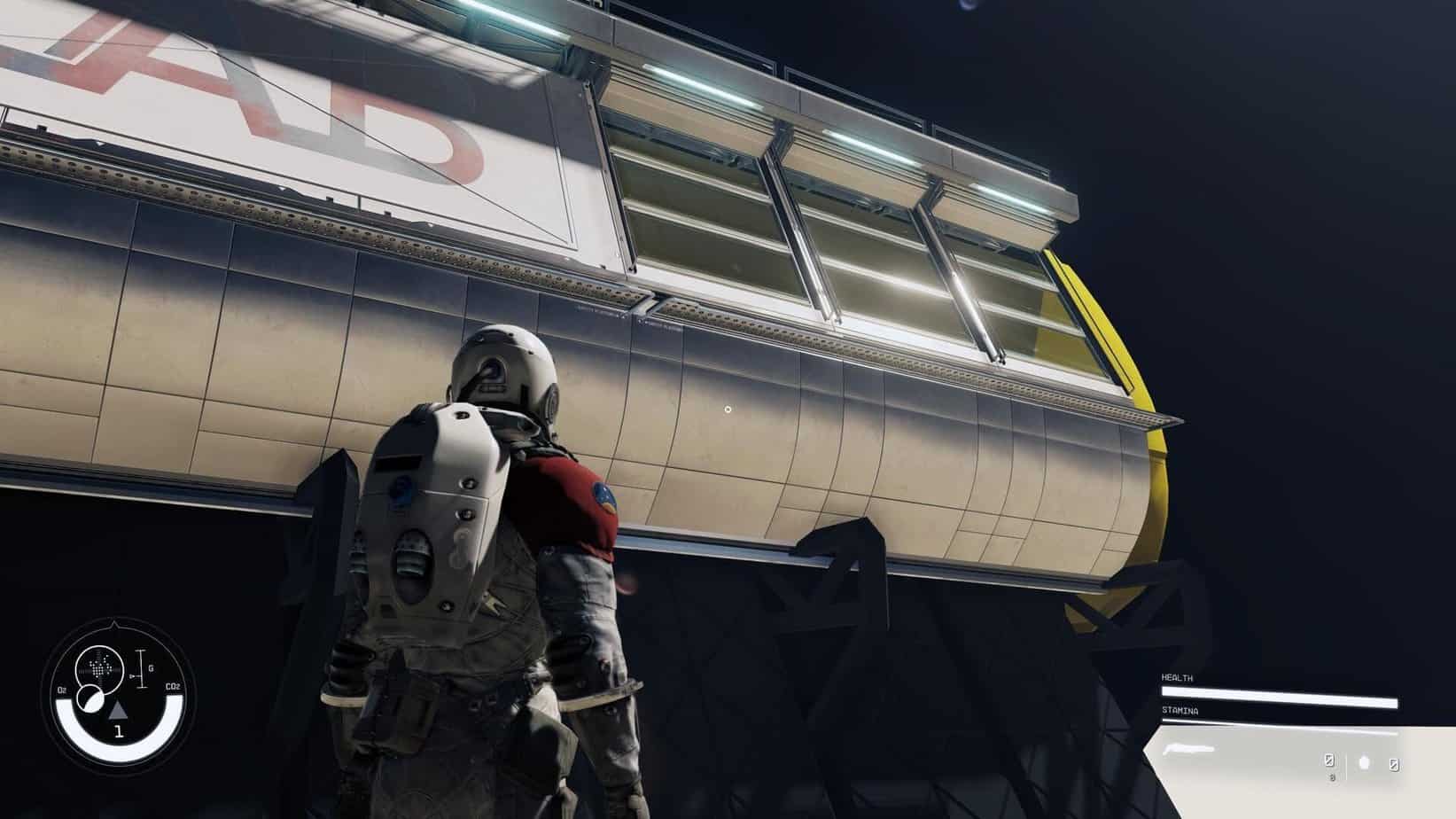 Bethesda’s next game, Starfield is just around the corner. While details of the game are still elusive and dance around in whispers, Bethesda has confirmed that the game will be built on the next-gen “Creation Engine,” Bethesda’s proprietary game engine.

Reddit user u/OdahP has compiled a long list of features coming to Bethesda’s next-gen Creation Engine. This post has all of it in it, be it leaked info, speculation, educated guesses, or publicly available info, however since Bethesda hasn’t confirmed all of it, take it with a grain of salt.

Let’s start with some general facts and interesting things regarding the size of this update the creation engine has received. The number of employees who solely worked on engine upgrades has increased by a magnitude of 5 (meaning there are now 5 times as many people working on engine stuff than before – sorry for the confusion). This is coming from Todd Howard itself. They now have several core engine programmers and various other coders and programmers to work full-time on engine stuff. Previously they didn’t have their own engine team but rather upgraded their engine on the fly/throughout the development time of their next game.

“This overhaul on our engine is probably the largest that we’ve ever had, maybe larger than Morrowing to Oblivion” -Todd Howard

And he’s right. They did….alot. Like I said they now have an entire dedicated team to engine related work. Which is why it took them longer than expected. This is going to power Starfield and all games after.

Even an outside company called theForge is helping them out with updating/customising their next-gen creation engine.

The stuff most people usually only care about when they hear “engine upgrades”. Which is why I put it on-top of my list.

In 2018 BGS implemented Vulkan API into their engine. As I’m not an expert in that regard I can’t really tell you what kind of improvements we will see because of that only that a) it probably makes raytracing more possible and b) it’s something a lot of games are using nowadays.

New layered material system:think of a vast library of decals in all sorts of shapes and sizes easily being appliable onto surfaces. Games like Star Citizen or Doom Eternal use this tech to easily change the looks of a wall or any kind of asset. Its fast, easy and very modular. Perfect for creating or changing the environments.

This can also be applied to textures.

Photogrammetry:3D real environment scanning will be used from now on and you’ll likely see it in Starfield (heck you can already see it being used/experimented with in Fallout 76 to a smaller extent).

They are using realityCapture for archiving, photographing and capturing all the real world assets.

Right now creation engine handles shadows in a different way than other game engines do. Shadows, shadow draw distance and shadow quality will be much better from now on. Right now the way the engine handles shadows is by using the CPU, instead of GPU. This will change with a new renderer that they implemented. The days of ugly shadows shall be over.

If raytracing is implemented into their new engine expect it to handle alot of shadowy aspects of it.

Bethesda Game Studios is now using real-time global illumination/dynamic lighting tech called “Enlighten” from siliconstudios. Global Illumination adds alot of realism to a scene and can do wonders in games.

Ray-Tracing:Before anyone gets hyped about it, no. There is (almost) no indicator that future games will support ray-tracing, due to the changes they’ve made and now having a core engine programmer team they might support it however. “So you’re telling me theres a chance?” Yes. There is a chance. Alot can happen within 3-5 years. However if their next game Starfield supports ray-tracing I doubt it was a design decision from the very beginning.

Their new engine will support/power an entirely new animation system. Since future games such as Starfield will have to support zero-G and now…for the very first time in a BGS game ever….working ladders!!! …its animation system is going to have to support a whole lot of new animations. This imo is going to be one of the most interesting engine upgrades creation engine has ever received.

Animators recently switched to Autodesk Maya to create/animate their animations. Maya is one of the “industry standards” for animating in video gaming. Other companies such as Naughty Dog or Ubisoft use it aswell. It’s only a minor change and probably won’t change much but I thought to mention it aswell.

Havok behaviour has been replaced with a custom animation system (which doesn’t mean Havok is gone/replaced entirely).

/Crabrave 60fps cap is gone /end Crabrave. Of course, this is going to be implemented from 76 into Starfield and every other game. Tying the physics and game to the framerate may have worked in the past for them but also came with a huge set of limitations. Everyone should be thankful it’s gone.

I added Physics right under animations because they usually go hand in hand. Bethesda isn’t going to ditch Havok. Instead it will be further improved upon and modified to support things like zero-g environments and other stuff that will be needed for Starfield. (This is also why BGS now needs a dedicated core engine programmers team). People seemed to suggest that they might ditch Havok but that contradicts to what job listings in the past have indicated, they instead improved on it and maintained it. Now animations, streaming and physics are going to be vastly improved.

I can see the usual “stiffness and staticness” that we are so so used to in BGS games being a thing of the past. RIP.

Procedual generation:has always been a part of creation engine. Back in Oblivion times their Forest generation tech was incredible, never before have we seen such detailed and procedually generated forests in a video game.

This time alot of focus has been put on procedual tech. …Which is understandable when you want to make a space exploration-based video game. This is where Starfield is probably going to set itself apart the most (apart from being well…in space) from Fallout or The Elder Scrolls.

Rendering distance:”sixteeeeen times the details”. Yes, that ain’t a joke. Rendering distance was one of the MAJOR improvements in Fallout 76 and will be/has been further improved for Starfield. If you’re flying around in your spaceship which is also a fast, moving object you will need a much more improved rendering distance to see objects like other space ships, asteroids, planets, stations, etc…

Now this is going to be one of the biggest changes.Cell loading and streaming has been improved with every title so far but this time it’s going to be the biggest jump as I think this was one of the biggest hurdles Bethesda had to figure out throughout the development of Starfield and their next-gen creation engine.If you’re going to fly in your spaceship in space (or in atmoshphere) you’re going to have to make substantial changes to the way world cells are loaded in and out. SSD’s facilitating quick content streaming will definitely help out on that regard.”When we saw what we could do with the new tech…” -Todd Howard

Interior Cells: More and more interior cells are part of the worldspace nowadays as you can see from Fallout 76. More cluttering objects and more complex worldspace cells are going to be the norm and further advanced for Starfield and beyond.

As per Todd Howards words, future games will offer alot more NPC’s on screen than in previous games. This isn’t directly a thing because of engine upgrades but everything is connected in a way such as the more fine tuned and upgraded creation engine is and the better the consumer tech is the more will be possible to bring on screen at the same time.

You will be able to see entire cities filled with lots and lots of NPC’s on screen. I do not believe they are going into the direction of Cyberpunk but more like what we are used to from them just with more npc’s.

Radiant AI will make a return and be more advanced than in previous games. Random spawn entities in space is going to be very interesting.

Voice modulation tech for NPC’s. With this you can add lots of variety to npc’s voices without needing a bazillion different voice actors.

Todd already mentioned to expect improvements on AI pathfinding and hey, if everything else on the engine gets attention so does pathfinding. You’ll need tech to support for example pathfinding in zero-g environments, aka SPACE. Space isn’t 2D, you cant just throw doritos everywhere and expect ships/spacesuiters to follow them.

Space is a 3D environment which requires alot of changes and new stuff for the creation engine. They never really had real 3D-traversal environments in a BGS game this is imo going to be one of the most interesting things to see how creation engine will handle it.

This part of my write-up has not really something directly to do with next gen creation engine but its improvements will definitely have an impact on the game’s systems and new features:

Next gen creation engine will be better than ever for modding and also push Microsoft’s platform-wide modding system for consoles which is coming at a later date.