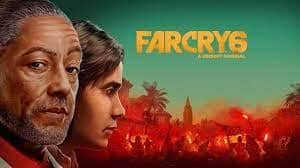 Far Cry is one of Ubisoft’s biggest gaming franchises. The first-person shooter game first sprang to life in 2004 and later got a bunch of new entries. The latest of them is last year’s Far Cry 6. While the game already has quite a lot of content it seems like we are getting a Far Cry 6 “Game of the Year” upgrade soon thanks to a leaker.

The game already has 3 DLCs currently with one being a Stranger Things collaboration and one dedicated to one of the franchise’s most remarkable villains, Vaas Montenegro. However, the GOTY version seems to be bringing another one on the plate and the news seems to be coming soon.

According to an acclaimed leaker Aggiornamenti Lumia, news about Far Cry 6 expansion is coming really soon. In fact, he has claimed that more news will arrive on October 6, 2021. This date will mark the game’s first anniversary as well.

The leaker was also responsible for leaking the initial details that included a picture with everything planned for the Far Cry 6 GOTY upgrade. The picture has since been taken down as a claim of copyright infringement. But you can see it here:

According to the leaker, the Far Cry 6 “Game of the Year” upgrade consists of the season pass for three DLC missions where you take on the roles of former Far Cry antagonists Vaas Montenegro, Pagan Min, and Joseph Seed; the Ultimate Pack of in-game items, which includes The Vice Pack, The Croc Hunter Pack, and The Jungle Expedition Pack and is all purchasable through microtransactions.

Aggiornamenti has also leaked the name of the expansion which is being termed “Lost Between Worlds”. While the leaker has stated this name there is no confirmation as Ubisoft is yet to say anything on the matter. It’ll be a good idea to wait till October 6 to get our official confirmation.

While Far Cry 6 wasn’t a bad game by any means it really wasn’t up there with the best of the franchise. There are fans and sites who have termed the game the best in the series. The feeling however isn’t mutual among all the fans. So, the naming scheme does feel a bit strange. Nonetheless, we are excited to see what Ubisoft has in store for us. Stay tuned as we will keep you updated.

Let’s wait for October 6 to see if we get news on the GOTY upgrade. Till then you can play the current version of Far Cry 6 on PC, PS4, PS5, Stadia, Xbox One, and Xbox Series X|S.

What are your thoughts on this news? Let us know in the comments down below.