Gamescom 2022: All Games Coming This Year 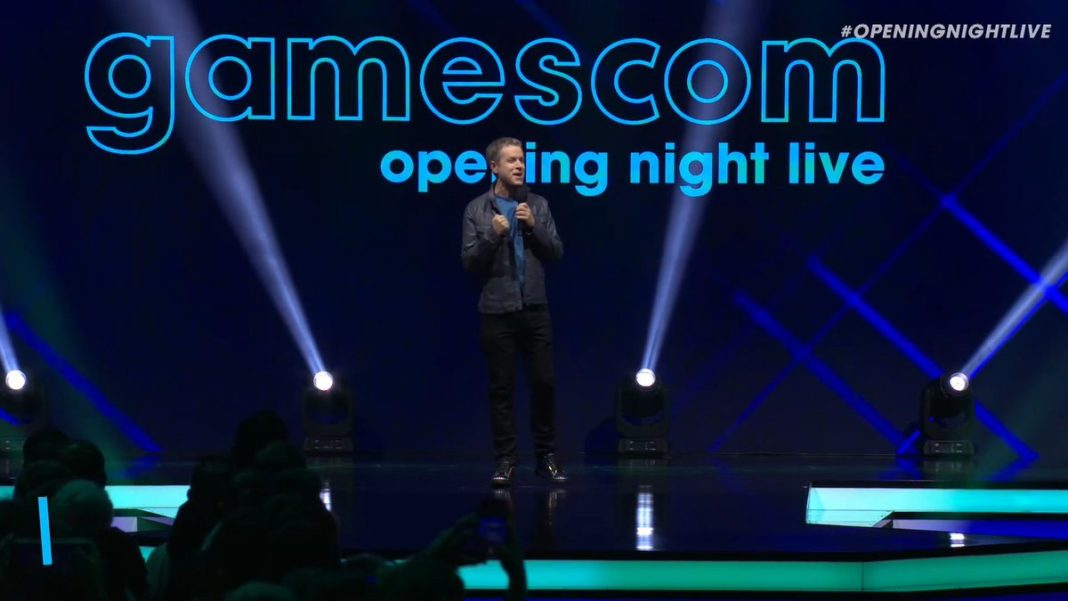 The opening night of Gamescom 2022 wrapped up yesterday. It brought us tons of new announcements, including games, TV shows, and hardware launches. While many of the upcoming games are listed for a 2023 release frame, a bunch of them will drop this year.

Here we have compiled a list of all the games and expansion packs announced at the Gamescom opening night coming our way this year:

Return to Monkey Island will be a new installation in the much-loved 90s series Monkey Island. The game, which will now debut on September 19, brings back the adventure series with updated graphics and other modernization while keeping the classic art style and point-and-click mechanics.

The game is slated to be a direct sequel to The Secret of Monkey Island and Monkey Island 2: LeChuck’s Revenge, though the devs have stated that it contains canon information from other games in the series too.

Moonbreaker is a table-top tactical game that follows the turn-based strategy gameplay approach. It has been set in the sci-fi universe, brought to life by the award-winning author Brandon Sanderson. Players will be required to defeat opponents in fast-paced battles using tabletop-style miniatures that they may enhance and personalize as they play. The game will be first available in early access on Steam.

New Tales From The Borderlands

Gamescom also brought a brand new look at the upcoming Batman universe game Gotham Knights. While we already knew a lot about the game a surprising unveil was the release date. The game is now launching almost a week earlier than the previously announced release date.

The new trailer termed ‘Villains’ showcased the main villains in the game, including Harley Quinn, Mr. Freeze, Clayface, Court of Owls, and the Penguin. The game has also been officially announced as next-gen so older consoles won’t support it.

The advent of the Ottomans and Malians will increase the game’s roster of historical civilizations, according to new material that Age of Empires IV developer World’s Edge has revealed. The most recent updates will be released in an anniversary update that coincides with the first anniversary of the launch of the free-to-play real-time strategy game.

In the cruel civil war-torn medieval region of Calradia, where Mount & Blade II: Bannerlord is set, entire kingdoms have fallen and risen. You may gather your army and go into combat, besiege forts, develop covert criminal enterprises, and more in an open world.

The strategy RPG was initially launched on PC and was loved by the gamers. The console port had been expected for a very long time, and at Gamescom, we finally have its official announcement. There are also rumors of a Switch port which we might see later.

Sonic Frontiers was a heavily anticipated game. We reported the release date even ahead of the official announcement. The game will feature a fresh take on Sonic in an open-world game.

The game’s plot unfolds when Sonic finds himself stuck on an island populated by strange creatures while looking for the missing Chaos Emeralds. To unearth the mysteries buried across the Starfall Islands, you must face swarms of formidable foes while wielding the might of the ancients. Sonic Frontiers is now available for pre-order.

The Callisto Protocol, a game that looks a lot like Dead Space, debuted a brand-new gameplay trailer. The gameplay was captured on next-generation hardware (presumably an Xbox Series X or PS5) and included dramatic scripted moments, harsh battles with horrifying monsters, unfathomable gore, and area exploration for supplies.

Although we already had a release date as well as a previous trailer for the game, the new one features a fresh new look. Also, the release date is now closer than ever, with just 3 months to go.

Gamescom also showcased High on Life which will be an Xbox and PC exclusive. The game looks really fun with Rick and Morty style characters combined with goofy and funny guns that talk back when you use them from a first-player perspective.

The game’s peculiar tone and armories, such as its talking knives and firearms, the player’s ability to grasp onto flies using a frog’s tongue and swing about, and a battle with the monster 9-TORG, were prominently displayed in the trailer for High on Life.

We have to admit we weren’t expecting Goat Simulator to launch this year. But here we are back with the fun gameplay where goats wreak havoc. We also got a gameplay trailer for it at Gamescom.

The game brings back more of the same from the original with more polished graphics and mechanics. Our favorite genocidal goats are back and more dangerous than ever. All the goats can be seen with an impressive arsenal of weaponry, including jet packs and rocket launchers, to name a few.

Surprisingly, the game will be next-gen only and not launch on older consoles. If you are on a PC, here are the requirements.

Gamescom opening night was really wild, and it had almost everything we were expecting. On that note, what is the game that you want to play the most? Let us know your thoughts in the comments down below.