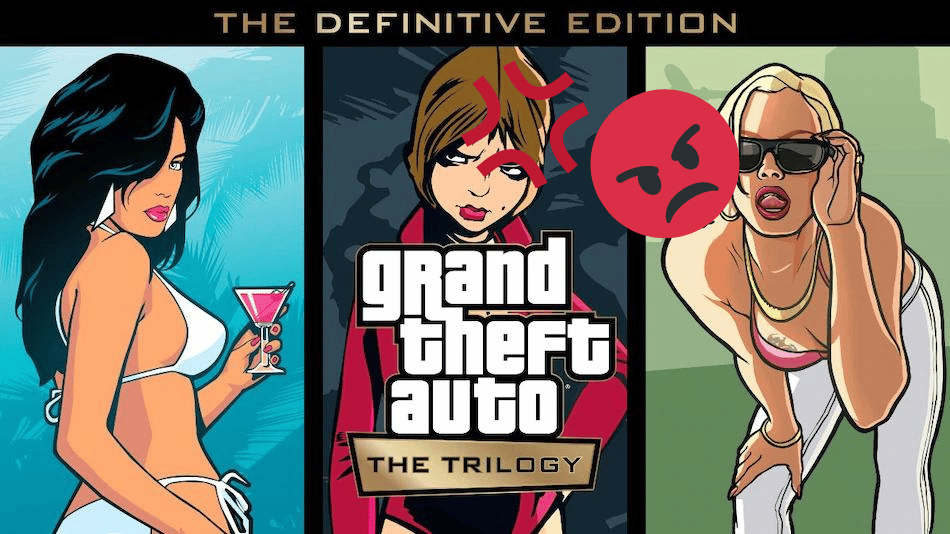 Rockstar really hyped up its release of GTA The Trilogy-Definitive edition. It wouldn’t be wrong to claim that it was one of the 2021 releases fans were really excited for. This trilogy includes the three major GTA classics, namely GTA III, GTA Vice City, and GTA San Andreas. As the remasters go, this definitive edition was supposed to have improved gameplay, visuals, and some changes that would put these games supposedly on the level with the newer games. The trilogy is also playable on next-gen consoles and PC with frame rates up to 60 fps.

That all sounds perfect. Anyone who has played these titles possibly did so in their childhood/teenage years. And now they are excited at the prospect of taking a nostalgic dive but with a promise of an even better experience.

But does this trilogy really live up to the hype? Not so much.

Fans who have played this game are coming out claiming all sorts of things that are wrong with this GTA Trilogy-Definitive Edition. Redditors are writing threads saying that Rockstar should be ashamed of itself. To them, it seems like a shoddy attempt at a remaster just to keep the loyal fans engaged with something.

There are glaring glitches in the game that reek of half-assing the development, whether the Rockstar and the developer “Groove Street Games” like to admit it or not. An interesting take on the developer by the Redditor u/RagingDraugr goes into detail about why fans shouldn’t expect much from them in terms of quality.

Formerly known as War Drum Studios, Rockstar has hired Grove Street Games to work on remasters of GTA:SA for Xbox 360 and PS3 and mobile ports of other Rockstar games. All these projects in the past have got the flak for poor quality. It turns out changing just the studio’s name doesn’t really make a lot of difference, and fans are no less than detectives! Why didn’t Rockstar learn from its previous mistakes and hire somebody else is anybody’s guess. Moreover, the fact that this studio still has a “lorem ipsum” section on their website seems to indicate the habit of leaving things unfinished.

Let us now look at screenshots of why fans are disappointed at spending $60 for this “Definitive Edition.”

Not Everything is Bad

We are not saying that the game is all bad. Fans are also claiming that the nature looks incredibly well done. Others are praising it for its gameplay elements like the weapon loadout and aiming. But the consensus does seem to tilt towards the negative end.

Have you played the GTA Trilogy yet? let us know in the comments about your experience!

By Zubair Shahid
Follow:
Gaming and writing are the two things I am passionate about. I have a deep connection with videogames ever since my childhood, and I have merged writing and gaming to create content for my readers that is entertaining, fun, and valuable!
Leave a comment