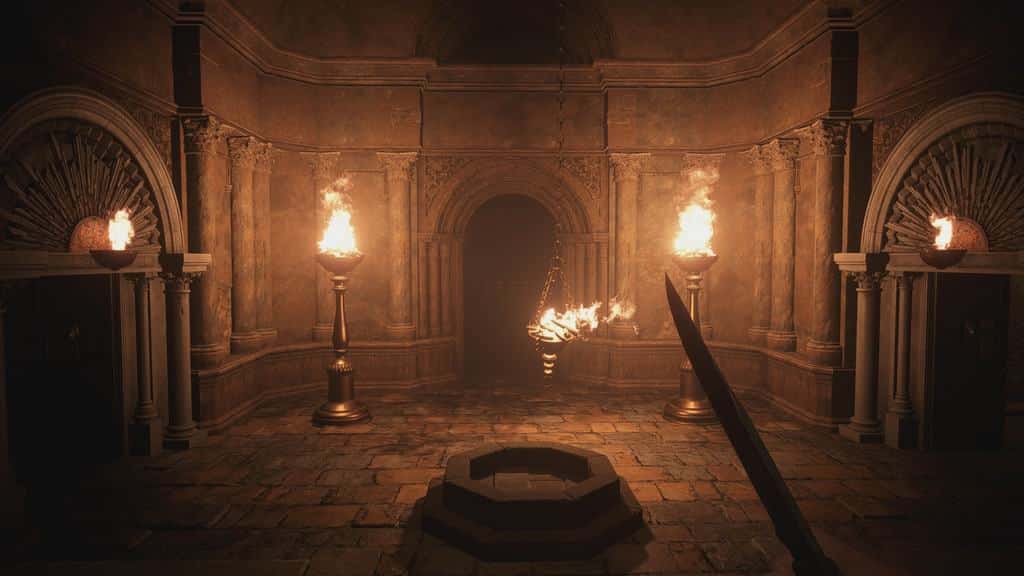 The Riverbank Treasure is easy to get but you might have trouble finding a way to get it after finishing Castle Dimitrescu. There are a few things that you should go through first before gaining access to this treasure. This guide will show you how to get the Riverbank Treasure in Resident Evil 8 Village without using too many resources in the process.

When Will You Have Access to the Riverbank Treasure

As Duke (merchant) starts to give you access to the exact treasure locations in Resident Evil Village, everything still needs a specific key item to access the route for them. During my playthrough, this got me thinking that I have missed a treasure in Castle Dimitrescu (the treasure map photo you found is different).

Do not worry because some of them will be reached in the future. To access the riverbank treasure, you must defeat Moreau first or have the Crank already which is found in the Reservoir. The Crank will be used to drop the drawbridge down near the ceremony site.

After dropping the drawbridge, you will find more resources and more importantly, have access to the boat to cross the river. Head towards the path that goes to Castle Dimitrescu. After disembarking near the castle, the path is quite linear so just follow it.

You will see a door which is the entrance you are looking for. Proceed inside and you will find 3 locked rooms.

This will open the doors on the left and the right side. You can proceed to loot everything inside the rooms. There will be a hole on the right where a single enemy will infinitely spawn but only one by one.

After looting the two rooms, lure the enemy to the middle of the room and light him up with the brazier in the middle by swinging it towards his direction. This will burn the enemy indefinitely until it dies.

After burning the enemy, lure him close to the last brazier which contains the real treasure, and dispose of him after lighting it up. This will open the door and you can now proceed to loot the treasure. The enemy will stop spawning after lighting this up so you do not have to rush it.

The Golden Lady Statue (Riverbank Treasure) will be worth around 20,000 Lei. Considering that you did not use any resources to get this treasure, it is definitely worth it, unlike the other treasure locations.

If you remember using the boat going in this direction, you can also go the opposite direction and find the golden fish which will be used for cooking. All of these are optional but they will help you down the line.