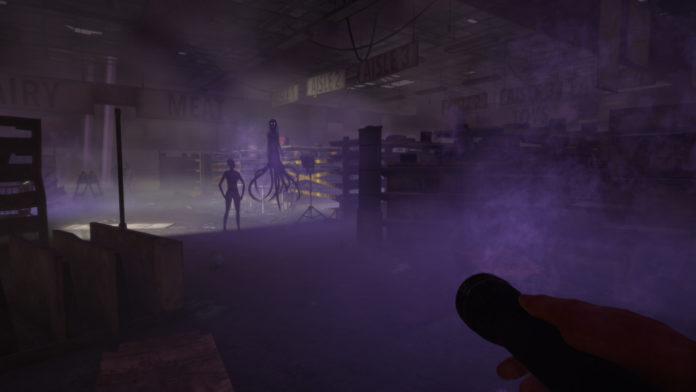 This In Sound Mind review, will hopefully, show you how unique this psychological horror game is. It shifts and evolves, moving through genres like a ghost floating through your walls. The good people at We Create Stuff have a few successful projects under their belt, like Nightmare House 2 and Interlocked, but In Sound Mind is the pinnacle of their efforts. So, if you’re looking for an innovative, first-person horror experience, this is the place to find it.

Playing through In Sound Mind is a nuanced experience. You begin the game in an ill-lit basement, surrounded by rising waters, colored in unsettling ways. Feeling confused, much like the protagonist Desmond Wales, you set out to find out what exactly is going on. From this point on, you remain in this state of being. Searching for supplies to get you to your next destination and answers to why the world became the way it is. Finding the quintessential flashlight that no horror game is ever complete without, you venture into the halls of the eerie building.

Right off the bat, you might notice that In Sound Mind’s design choices aren’t the same as most horror media. The game doesn’t set jumpscare traps after every corner or behind every closed door. Instead, things shift when you look away. A picture on the wall changes the contents of its canvas yet remains at the exact same spot. Rooms change numbers frequently, and on occasion, you can spot the humor that the developers put inside to give you a bit of ease.

Besides the morphing building, Desmond has another presence haunting him. A tall man in a trench coat stalks the hallways. He moves objects, adds to your horror, and generally appears out of the blue to make you uncomfortable.

Claiming to have a grudge against Desmond, the man leaves notes that both taunt and help you forward. The persistence with which he follows you and threatens violence is not proportional to the deeds he commits, however. His constant presence keeps you on your toes, but it is obvious that something else is going on. Spooking you every chance he gets, the man leaves you alone after you find a cassette tape that you can listen to in your office. This is the main way you engage with the game, through the recorded audio logs of sessions you’ve had with your patience.

Discovering a bit of context about what is going on, you are set free to roam the hallways to the best of your ability with your current gear, of course. After navigating through the building, you start to discover the bread and butter of the game. Namely, gathering and exploration.

Due to the unique way with which the developers present you the story and the world, exploration is an integral part of In Sound Mind. Through painstaking labor, the developers have left clues and supplies all throughout every level. Now, this in of itself isn’t something groundbreaking, but I’d like to highlight the intent. Very early on in the game, you find a note that gives you the locations of three parts of a handgun. Braving weird sounds and unsettling corridors, you find the required pieces and assemble the weapon. Each spot you visit is innocuous at a glance. You might have passed it on your way to someplace else, but knowing the right angle to look at, shows you a whole other dimension of storytelling that you might otherwise miss.

I don’t want you to feel anxious, however, so know that pieces of information you need to progress are always perfectly visible and easy to find. What the developers have included is an important handful of context that will put a smile on your face whenever you complete a patient segment. Generally, on an easygoing playthrough, you will find two accounts of events. Those of the public and those of the people Desmond tried to help. By going the extra mile and exploring the world fully, you will have access to the full extent of the facts and enjoy that added bit of satisfaction that you pieced everything together. A similar sensation can be experienced when playing Remedy’s smash hit Control. The information scattered about adds that last, delicious layer to the mystery cake that completes the already amazing flavor.

Here I’d like to add a helpful tip for your first playthrough. Try and find the hidden boxes in the first half of the game and see if you like it. The gameplay benefits you get like, added stamina for running or an increased stealth stat will help you in the long run. I, personally, found great fun in hunting down pills that boosted Desmond to the level of a nightmare-fighting machine. To each their own, of course. If you only want to be completely immersed in a horror game’s story, that is a completely valid way to appreciate the game.

And speaking of appreciation, I’ll stop heaping praise on the narrative side of In Sound Mind and move on to praising its audio-visual design. A standout here is the environmental sounds and ambiance you hear. Too many times, I encounter a game that has plain bad or sub-par design. The developers knew that the whole experience they were building would fall apart without this crucial piece, so they did their due diligence, and this is the stellar result we’ve received. Moving around, you hear sounds that an old building would make. Rusting pipes expanding, floorboards creaking, the usual for any living space.

In Desmond’s building, you are treated to ominous footsteps, rustling behind corners, slowly approaching hisses, and so on. Then, for added tension, the ambient noises seep into the background of sound. At a particular point in the game, which I will not spoil, things become dead quiet. The blackness that has descended around you is transferred to your ears almost like a dark claw, closing around them. Enveloped in the sound of the world, you almost feel the breeze of a monster rushing by you. The voice actors do their jobs marvelously as well. Desmond does his best to sound stoic, while his trench-coated stalker constantly straddles the line between menacing and patronizing.

The other heavy hitter of the presentation is the visual design. You never see your patients. They only remain voices on your cassettes and colors in their respective levels. From the red anger of a man who lost his job and family to the sickly green of the world where the war a man left behind continues to rage on. The people you encounter become the colors with which their subtitles are presented.

The color scheme for each patient doesn’t only help flesh out their character, it’s also on the door helpfully set in place by the developers, so you don’t lose your way.

Lastly, we come to the gameplay section of our In Sound Mind review. Traversing and searching through the levels is solidly done, with the added bonus of variety throughout each stage. Again, I’d like to point out the creativity needed to create this much content without the obvious reuse of assets. My main gripe here is the abundance of enemies.

At the beginning, you have almost no batteries, no bullets, and a small number of enemies. Perfect. Juggling resources and encounters is what a lot of people are drawn to horror as a genre for. Here, you get piled with context-sensitive items and weapons, all accessible at the same place. Many times I wanted to get out a specific weapon, only to remember an item in close proximity, take it out, and then use my mouse scroll to get what I actually wanted. This wouldn’t be a problem necessarily if, at some hectic spots, you don’t need to do this quickly and efficiently.

During my playthrough, I had severe whiplash from what the game expected me to do in order to progress. I have nothing against shooting in games or developers trying to spice up their gameplay, quite the opposite. But in this particular case, I think it might have been beneficial for a few of the encounters to have been scaled back or outright removed. This part of We Create Stuff’s game is the main thing that lowered the score from a solid 8.5 to a 7.

We hope that our In Sound Mind review has sparked your interest, at least. Rarely can you sit down with a horror game and watch it start out in one genre, jump to another, lounge in a third and then land with an amazing flourish. Even if you’re not a fan of “scary” games, give this one a chance. Step through the door and brave the mystery of Milton Haven.

Looking for something to play in January? Check out our reviews of Serious Sam Siberian Mayhem, Expeditions: Rome, and Nobody Saves The World. Or if you have hankering for more horror, check out our great list over here Best Horror Games of the Last 20 Years.

This review is based on the PC version of In Sound Mind. The key was provided by MODUS GAMES. 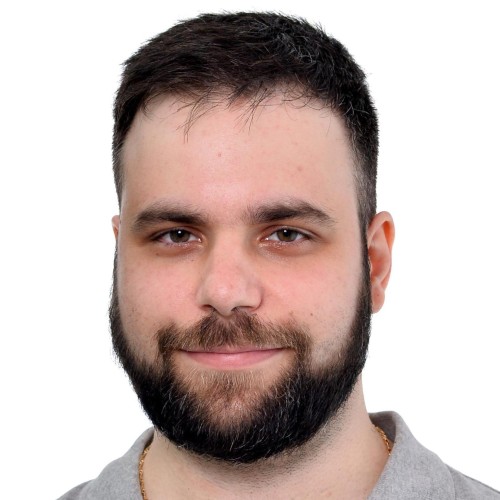 Nick Nikolov
I started gaming at an early age with the first Doom games and Castle Wolfenstein. From then on, I grew more and more interested in playing console games until I was able to afford a PC. I mostly enjoy PC games, but I do not scoff at the occasional foray into console pleasures.

Load more
In Sound Mind Review: Color of dreadExplore the hallways of the home of Desmond Wales. Navigate the nightmares that stalk the minds of your patients and find the truth behind why the world has turned upside down. Survive and explore the shattered psyches of men and women that struggled all their lives to fit in. This innovative, first-person horror game will take you on a journey through genres and nightmares.
Tech