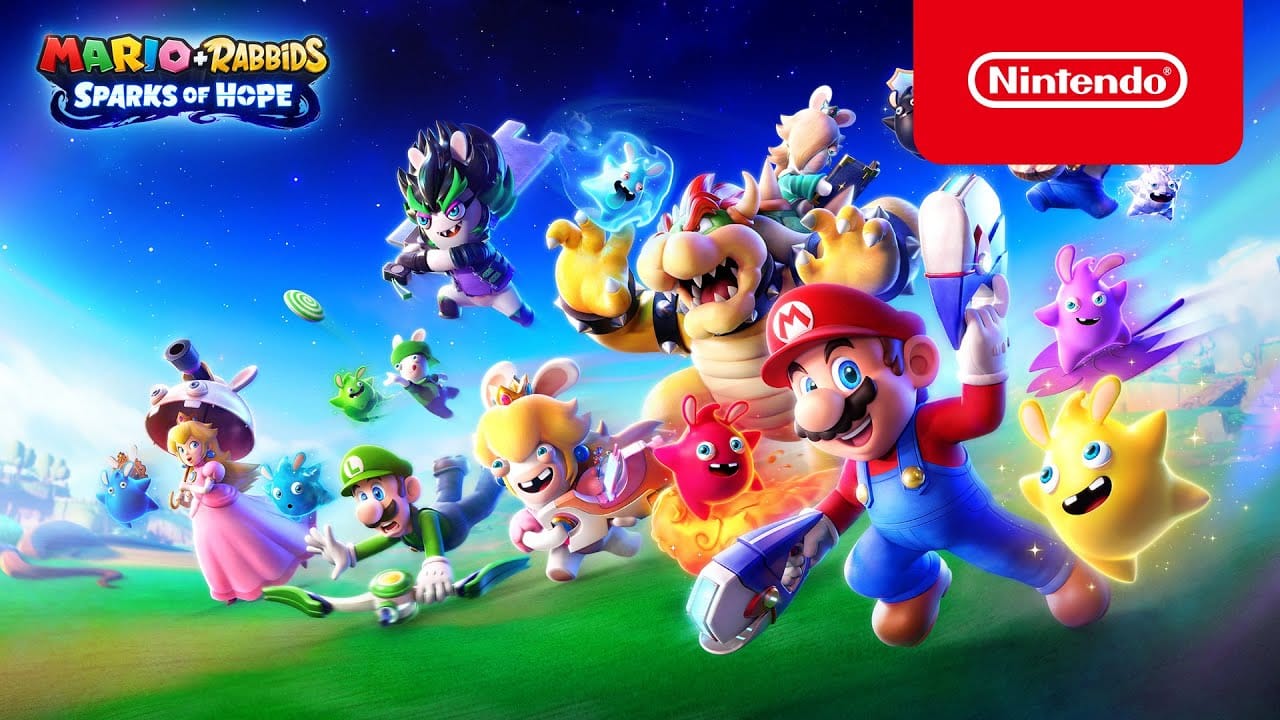 We’ve had several other trailers for the game too up till now. But this is the first time we are actually being shown the story against which the game revolves. You can see the story trailer here:

The description tells us even more about the much-awaited sequel:

'In a far away land, Darkness rises! A cosmic threat is growing… Mario, Rabbid Peach, and their friends are our last hope to save the galaxy! This unlikely team will need each other in order to triumph against Cursa, as together they are stronger. But there is a deeper secret... shrouded in darkness, that could consume even the brightest light!'

‘Join them on their adventure to take on Cursa and its dangerous minions while exploring a variety of planets filled with strange inhabitants, memorable quests and hilarious secrets. Outwit enemies in an innovative combat system mixing turn-based tactics and real time action. When this unlikely team combines forces with the Sparks’ immense energy, anything is possible… for better OR worse!‘

The trailer seems to have all the elements that made Mario + Rabbids Kingdome battle such a fun play.

The earlier gameplay trailer also gave us insights into what to expect from the game. This time the gameplay looks more of exploratory nature. The trailer showed us the team going through hidden passages and working out many puzzles to achieve their aim. In addition, Ubisoft said that the game would have at least three DLC packs as part of a Season Pass when it goes on sale. You can read more about it here.

The first Mario + Rabbids was a class-defining game for the Switch when it was released back in 2017. We really hope the sequel delivers more of the same. If it’s anything like its predecessor, it could be Switch’s this year’s heavy-hitter. Mario + Rabbids Sparks of Hope is set to launch on October 20. It is already available for pre-order at the Nintendo Official site.

What do you think about the Mario + Rabbids 2 Story Trailer? Let us know your thoughts in the comments.