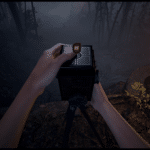 Martha is Dead follows a new yet familiar take on horror games, staying away from cliche jump scares and predictable plots. LKA, the developers, drew quite a following to the game due to the censorship of some gameplay portions in the game’s Playstation (PS4 and PS5) versions. The game combines puzzle-solving, semi-open world exploration, and even QTE (Quick-Timed Events) sequences. In this Martha is Dead Review, we’ll be taking a closer look at where the game shines the most.

We’ll be providing a quick rundown of the game’s introduction sequences, don’t worry, this will be spoiler-free and only includes the very first segment of the game’s story.

The folklore begins with a woman deeply in love with her significant other. She was waiting for her man by the lake. Unbeknownst to her, death came instead of love. Her partner killed her by the lake out of jealousy and confessed to the townspeople.

In retaliation, the townspeople hanged the man on a small island in the middle of the lake, where he killed his partner. Since then, her spirit, known as the white lady, came to haunt the lake, grieving for the loss of the man she loved the most.

While setting up the camera, Giulia noticed a floating body wearing her dress at the lake. She quickly rushed in to retrieve the body, only to find out that her twin sister, Martha.

Martha is dead; Giulia grabbed Martha’s necklace and wore it onto her neck. When her parents got there, they thought that Giulia was Martha and the one that drowned in the lake was Giulia.

From that point forward, you’ll be uncovering the mysteries surrounding Martha’s Death as Giulia pretends to be Martha.

Personal Thoughts On The Story And Its Presentation

The story told throughout the game was phenomenal. This aspect of unraveling the unknown is what I genuinely love about the genre of horror and mystery, may it be through movies or video games. The game tells its story in memories that the main character can remember. The layered writing and storytelling is a clever way of sparking the curiosity from players, leaving them with the itch to play more.

The story’s presentation is also a stroke of genius; there is a cutscene wherein you only see the shadows of people talking to each other. I understood from that scene alone that the director emphasizes that these people are not the main characters. However, their conversation is crucial to the story.

Another massive selling point is that the developers included an authentic Italian voice-over. I truly appreciate the way they are presenting the game. It gave me the impression that they want to provide players with a cinematic experience that is authentic to the setting. Great job!

The game’s visuals are incredible. With the developers going for a realistic visual approach, the environment and the characters feel and look natural. It’s evident that the developers utilized the Unreal Engine 4 to its fullest potential.

For a non-triple A title, the graphics were top-notch. Everything seems polished from the beginning of the game up to the free-roaming segment. The details and lighting are crisp, clean, and well presented.

Overall, the way they built the realistic graphics for this game complements the “cinematic experience” they are going for, making me feel more immersed in the game’s narrative.

You fill in the shoes of Giulia in a first-person perspective, exploring the enchanting world of Italy during the World War 2 era. The gameplay is divided into different segments as well. There are QTEs, linear gameplay (Go from one point to another), puzzle-solving, endless-runner segments, and even side-missions.

Let’s start with the QTEs; the developers successfully implemented the quick-timed events. It doesn’t feel forced; it feels natural and even explains how people did certain things during the 1940s (i.e., setting up a camera, developing a photo, etc.).

The puzzle-solving is somewhat in the middle of hard and medium difficulty. At one point in the side-mission of the game, I had to learn how to decipher morse code (Don’t worry, the game will provide you with a cheat sheet to help you decipher the morse code). Initially, it was fun, but it became tedious as the game asked me to decipher more morse codes. However, a key takeaway from that segment is I learned something new. Hooray!

Lastly, I want to discuss the endless-runner-like segments. There are points in the game wherein you are running through the woods, carefully crafting sentences that embody the character’s feelings during a dream-like sequence. These segments are not for everyone, but I still find them entertaining.

Martha Is Dead’s sound design is one of the game’s best aspects for me. It presents constant tension throughout the game when it’s needed (i.e., exploring the woods at night.). With the birds’ melodic chirping to the ravens’ harsh grating sounds, the game truly feels alive even during day time.

The soundstage and mixing is also a nice touch providing a nice bowtie to the game’s overall cinematic feel. The sound design reminds me of Silent Hill with a mix of a movie called Sinister (2012).

If the sound design of Martha is Dead is one of its best aspects, the atmosphere, for me, is at the top of the list. The atmosphere provides a safe yet constant feeling of distraught through certain game moments.

When that continuous feeling of distraught is about to break, it doesn’t bring out cliche moments like jumpscares to burst the bubble per se. The game does an outstanding job of not opting for a jumpscare; instead, it goes for a more creepy and memorable horror moment.

This feeling is somewhat similar to what I got when watching The Exorcist (1973) for the first time (Yes, I’m a nerd when it comes to horror movies). The game enunciates its scare factor by emphasizing grotesque moments, providing a high shock value. I genuinely am a fan of these types of horror scares. This game doesn’t rely on cheap jumpscares, unlike other recent horror game releases, where it becomes an annoyance.

Alright, let’s tackle the performance for PC gamers out there. To give you a baseline, here are my PC Specifications:

The game’s performance is excellent despite the reasonably high visual fidelity. I initially set the game on max settings to test if I can max the game, and it turns out that I can—To a degree. It ran just fine on max settings, averaging around 50-70 FPS at most, depending on the area I’m in. However, the game crashes and tells me I don’t have enough VRAM (Video memory) on my PC at some point in the game. This crash usually happens when I’m in the house area.

Now, I set the game on the high preset instead of Ultra, and I got around a 10-15 fps boost from that, bringing my average to at least 65-85 FPS. This configuration for me is all fine and dandy; however, my game still crashed, telling me I have no extra VRAM left. Would you believe that the game crashed in the house area again? There’s even a point where it crashed my whole PC entirely, forcing me to restart the entire system.

At some points during the gameplay, I also experienced mild yet annoying stutters. Something is off, but I shrugged it off and persevered through.

With all the crashing and errors surrounding the game, I didn’t want to just leave the game as it is because I had a genuinely fun experience. What I did was I tried to update my NVIDIA graphics card driver to the latest one (511.79), and what do you know, it fixed most of the stuttering and the crashes for me.

You can do this by going to the NVIDIA website and filling out the required fields such as the GPU and your Operating System. Download and install the driver.

Another way of updating your drivers is through Geforce Experience. Go to the Drivers tab, and check for updates. Download the latest driver. You can then choose between express installation or custom installation.

Hopefully, this fix works for you, and hopefully, the developers will address this through future patches for Martha is Dead.

Martha Is Dead is an excellent psychological-horror game with its unique take on the horror and mystery genre. The game offers stunning visuals, great sound design, and a tense atmosphere paired with layered storytelling. Although there are a few bugs and a few tedious gameplay segments, it still holds a great experience for horror fans. Hopefully, this review helped you decide whether this game is for you or not.

You can now add Martha Is Dead to your wishlist through Steam or buy a preorder copy of the game for consoles at Wired Productions website.

Meanwhile, if you’re checking out other game reviews as well, here are some that I would recommend:

This review is based on the PC Version of Martha Is Dead. Massive thanks to LKA for providing a review copy of the game. 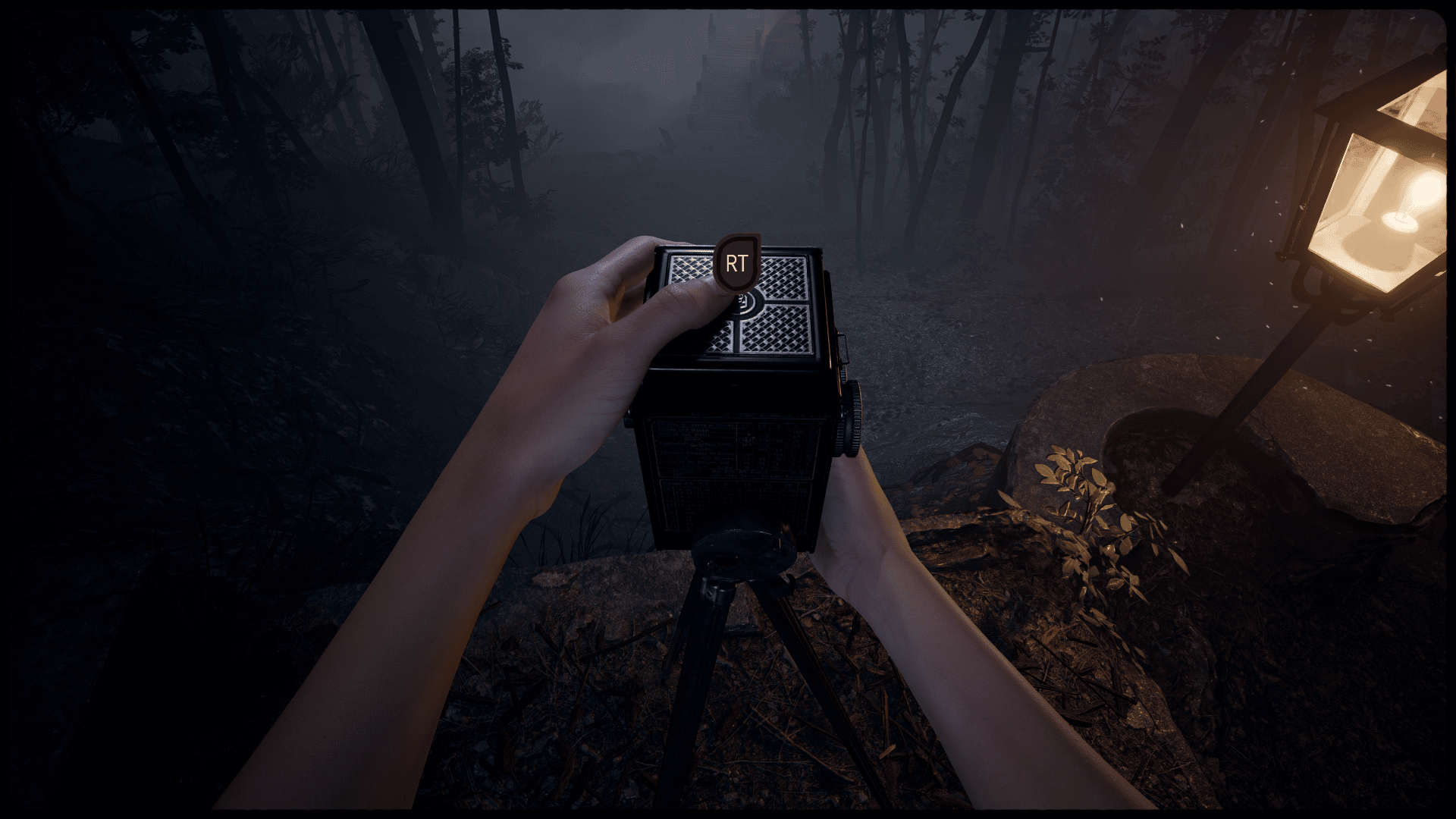