Massive Battlefield 6 Leak: Stills and Images from the Upcoming Reveal 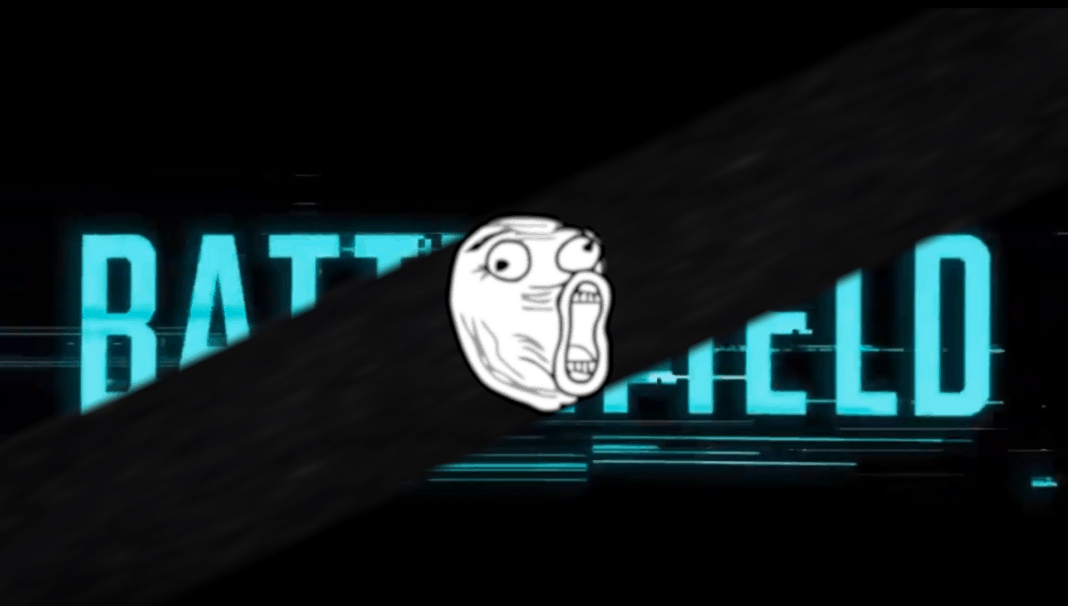 We’ve been talking about Battlefield 6 leak, spanning over teases, audio files, rumours and even drawings by Tom Henderson who has apparently seen the trailer already. As per our last report, Battlefield 6 was bound to be released in Q3 2021 while the official reveal was lined up at E3 next month.

It seems as if EA couldn’t hold the fans out any longer. A number of images and stills from the upcoming Battlefield 6 trailer were leaked and later complied by eddytronpie and uploaded on Imgur.

Here, we’re presenting all the leaked images from the Battlefield 6 trailer along with their possible explanations. Excuse the troll faces branded across most of the leaks.

More images from the spaceshit launch pad sequence from the trailer.

Looks like this rocket launch wasn’t so successful, kinda expected when a fighter jet is shooting at it while the rocket is trying to take off in peace.

The title screen has a blue hue along with a light glitch effect, perhaps hinting that Battlefield 6 may be set in the near future. The rockets and stuff, keeping in mind today’s reusable rockets and private space companies, further hint at a near-future setting. This is one of the biggest Battlefield 6 leak leading up to its official reveal.

Guns blazing and huge explosions, something that’s expected out of a Battlefield 6 game.

A seemingly armed Robo horse or big dog. Perhaps it’s a new vehicle class for swift mobility in the upcoming game. At the same time, these machines also seem to carry ammo or gear in the saddlebags.

A seemingly desserted island with one evil looking skysrapper being attacked by near futuristic aircrafts.

A crash landing sequence from the tralier, of YoSon and Lura.

This Battlefield 6 leak, along with Tom Hernderson’s previous comments, has pretty much revealed the whole tralier. Now we have a strong sense of what to expect.