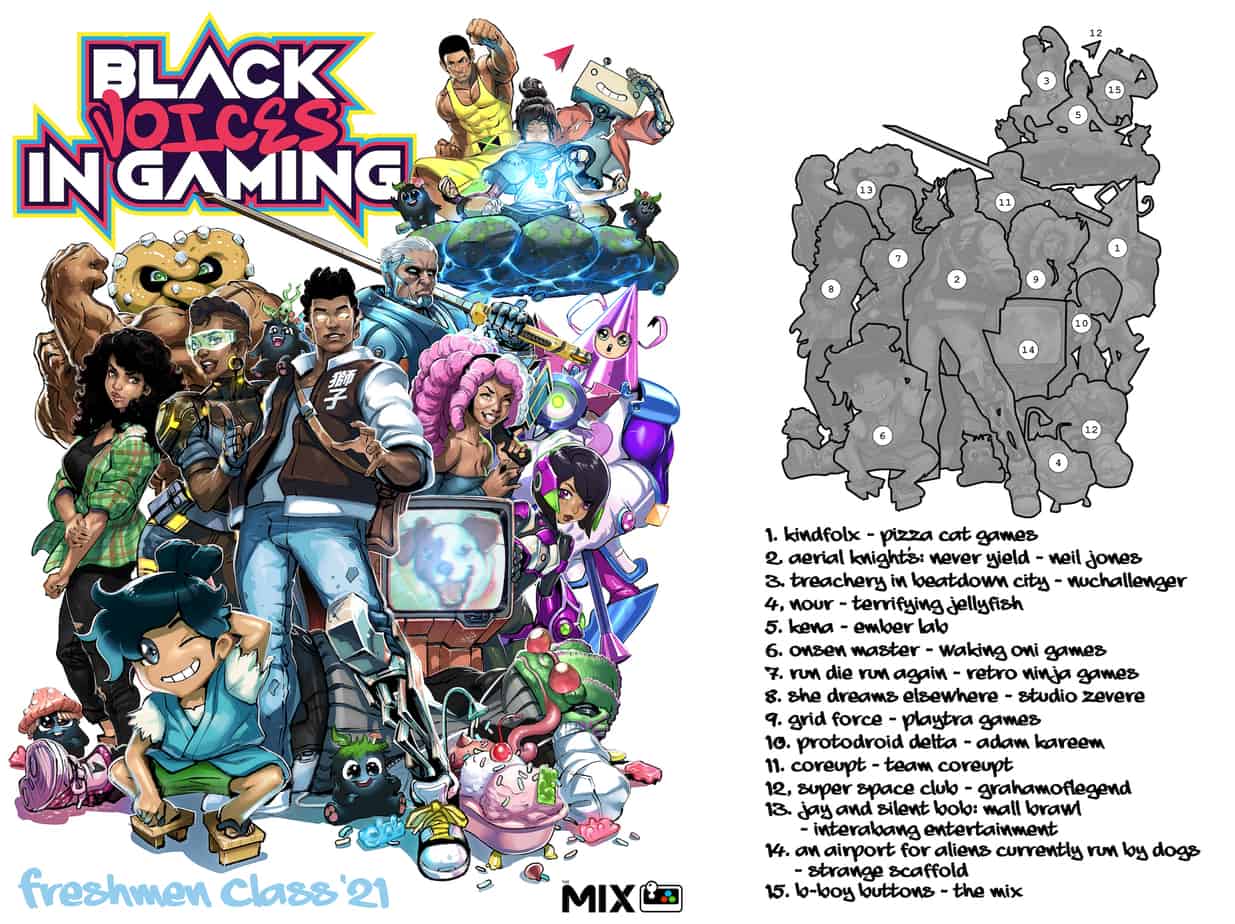 The Media Indie Exchange (MIX) has grown significantly since debuting in 2012, with the indie-focused company throwing several annual events every year. The company has now shifted to a more diversity-focused mindset and announced the Black Voices in Gaming Freshman Class. There are 14 developers in the inaugural class.

Alongside issuing a statement about the new class, MIX detailed each of the freshman class on Twitter. These developers are working on a broad range of titles across different genres. Each of these games are set to be released either late this year or sometime in 2022.

Neil Jones, who co-founded the Media Indie Exchange and led the Black Voices initiative, spoke to Axios, saying how important it was for the black community. As he noted:

“It’s much like other communities, like you see women in games, they often reach out to each other because they have this deeper understanding and the same struggles that they face. My process that I’ve gone through with this whole game, it will be very different from, you know, a white woman from Nebraska.”

Justin Woodward, a MIX co-founder alongside Mr. Neil, echoed this point, noting that minority developers are often pitted against each other. As a result, they often aren’t given the chance to work together. In the interview with Axios, he noted:

“A lot of times we’re pitted against each other. This is something that says, hey, you know, we can all exist at the same time.”

Some of the inaugural inductees in the Media Indie Exchange’s Black Voices in Gaming Freshman Class include Jay and Silent Bob: Mall Brawl. Alongside this is Grid Force, Kena, Onsen Master, Run Die Run Again, and several others. You can check out the full list here.