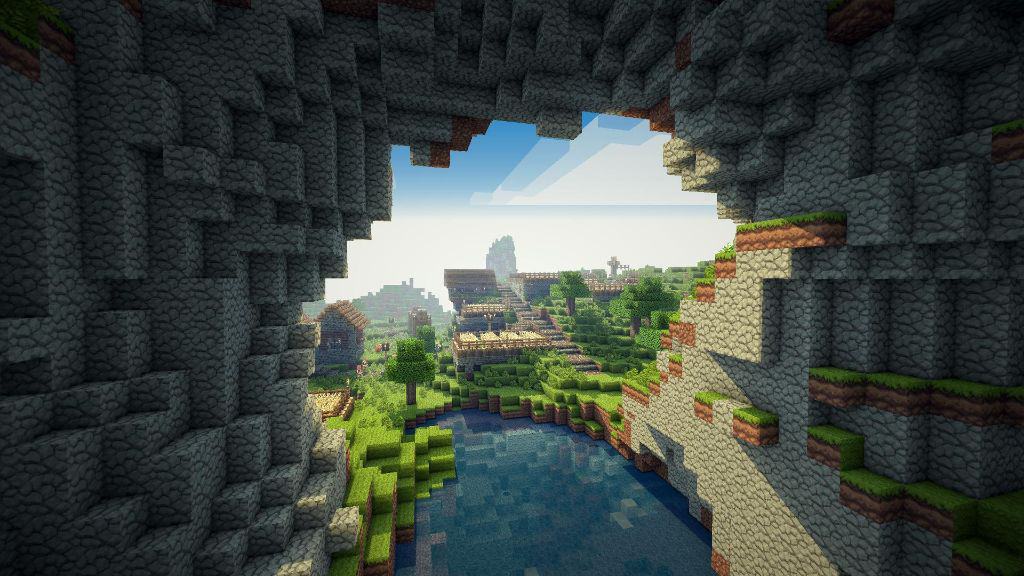 Have you ever wondered if it’s possible to duplicate items in Minecraft with a Minecraft duplication glitch?

The answer? Yes, it’s possible! And you can do it with the coolest item in the block: TNT.

Unlike other Minecraft glitches, recreating this Minecraft duplication glitch is super easy. It also hasn’t been patched despite its discovery a year ago — so there’s a high likelihood that the devs kept this glitch around for players like you to enjoy.

Before we start, it’s a good idea to know if your computer can handle the impending TNT explosion. If you’re worried, learn how to optimize your Minecraft game with the Optifine mod.

With this guide, we’ll show you how to duplicate blocks on Minecraft in the latest version in 12 easy steps. Let’s begin!

Are you ready to blow things up in Minecraft?

Here are the items you’ll need in order to recreate this duplication glitch:

Let’s begin setting up the device.

How to Duplicate Items in Minecraft – 12 Steps

Step 1: Pick your location. Whether you intend to break a fenced-up coop, a beautiful home base, or your old dirt hut, you can make it rain TNT anywhere as long as there are blocks underneath.

For this guide, we hopped into a Minecraft creative mode server and spawned eight fenced cow mobs. Time to create our TNT-producing prototype.

Height is up to you. Not too high that you’re TNT will explode before it hits the ground. And not too low that you’ll take kickback damage.

Once you’re satisfied with the height, move to step 3 of this Minecraft duplication glitch.

3. Add 3 Slime Blocks in This Formation

Step 3: Place three Slime Blocks. Add one Slime block above the highest building block, another directly to the right of it, and one above that. If you’d rather not fly, you can jump on top of the Slime blocks and put them in place.

And just in case you’re wondering, I removed the building blocks below taking the screenshot.

Step 4: Declutter. Do you want to see the explosion unobstructed in creative mode? Then go ahead and break those building blocks below you.

Do take note: removing the building blocks doesn’t actually affect the functions of the contraption itself. It just makes it easier to clearly see the explosion as it lands below you.

5. Put One Fence, Coral, and TNT in this Formation

Place the fence on the top-right Slime Block and the TNT on the Slime Block one square below it. Once that’s done, add the Dead Coral Fan on the left of the TNT.

Once you’ve placed all three items, move on to Step 6 of this Minecraft Duplication Glitch.

6. Add 3 Slime Blocks on the Fence

Step 6: Place three Slime Blocks on the right side of the fence. Place two slime blocks horizontal to the fence, then one above the farthest one.

If you’re unsure, it should look similar to the formation of the three-part Slime Block found in Step 3.

7. Put a Detector Rail on the Slime Block Touching the Fence

Step 7: On the closest Slime Block to the fence (from the previous step), place a Detector Rail above it. Put down the Detector Rail connecting the fence and the Slime block behind it.

8. Put a Minecart on the Detector Rail

Step 7: On top of the Detector Rail, place a Minecart above it. You know you’re good if the cart’s front and backside face the fence and the slime block behind it.

We’re so close to blowing things up. Make sure you got enough RAM!

10. Break the Middle Building Block and Add a Piston Facing the Slime

Step 10: Break the middle building block. Afterward, add a Sticky Piston where that block used to be. The Sticky Piston should face the Slime Block for the Minecraft duplication glitch to work.

11. Attach the Lever on the Building Block

Step 11: Attach a Lever to the remaining building block facing you.

This is the final item you have to add to the Minecraft contraption. But there’s one more step…

I’m sure you know where this is going.

Step 12: Let ‘er rip! Flick the lever like there’s no tomorrow, cause there sure won’t be any for these cows. The faster you flick, the more TNT blocks will spawn.

No matter how many times you flick the Lever, infinite TNT blocks will rain down on the ground below. Congratulations, you’ve learned how to duplicate items in Minecraft!

Can’t find any practical use for the TNT Minecraft duplicating glitch in 2021? With this contraption, you can destroy stuff for laughs and giggles or excavate the ground below. It’s all up to you!

Anyone’d like to see a Creeper farm getting blown up next?

Hold up! Do you have an Xbox? Maybe you’d love to know more about the new games coming out on that console soon.

We hope you’ve learned about this Minecraft glitch. While we can’t guarantee the biggest explosion, we’ve got a lot more Minecraft guides and Minecraft tips coming in store. So stay tuned!

Like this article? Be sure to check out all the coolest and latest gaming trends on our website.