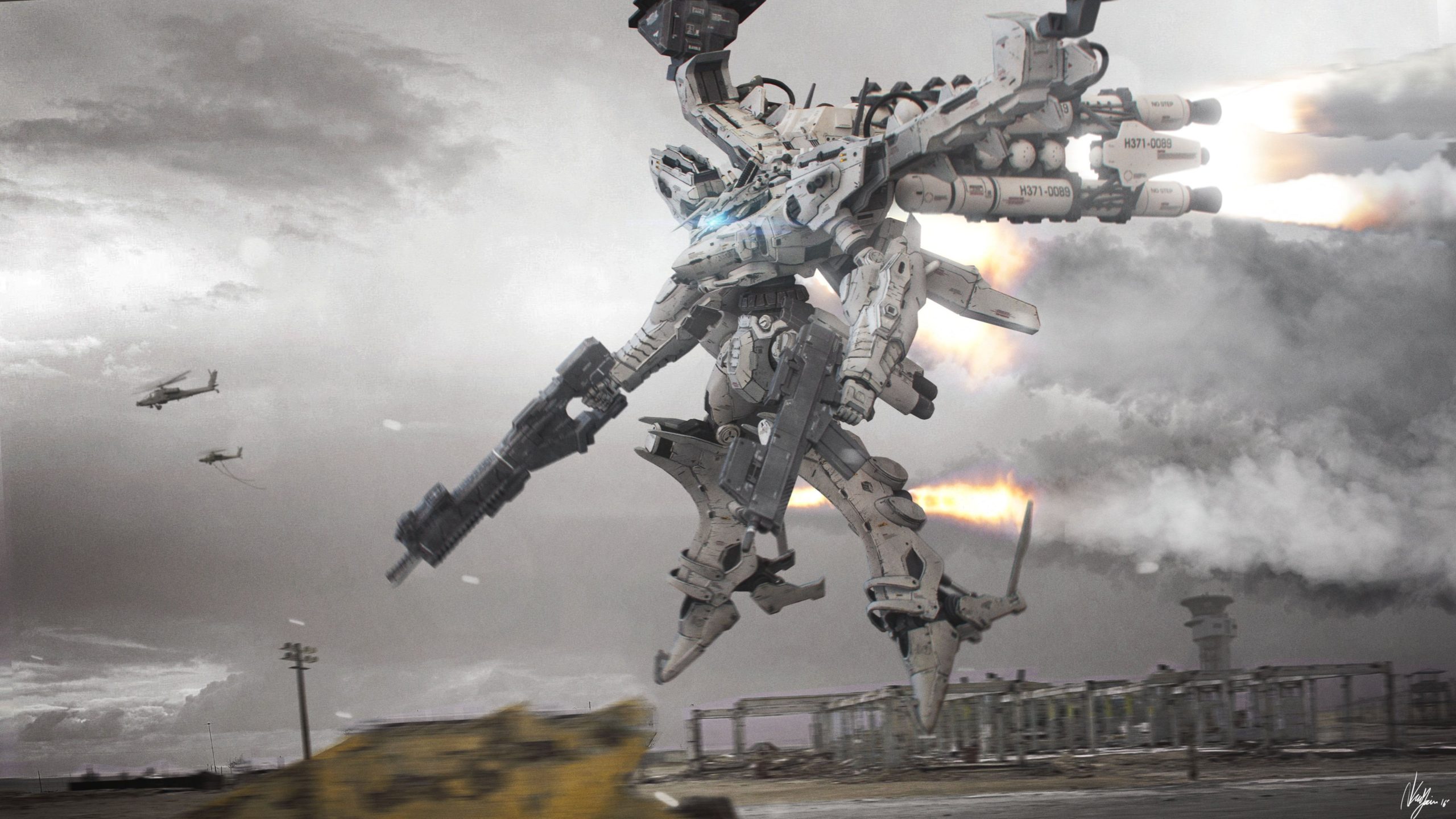 A few screenshots of the new Armored Core game have been seemingly been leaked on the internet. The screenshots have been highly edited to cover up the watermarks so that the leaker cannot be identified. Although they are not clear, we can still make a fairly good assumption on them. The screenshots show a highly detailed world and combat is also shown.

An Armored Core game was rumored to be in development as the developers From Software had been sending out surveys for the game recently. Game Designer Hidetaka Miyazaki had also expressed interest in making a new Armored Core game as well. Miyazaki had developed the games of the series when he joined the From Software in 2004. He directed the 4th game and its sequel titled For Answer.

The game was rumored to have a strong influence from the Dark Souls series also created by From Software. The gameplay and combat might be similar to the Soulsborne genre but its only speculation at this point. From Software is now currently working on Elden Ring which is scheduled for release on February 25. We can expect an announcement regarding the game soon after Elden Ring is released.

What do you think of this news? Would you play the new Armored Core game if it is released? Share your thoughts in the comments below!