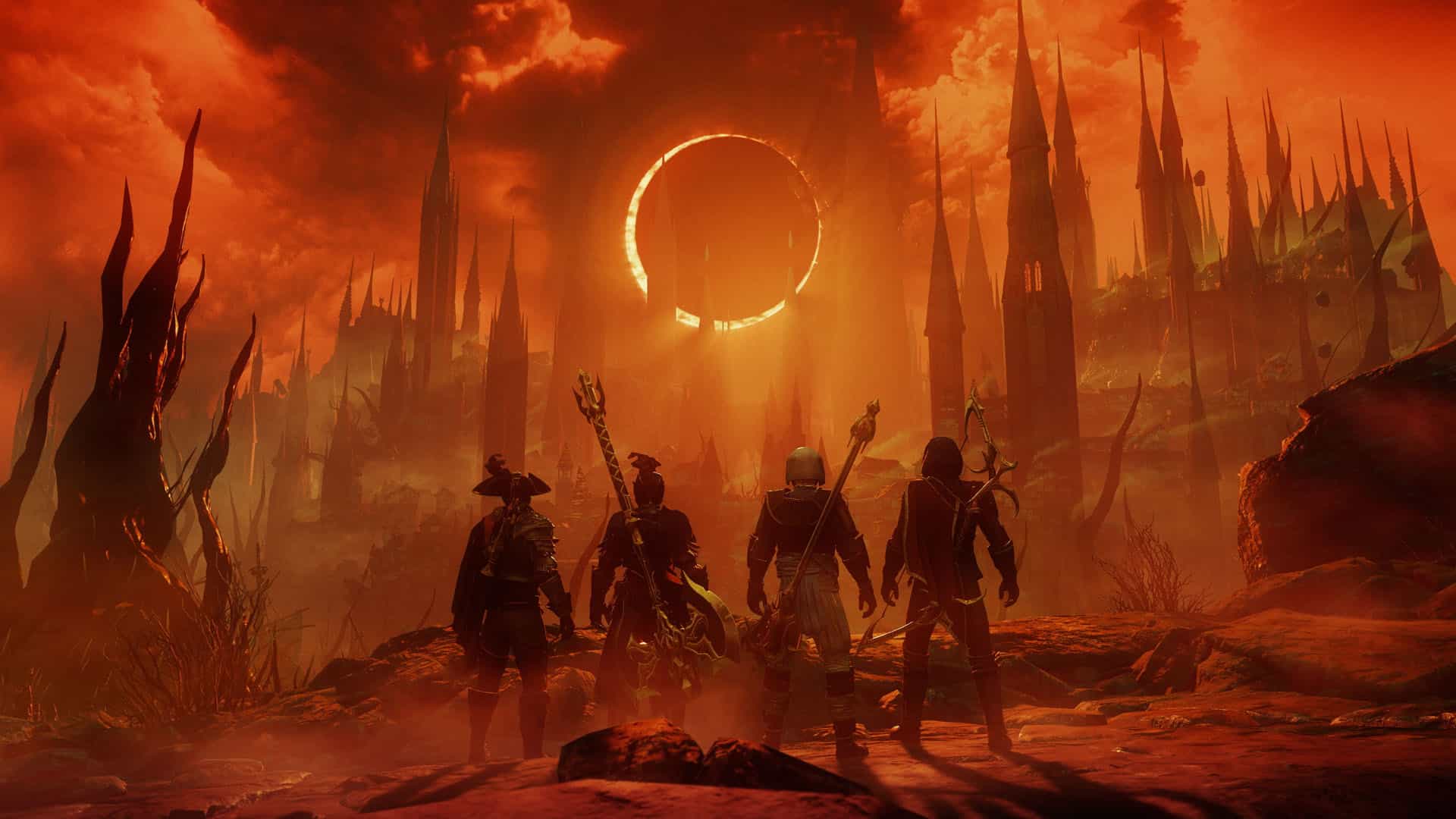 New World players have been dying for some new content. While the developers may be moving slowly when releasing updates, each update is still substantial. It may be one of the reasons why the player base has been on the decline since the game has released. It has had a slight increase in players, though. However, players are constantly asking for more content. There isn’t much to do once you reach max level other than max out weapons.

The Heart of Madness update is fixing some of these problems. The update includes a new expedition and story quest that will bring the story to an end. What they will go from here is anyone’s guess. You can also use a new weapon with various skills to quickly close the distance between you and the opponent or help you attack from range. There is also plenty of bug fixes and quality of life changes and improvements that you will enjoy.

Let’s dive a little deeper into the new content in the Heart of Madness update.

The main story is finally coming to an end. While more reports will probably be released as time goes on, this one is coming to an end. The main story takes place right after the last quest. You are in pursuit of Isabella. Isabella was once an explorer of Aeternum, looking for treasure. She has somehow become one of the Corrupted. As you read journals and logs, you will be able to piece the story together.

However, this final quest and new expedition should give more lore to who Isabella is. You will be making your way back to Shattered Mountain for the last battle. This will lead you to the new expedition: The Tempest’s Heart. This expedition is for endgame players who have high-level New World items. A gear score between 550 and 570 is recommended for this expedition.

Repeatable quests can also be found near the expedition area. Doing these is an excellent way to earn New World coins. Completing quests is one of the better ways to consistently get New World coins if you find yourself short on them.

With this update, players can get their hands on a new weapon type: The Blunderbuss. The Blunderbuss is a musket/shotgun type weapon. If players want a weapon that excels at taking out multiple enemies within close-to-mid range, you should look no further than this. Weapons in New World also have masteries to tailor to your playstyle, and the Blunderbuss is no different. There are two weapon mastery trees for the Blunderbuss.

A new legendary weapon quest is also added. Players will need to be level 60 and reach the highest skill level with the Blunderbuss to start this quest.

With this update, the developers have added a lot of quality-of-life improvements that you and other players will love. While this update won’t make everyone happy, it is a step in the right direction. It should help make the leveling process smoother for beginners and make it slightly easier to earn New World gold. These are just a few notable quality of life improvements that were mentioned.

That last one is an incredible improvement for all players. You will be able to get better resources and find New World coins much easier now.

Again, there are a lot of bug fixes that should make the player experience much better for everyone. I’m not going to list them; there are just too many. However, the bug fixes include general gameplay, UI, combat, and social fixes. Players can check out the official page to see the entire list of patch notes, bug fixes, and quality of life improvements. <<< link here

In short, the Heart of Madness update is a big one. Not only does it fixes a lot of bugs and makes the game much more enjoyable for everyone, but it also adds more story content and a new weapon. The Blunderbuss is looking to be an incredibly versatile weapon. You can be right up on your opponent or keep some distance; you have those options with this weapon. You will also have a final confrontation with Isabella and uncover her whole backstory.

By Alexandru Moscalu
Hi! I'm Alexandru. I have been a gamer since I was little. I have split my time between playing games and going to school. Recently I have been playing a little bit more casually and I enjoy watching games and keeping up with trends and news around the gaming industry!
Leave a comment