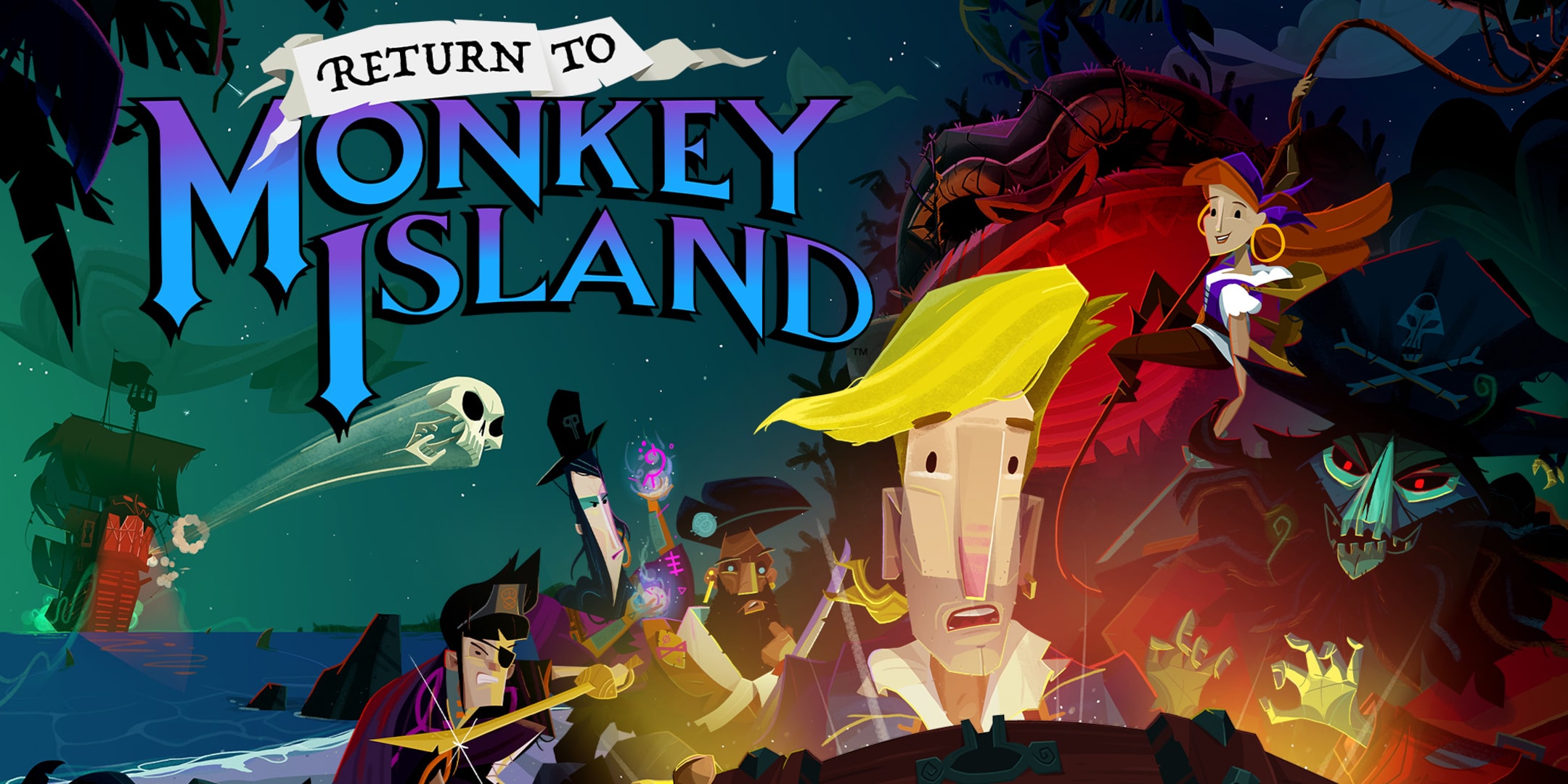 Return to Monkey island serves as the sixth entry from the beloved point-and-click franchise from the 90s. The game initially launched on PC and Nintendo Switch a couple of months ago, but now it’s making its way over to the consoles. Interestingly, it is also coming to Game Pass for the month of November.

Return to Monkey Island on Consoles

Devolver Digital just uploaded a new trailer for Return to Monkey Island announcing it for the consoles. However, it will only be available on current-gen i.e. PlayStation 5 and Xbox Series X|S, and will completely bury the older consoles.

Ever since the PC and Switch release, fans had been wondering when the console port will come, and looks like they finally have their wish. But, that’s not it. For the fans who hadn’t been able to play it on PC, there’s another good news.

The Game is Also Heading to Game Pass

Microsoft just announced a new roster of games that are coming to Game Pass for the month of November. Return to Monkey Island is finally arriving on the Game Pass after about 2 months of launch. It will be available on both the Xbox and PC Game Pass.

So, if you were still missing out on the game, a great time would be to experience it when it drops on November 8, 2022, for PS5, Xbox Series X|S, and Game Pass. Other GP titles for November include Vampire Survivors, Pentiment, Football Manager 2023, and a few more.

What is Return to Monkey Island about?

Return to Monkey Island is a return to the classic point-and-click series brought back by Terrible Toybox and Devolver Digital. It is the sixth entry in the Monkey Island series. The game brings the classic nostalgia factor along with its classical mechanics to make it work with both modern as well as older players.

Guybrush Threepwood, the hapless main character, is back, older, and only marginally wiser this time. Numerous previous characters, such as the intrepid pirate’s regular partner Elaine Marley and his zombie archenemy LeChuck, are also present. The really cool part is the game picks directly from where Monkey Island 2: LeChuck’s Revenge finished off.

Return to Monkey Island launched on Xbox Series X|S, PS5, and Game Pass on November 8, 2022. It is already available on Switch and PC where it got really good reviews.

Are you excited to play the game? Are you a fan of the Monkey Island franchise? Let us know in the comments down below.