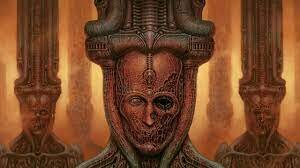 First announced in 2014, Scorn by Ebb Software has taken forever to release. Almost 8 years later we are finally on the verge of its launch. Despite the release date being October 14, 2022, and still, 4 days away, Scorn is now fully downloadable.

Scorn Can be Fully Downloaded Ahead of its Release

Scorn was initially planned for October 21 release date but a few days ago the developers released a new improved release date of October 14. We are finally getting the much-awaited survival-horror game. However, the game can be completely downloaded starting today according to an Xbox Series screenshot.

The screenshot also shows the size of the game which is set at 18.75GB. So, now you already know how much storage you need going into the game. Considering, how big games have gotten over time with many even peaking at more than 100GB, this seems like a miniature size.

More on the Game

Scorn, a video game created and released by the Serbian company Ebb Software, aims to immerse players in a nightmare environment filled with unsettling yet fascinating creatures and settings from the imaginations of Swiss artist H.R. Giger and Polish painter Zdzislaw Beksiski, who created Ridley Scott’s Alien. That could explain where the game is taking inspiration from and how scary it could be.

Scorn is not a first person shooter, it is an immersive atmospheric horror experience. To emphasize this, puzzles within the game form an integral part of the story, and are designed not to feel like they were added as an afterthought. They enrich the player experience, and as the game progresses, it becomes apparent that everything seems to have a reason and a purpose... and the big mystery is uncovering what that is. Yet there are shooting elements that come into play later in the game and are crucial for players' survival.‘

The game also isn’t that huge in length as well. It was revealed that the main storyline would take about just 6 to 8 hours to complete. That isn’t that big considering the development time. However, the smaller length also explains the not-so-big size of the game too.

We really hope Scorn turns out to be every bit worth the wait that it took. It will be officially out on October 14, 2022. You can play it on Xbox Series X|S and PC, it will also be available on day 1 on the Game Pass.

What are your thoughts on Scorn? Will you be playing it? Let us know in the comments down below.