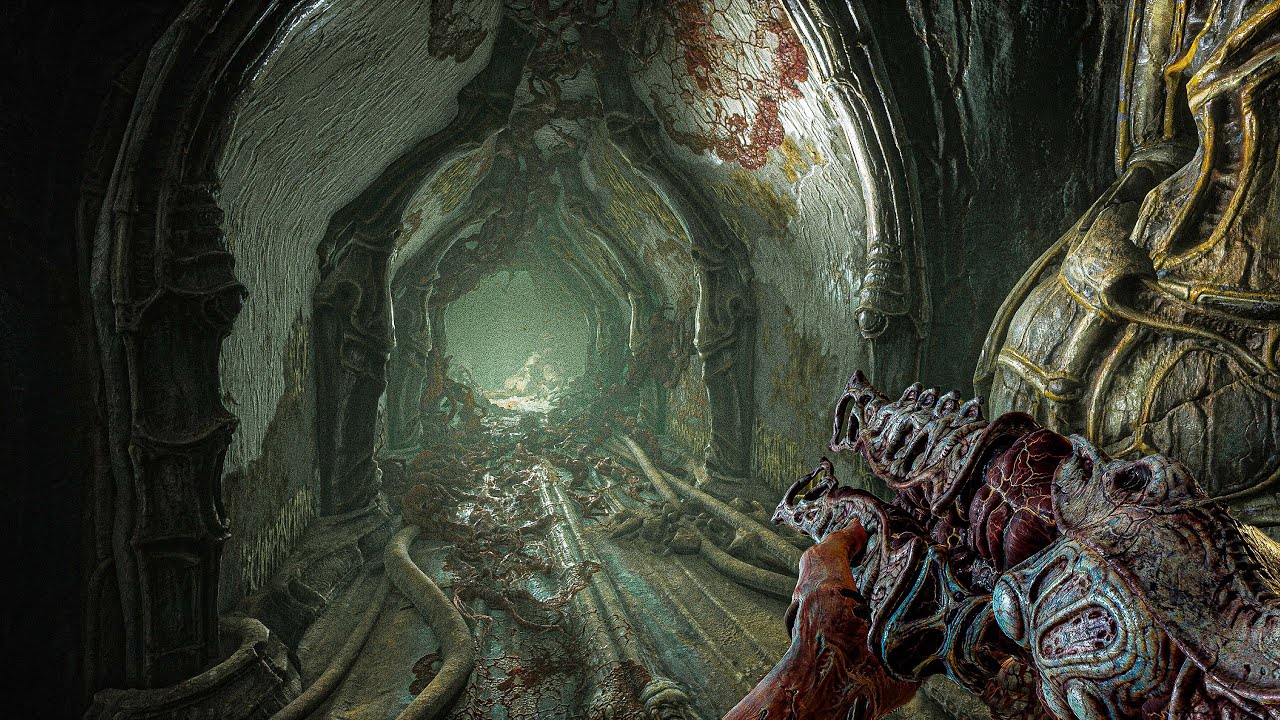 But, that tweet was soon deleted and confusion arose. Then today, three weeks after the original tweet, the Scorn account acknowledged their misunderstanding. They confirmed that DirectStorage would be only available on Xbox.

It was previously confirmed by the developer, Ebb Software that Scorn would support DirectStorage on both PC and Xbox. Scorn was supposed to be the first game to use the DirectStorage on PC. But it seems that it is no longer true.

In easy terms, DirectStorage is a new storage API by Microsoft that helps games to take better advantage of fast NvMe SSDs. This helps achieve super-fast loading times for games that are increasingly complex and graphically advanced. DirectStorage helps in decompressing game data significantly faster than other storage APIs via GPU decompressing techniques.

Through this, the GPU receives a large amount of compressed game data. Then, it properly renders the graphics without any wait time. This results in fewer bottleneck issues at the CPU level, hugely improved framerates, and proper loading of complex gameplay environments. The Xbox Series X|S has this DirectStorage feature enabled with it. This feature is also available on Windows 10 and 11 PCs as well.

Scorn and DirectStorage: What Happens Now?

As mentioned before, Scorn was supposed to be the first to use this feature on PC, as it does already on Xbox. But, the devs have acknowledged that it will support this feature only on Xbox. Now, currently, Forspoken is the only game for PC confirmed to have this feature. Perhaps, the developers of Scorn will include DirectStorage support sometime in the future.