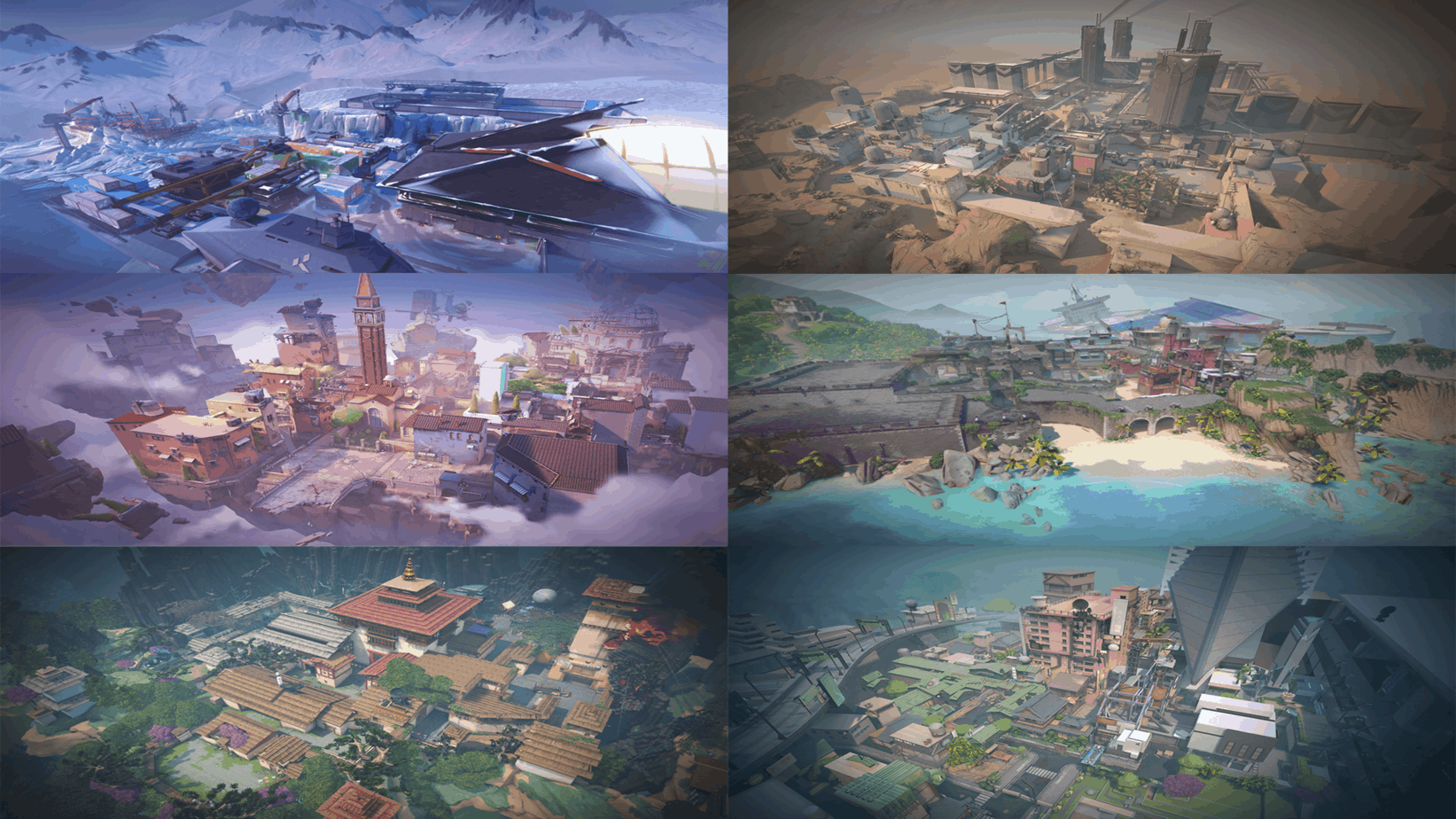 With the recent addition of Breeze to the Valorant Competitive queue, players wonder whether Valorant should add a map queue in the game.

As of Patch 2.09, Valorant currently has a total of six unique playable maps. These maps are Ascent, Bind, Haven, Split, Icebox, and  Breeze. All these maps bring their own unique elements, which help make each map feel different.

Every map brings its own advantages and disadvantages to the game. Bind has some teleporters, Icebox offers a lot of high angles, and Haven has three sites. Some maps are also a bit defender-sided, while others are more attacker-sided.

This is the reason why there are players who hate certain maps like Icebox or Split and love maps like Ascent and Breeze. It all comes down to preference, whether you are good at defending, attacking, checking different angles, and so on.

This brings us to the question, should Valorant follow CS: GO and implement a map queue?

What is Map Queue?

Map queue is being able to select specific maps and only queue for those maps. This ensures that you play on one of the maps you choose and don’t end up on one you hate.

Having a specific map queue allows players to enjoy the game more by playing the maps they love more. It will also help them choose maps that they are comfortable with. This can also result in a less toxic environment since everyone is playing on a map they chose.

However, it isn’t all fun and games. There are still some downsides to having a map-specific queue. The obvious downside is that it’s definitely going to result in longer queue times. Longer queue times can be frustrating for players since everyone just wants to get into the game as soon as possible.

Map queues can also result in lower play rates for the unpopular or most hated maps. This can discourage players who actually love these maps from playing them since they’ll have to wait longer.

How can Valorant Implement this feature?

Much like any other feature, there are going to be some advantages and some disadvantages. There will be people fully on board, but there will also be people who hate the idea. At the end of the day, you can’t please everyone, so you’ll have to go with the majority.

Riot Games has already said before that they do plan on implementing the feature eventually. They also recently implemented a similar feature with the Breeze-only unrated queue. Players loved the idea, and it allowed them to spam Breeze and become comfortable with it. So it seems that the map queue is inevitable at this point.

For Valorant to successfully implement map queues, they have to take some notes from CS: GO. Players need to see the estimated queue times for their selected maps to know how long they have to wait.

During implementation, I think Riot should require players to choose at least two or three maps. This ensures that queue times aren’t super long, and most maps get decent play rates.

It would be nice to have map queues for both unrated and competitive play. Still, competitive map queue is definitely the priority. Unrated queues are already quite long, so adding a map queue might just make it unbearably long, especially for casual players.

You should also allow players to decide whether they are open to queueing for others maps after a certain time has elapsed. For example, after 8 mins of queue time, they are now queueing for all maps instead of their selected ones. However, this should be completely optional and not forced for everyone.

They could also implement a similar feature to role queueing in League of Legends. In LoL, you can select your role before you queue, and it increases the likelihood of you playing that role. However, if it is taking too long, there’s a chance you get auto-filled to a different role. If you got auto-filled, you are guaranteed to get your chosen role/s in your next game.

They could take this feature and apply it to Valorant’s map queue. Players can choose their preferred maps, but they can also get “auto-filled” to a different map if the queue is taking too long. Then they could guarantee one of your selected maps next game.

This “auto-fill” element could balance out the play rate of each map and, at the same time, ensure that players get to play their preferred maps every once in a while.

Map queue is a feature that a lot of people want. It can help you climb and set different strategies with pre-made lobbies. There are also days where a certain map just doesn’t work for you, and you simply don’t want to play on that map.

Map-specific queues are definitely on the needed features list. Adding this feature will definitely please a lot of players. Let’s all just hope that the map queue feature is already in the works, and we’ll get to see it soon enough.