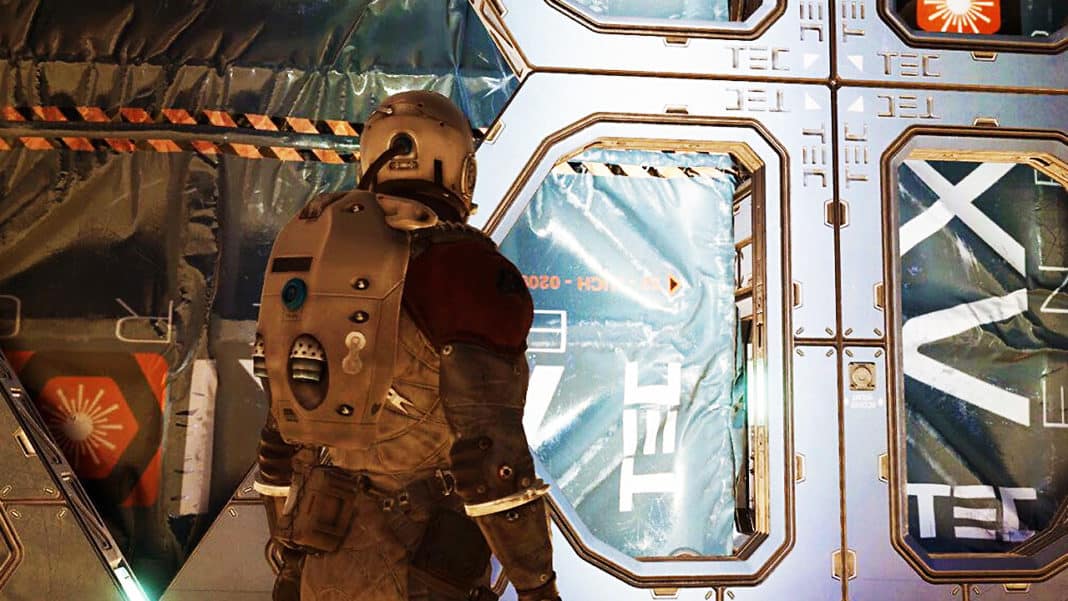 Over the weekend, we’ve seen multiple leaks from Bethesda’s upcoming sci-fi RPG, Starfield. Today, veteran insider Jeff Grubb commented that Bethesda is targetting a Q1 2022 release window, while the official leak could be just a month away.

The release window for the much anticipated single-player sci-fi title seems to be much closer than previously speculated. Grubb further commented that he will “have something to write about this during the week” and promised more details on his weekly podcast, The Game Mess Show. On the subject of the official reveal, E3 sounds like a promising stage for the world premiere of Starfield.

While Starfield is a prominent name that has been bouncing around the gaming leaks and rumours community for a while, very little is known about the actual game itself. A few leaks here and there have suggested that the game will take place on a spaceship in space, which was pretty evident from the name itself. A few rumours suggest that custom space ship construction could be a central aspect of the game, something like an Alien Isolation game set in a sci-fi open world. What we know for sure is the fact that it’s built on an upgraded version of Bethesda’s Creation Engine, renowned for the Fallout and Elder Scrolls franchises.

Furthermore, we’re almost certain that Starfield will be an Xbox and Windows exclusive. Starfield will be Bethesda’s first game since being acquired by Microsoft. Xbox agreed that previously made exclusive commitments by Bethesda shall be honoured, namely Deathloop which has a one-year exclusive agreement on the PS5. Starfield has no such commitment and may land on Xbox Gamepass on Day 1.

Todd Howard, game director at Bethesda, had previously defined Starfield as a “next-generation” game, but owing to the worldwide chip shortage, speculator assume that Starfield may end up being a cross-gen title. Hopefully, Bethesda and Xbox won’t pull a “Cyberpunk 2077” on Starfield if they do end up bringing the game to last-gen consoles.

Two Prince Of Persia Games Appear on the Playstation 5 Store

How to fix the God of War Ultrawide Issue for 32:9 on PC