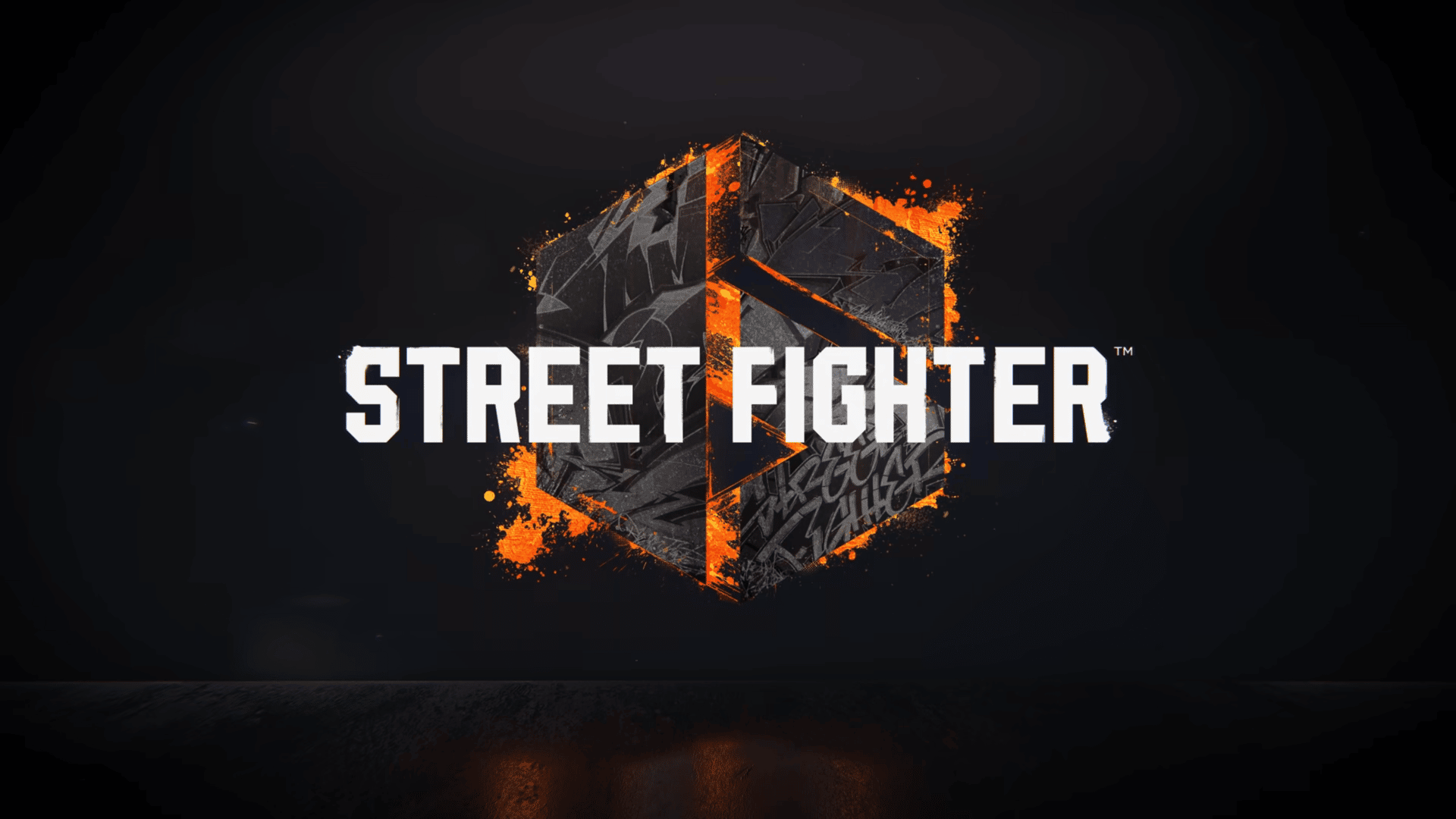 Developed by Capcom, Street Fighter has become one of the staples for fighting games, especially in today’s era. And recently, Capcom announced the next installment in the massive franchise.

It’s been almost seven years since we had the last Street Fighter game, and Capcom isn’t coming in slow this time around. The developers behind the game seek to take full advantage of next-gen consoles and push the series to even newer heights. Here’s everything we know about Street Fighter 6: leaks, release date, and everything else!

Capcom revealed Street Fighter 6, which got everyone excited because we haven’t had a new Street Fighter game in almost 7 years. It has been long overdue, but the wait was finally over:

Capcom revealed that they will be releasing Street Fighter 6 in 2023.

If you know anything about Capcom, they are known to launch every AAA title toward the end of their fiscal year, which falls anywhere between February and March. Fans expected the same for Street Fighter 6, but it seems like we have to wait a little bit longer.

Capcom, in their financial report for the year 2022, hinted at the release of just one AAA tile in the remaining fiscal year. From all the announcements and speculations, we have concluded that the game releasing at the end of this fiscal year is not going to be Street Fighter but rather Resident Evil 4 Remake. The release date for RE4 Remake has already been confirmed to be March 24th, 2023.

It is rather sad, but Capcom also hinted that they would be working on releasing another title somewhere around the middle of their next fiscal year. That means we can expect the new Street Fighter game to come out somewhere in September; who knows? One thing is for sure; we aren’t getting the game at the start of the year, so keep holding on to your seats because, from the trailer and the closed beta reviews, it seems like it is worth the wait.

The Street Fighter 6 beta is divided into the following sections:

Capcom rolled out a closed beta for Street Fighter 6 on October 7th, 2022. It remained active for 3 days until October 10th, 2022. The closed beta was released with only 8 characters. It was a closed beta, and only a select few were allowed to take the game for a test run. People who tested the closed beta were instant fans of the new and improved game, and they thoroughly enjoyed their time.

Capcom just revealed that there would be another closed beta coming to all platforms from December 16th – December 18th, 2022. Be sure to fill up the form and get a chance to test the game early.

Anyone who played the first closed beta will automatically be invited to play the second one as well.

During Sony’s State of Play last month, we got a glimpse of Street Fighter 6 in the Capcom Showcase on June 13th. It’s not some obscure teaser but a full-fledged gameplay trailer, to the surprise of many fans. We also got a look at the newest featured fighters Jamie and Kimberly, along with classic characters such as Ryu and Chun-Li.

Going back, at the end of the gameplay trailer, Capcom revealed the platforms that Street Fighter 6 will be on PS5/PS4, XBOX X/S, and PC. Unfortunately, they excluded the last generation XBOX One for some reason.

Will Street Fighter 6 Have Crossplay?

Street Fighter 6 will have crossplay between all the platforms it releases on. While this hasn’t been directly confirmed with the developers themselves, journalists and content creators who got their hands on the game have made it clear.

One of these content creators, Youtuber Maximilian Dood, said he had confirmed it from the devs themselves. So, it looks like we’re going to have Crossplay after all. It could be a great factor in growing the player base for the game. And with that, it’s not going to be long before the developers make an official statement on the matter.

Capcom released the official trailer for Street Fighter 6 on June 3rd, 2022. The trailer revealed a lot of things that we will be seeing in the new installment of the Street Fighter Franchise. There were are few things in particular that stood out.

Before starting this section, I would like to thank VesperArcade for educating me on most of the gameplay and mechanics. You can see his full video here:

The gameplay involves Luke (a recurring character from the Street Fighter franchise) and Ryu, along with their revamped model design. The HUD is minimalistic yet colorful simultaneously, allowing players to distinguish each bar quickly.

Most gauges remain similar, with the super arts gauge still at the bottom of the screen, and we have a new mechanic in Street Fighter 6 called the “Drive System.” Capcom has been using their proprietary RE Engine which makes it much easier to develop their own games. The dev team decided that they will be using their own game engine rather than a 3rd Party engine.

Rollback netcode is a vital part of any fighting game that relies heavily on online play and is in need of that extra bit of quality. Needed for responsive matches online with a minimal amount of latency in online regions and matchmaking.

It’s something that used to be a feature in games and has slowly turned into a requirement, especially in games like Street Fighter. Considering how the competitive nature of these games becomes intense, this feature is a must-have for Street Fighter 6, and we’ll likely be seeing it in the latest game in the series.

The Drive System is a gauge that acts like a stamina meter. You can expend this gauge to make “Drive-Related” moves, and once you run out of Drive, you’ll be in a burnout state, which is detrimental to your fights as opponents will have a massive advantage over you. If an opponent happens to wall-splat your burnout character, you will automatically enter the “Stunned state.”

There are five different drive moves that drain your drive gauge:

While they’re called “Modern” controls, they’re essentially an entry point for beginners and casual players. According to the demos, the new control scheme takes away the character’s normal attacks and replaces them with 3 buttons. Furthermore, there’s one dedicated button for performing special attacks without the need for special movement. Additionally, shoulder buttons have dedicated actions set to them as well, making moves like grabs and auto combos easier to pull off.

Modern Controls make fighting simpler in a way and allow for auto combos to be performed a lot easier. Players new to the game don’t have to remember complex movements and key combos to enjoy dishing out popular special attacks like the Shoryuken or Chun-Li’s fireballs. Casual players can finally enjoy the essence of the Street Fighter series without worrying about memorizing complex combinations and movesets.

While these new controls seem like an “easy mode” for some, there are still downsides to them. For instance, there are only 4 slots for special attacks in Modern Controls, and anything outside of them is unavailable to perform even with the traditional input. And with the game in beta testing and still being worked on, the developers will make sure to balance the new scheme out with competitive gameplay.

The developers have openly announced that the game will feature 3 major modes for players. Fighting Ground, Battle Hub, and World Tour, all with their distinct gameplay features. Let’s get into each mode and see what they’re all about.

The first mode we’ll get into is Fighting Ground, your stop for local multiplayer and honing your skills against bots. Here you can find all sorts of training modes along with all of the various modes from previous iterations of the game, such as survival modes and arcade ladders. You can train here, test your battle endurance, or have fun fighting against friends in local battles.

Next is the Battle Hub, your gateway to online play, where you can fight with players and climb the ranks showcasing your skills. There’s not enough footage of the mode itself out there, but from the glimpses shown, we can assume it’s the main online hub for the game.

There’s also an online lobby feel to this mode, where players can create custom avatars and roam around and challenge other players to fights. Areas and settings include iconic locations from the series and even feature old-school arcade machines to interact with. This mode is all about VS battles and proving your worth in online competitive play.

Onto the last and most interesting mode for the game, we have the World Tour. Very little is known about this particular mode, but it seems to be something the series has never done before. It features an open-world setting based on a setting from an 80’s classic Capcom game, Final Fight.

Here you can meet actual characters from Street Fighter and its expanding universe and get into all sorts of trouble. There’s no confirmation on how exactly the mode will play out, but it has been described as an “immersive single-player mode.”

Will Street Fighter 6 have a Multiplayer Mode?

Yes, Street Fighter 6 will have an online multiplayer mode known as Battlehub where you will engage in real-time battles against real players. If you are on PC, you have nothing to worry about but if you are on PlayStation or Xbox, you will need a PlayStation Plus and Xbox Gold membership to take part in online battles.

With the hype surrounding the game, it’s no wonder fans are craving for any bit of information regarding the game. With no official confirmations on this, all players can do is focus on the leaks that talk about the variety of characters we might see in the game.

Apart from the main headliners seen in every game, there were a few characters we caught a glimpse of in the official trailer for the game. That being said, leaks for the game suggest that the 6th game in the series will have a total of 22 playable characters in its roster. Following is the unconfirmed complete roster for Street Fighter 6:

Some of these characters are confirmed; however, not every character on this list is expected to show up when the game is released. They could be tied to DLCs later on or hidden behind paywalls, as is a usual tactic for the Street Fighter games.

Are you hyped up for Street Fighter 6? What do you think of the new characters and the new designs? Please leave us your thoughts in the comments section!