The Elder Scrolls 6: Release Date, Leaks, and Everything We Know

The next Elder Scrolls game is confirmed and in production. That is the most important thing to take from this! The fans are hungry for the next installment because it’s been over a decade since the last one, the beloved Skyrim. It is one of the best RPGs of all time, and the multitudes still adore it!

The Elder Scrolls 6 release date is speculative at this point, but based on things we know about Bethesda and the production, we can make an educated guess. It might take quite a while, but the cogs are moving. Judging by what we know now, it will be the biggest, boldest, and most enthusiastic project of the series jet, so it might very well be worth the wait.

The official YouTube video has comments like: “I hope my grandkids will get to enjoy this game”, commenting the eventual Elder Scrolls 6 release date. It does look like they’ve only brushed some of the world-building so far. Maybe decided on the general path for the story, and that’s it.

But, the teaser, although short, provides some material for speculation. For instance, the area is by the sea or possibly the Ocean. It shows a single fortress on the reef, possibly Solitude, Dawnstar, or maybe Winterhold. It is time to dust off our lore books.

Will Elder Scrolls VI Have Hamerfell and High Rock?

The developers tweeted this on the game’s official account on December 31st, 2020. This undoubtedly ruined New Year’s Eve for anyone who is not a gamer. Naturally, the fans forgot about the celebration and told their epic tales from the game all night.

It was tweeted with a message: “Transcribe the past and map the future” clearly aimed at the new Elder Scrolls game.

Also, the positioning of the candles is suspicious to many fans with a sharp eye. One is on Skyrim, the other on a book. And, the third one is beyond the borders of Hammerfell to the south, right on its name label.

Combined with The Elder Scrolls VI teaser trailer, everyone assumed that we are headed there in the next elder scrolls game. This massive area is also called Volenfell, and a big chunk of it is the well-known Alik’r Desert.

Hammerfell is home to Redguards, skilled and cunning warriors who took over the region after the Dwemer lost it. Besides the desert, the area has mountains, grasslands, and several cities like Dragonstar, Elinhir, Sentinel, Helga the, Gilane, and others.

However, Hammerfell and High Rock were the setting for The Elder Scrolls II: Daggerfall. So, it might be wrong to assume this. Some fans predict that the next Elder Scrolls game might span several provinces across The Empire of Tamriel.

Is The Elder Scrolls VI Still In Pre-Production?

Since January 2018, besides the teases mentioned, there wasn’t any real news on the game. It’s been four years, and The Elder Scrolls VI is still in pre-production, according to very reliable online sources.

This means they may have laid some groundwork for the world, but this project is still at the starting point. It is unfortunate for many who had high hopes up when they saw the first announcement. The Elder Scrolls 6 release date is still ages away.

Since it’s been four years, and this project hasn’t moved an inch from pre-production, this doesn’t look good. Especially for those who are impatient for the new elder scrolls game. Long story short, we are looking at 2026-7 at the earliest for a possible Elder Scrolls 6 release date.

If you are a die-hard fan of the series, we can recommend some games like Skyrim to try in the meantime.

However, we can predict much just by looking at what Bethesda is currently working on. The studio is now in the final stages of creating Starfield, which is a space-themed action RPG.

Starfield was officially announced in 2018, and is set to release in the first or the second quarter of 2023. Even if everything goes as planned, Bethesda will need some time to handle the launch.

There’s always something to fix in the first couple of weeks. Then they might transition to the next elder scrolls game by the end of that year. Now, that is the point when the Elder Scrolls VI pre-production ends, and production begins. This has to take three to five years, no two words about it.

On one side, they promise that the new Elder Scrolls is the biggest, most ambitious project so far. That means that the game needs more development time than Starfield. But, on the other hand, Todd Howard, the director, and executive producer at Bethesda Game Studios, shared some good news.

According to him, the next Elder Scrolls game starts production with all hands on deck! This means that many smaller studios, there are three under Bethesda alone, will join in.

Also, Bethesda and these smaller studios are hiring people for all positions, which is promising. These studios have worked on small games and spin-offs, like The Elder Scrolls: Blades and Fallout: Shelter. It will shorten the time to the Elder Scrolls 6 release date!

Obsidian Entertainment’s Avowed is similar to Skyrim, which might be worth checking out.

How Does Microsoft Affect the Next Elder Scrolls Game?

Microsoft has completed the acquisition of Bethesda in 2021, and (this is important for later) they have promised a plethora of PC and Xbox exclusives. The deal was worth $7.5 billion for purchasing Bethesda Softworks’ parent company ZeniMax Media.

Now, since is ZeniMax Media and all its sub-studios, and this includes Arkane (Dishonored), MachineGames (Wolfenstein), id Software (Doom), Tango Gameworks (The Evil Within), and many more. This makes a total of twenty-three first-party studios Microsoft owns.

As a part of the deal, they have announced that Bethesda keeps its current leadership and runs as a separate studio, as Microsoft did with Mojang, GitHub, and others. It is a general assumption that Microsoft will invest heavily in the new elder scrolls title.

This might also mean they have the resources and the means to speed up the production once it starts. By utilizing plenty of resources and many of the smaller studios at their disposal, a game of such scope as the Elder Scrolls VI can be finished within three to four years.

So, since Starfield is launching in the first half of 2023, 2026-7 is a likely window for the Elder Scrolls 6 release date. Again, this is just an educated guess. We can’t possibly know if some other factors will speed up or slow the production as the pandemic did in 2020.

Will The Elder Scrolls VI Be An Xbox exclusive?

Above is a tweet from Jeff Grubb, the author of short stories, novels, and comic books and has worked on some known RPGs. Grubb worked alongside Ed Greenwood on the setting for the Forgotten Realms and contributed to the campaign setting for Dragonlance.

He is also associated, in one way or another, with games from franchises like Magic: The Gathering, Guild Wars, StarCraft, and many more. Grubb has no official ties with Bethesda, but he seems to be “Mr. Current Affairs” in the gaming industry.

In this tweet, he is referring to What Pete Hines, the s.v.p. of global marketing and communications at Bethesda, said about future games being an Xbox Exclusive. Mr. Hines seems to be mostly talking about PlayStation and Xbox, so he might be referring that only Microsoft’s console is getting the games now.

However, since he hasn’t mention PC and Microsoft still invests heavily in Windows, The Elder Scrolls VI is likely coming to Xbox and PC. Todd Howard, the executive producer and director at Bethesda, has said that it is hard to imagine not bringing the new Elder Scrolls game to multiple platforms.

Bethesda also adressed a similar issue with Starfield, when the fans expressed their discontent at the game’s PC and Xbox exclusivity. Since the Elder Scrolls 6 release date is quite far, things might change.

Will the Protagonist Be Voiced in the New Elder Scrolls Game?

We can’t presume if Bethesda, now backed by Microsoft, will change the traditional gameplay for the next Elder Scrolls game. This includes how the protagonist was never voiced in previous titles.

We can compare date from previous titles. Looking at some figures, Starfield has over two hundred thousand lines of dialogue while not having a voiced protagonist.

This is a leap from a hundred and ten thousand that Fallout 4 had, and the studio might go even further for the Elder Scrolls VI. Skyrim had only sixty thousand lines, so if the new Elder Scrolls title follows this progression, it might have four times as much.

Elder Scrolls 6: Which Era Will It Be In?

Hardcore fans of the franchise know that the Elder Scrolls has different eras. The Elder Scrolls Online is set in the Second Era, and this game has High Rock and Hammerfell areas, so it might be an opportunity to visit what might be the setting for the next title.

Skyrim was set in the Fourth Era. For the Elder Scrolls VI, Bethesda might also go for the Fourth Era and just change the locations, or they might do something entirely new. Moving to the Fifth Era would mean that the old lore has less significance, but it would be easier to develop something new.

The Elder Scrolls 6 Is Still Far Away

While we wait, it is worth to remember that The Elder Scrolls franchise has many titles still viable today. Oblivion is still good and it is getting improved by modders often.

If all goes perfectly, the Elder Scrolls 6 release date might be 2026-7, but nothing ever goes perfectly. The studio has promised the most ambitious project ever, which complicates things even more. Even if we can’t assume the release window correctly, we can surely expect that the next Elder Scrolls game will be something epic! 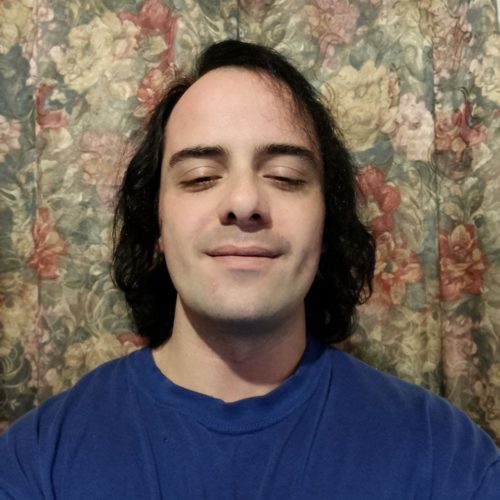 Aleksandar Lukic
"The pen is mightier than the sword...if the sword is very small and the pen is very sharp" -Terry Pratchet