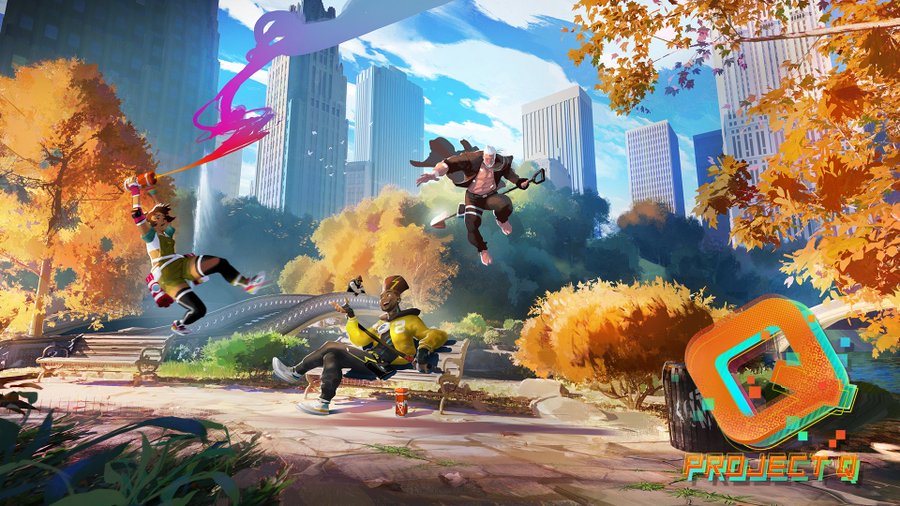 Ubisoft officially announces its new game project codenamed Project Q. The game was said to be one of the company’s rumored projects in development. It first appeared in the infamous GeForce Now leak. Closed test sessions of the game were supposed to be going on until the 25th of April. But with gameplay footage of the sessions leaked, Ubisoft finally has decided to acknowledge its existence.

Project Q: What We Know So Far

The game is a Fortnite-inspired PvP battle arena game that will feature colorful characters like the Epic namesake. According to Tom Henderson, Ubisoft Bordeaux is developing the game currently. The studio has lent its support in making games of the Assassin’s Creed and Rainbow Six series along with Beyond Good and Evil 2.

Gameplay footage shows that the style of gameplay they are going for is also similar to Fortnite but with combat having a bit more emphasis. The game features two modes: ‘Showdown’ which is basically a Battle Royale consisting of four teams of two players and the ‘Battle Zone’ mode where players need to reach 100 points. The Battle Zone mode will feature two teams of four players instead.

Players will be able to select the weapons, skills, and abilities of their heroes along with three individual ‘Wonders’. The game is unique in the sense that there are no weapons like Rifles and Shotguns. In addition to that, You’ll have to use items like hammers, sticks, a deck of cards, and many more. You’ll also be able to acquire various abilities like flying.

For now, this is all we have regarding Project Q. Ubisoft hasn’t released any more information on it. Players can register for upcoming tests of the game to check it out.

What do you think of this news? Are you excited about Project Q or do you think it will be a failure? Share your thoughts in the comments section below!