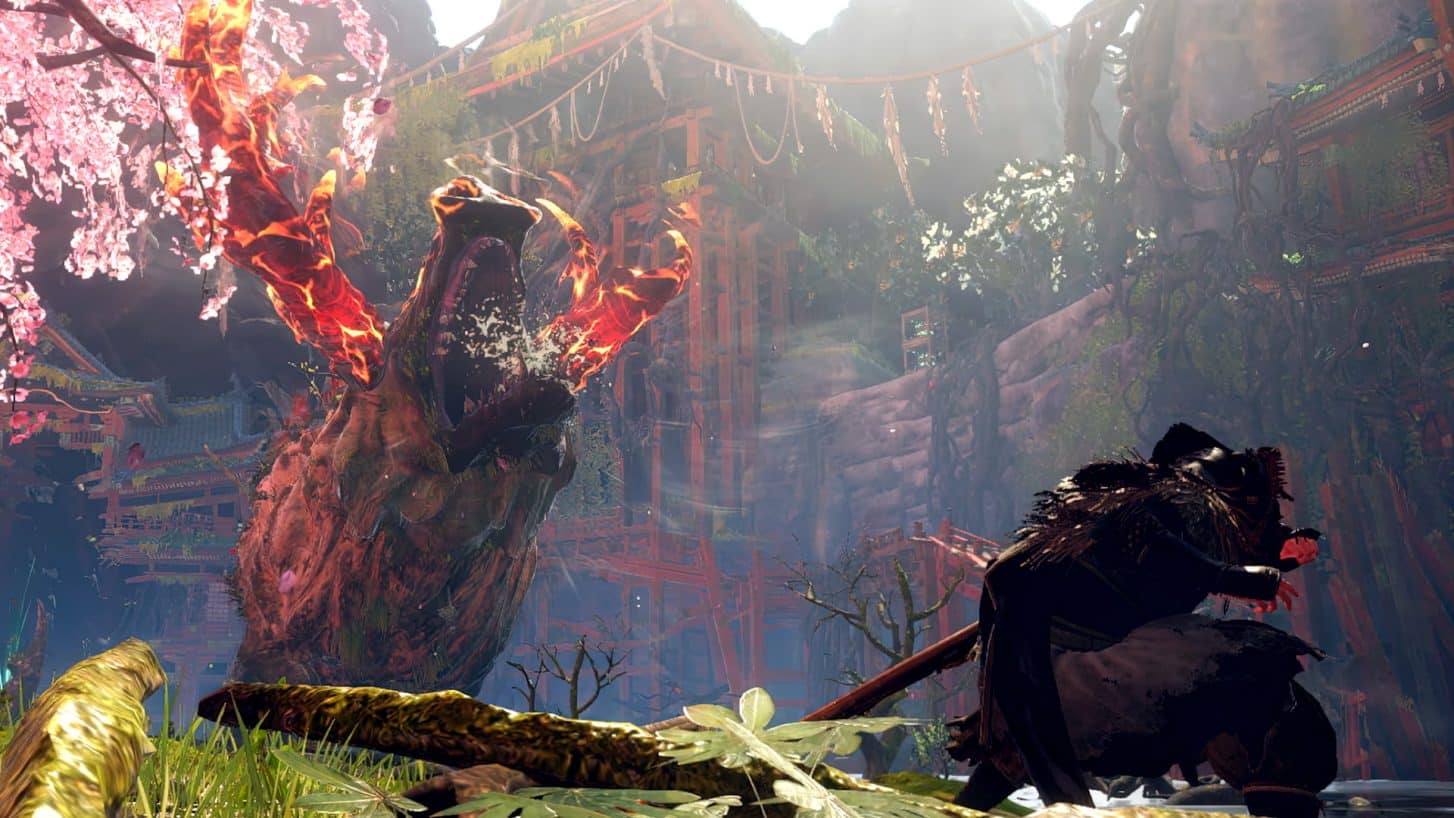 The upcoming action-fantasy RPG inspired by Feudal Japan, ‘Wild Hearts’ is set to release in a few months. We previously got a gameplay trailer for it that showcases impressive gameplay and the gorgeous world. Recently a new gameplay trailer dropped displaying more of the combat and powers.

Harness nature’s energy to power the ancient Karakuri technology in WILD HEARTS™. Both weapons and tools, the Karakuri can be shaped into many forms. With them, you can set traps, react to attackers, and deliver devastating damage to the mighty Kemono. But you can build as well as destroy. Gathering resources, training, and swift travel are just a few of the Karakuri’s many constructive uses.

Karakuri seems to be a pivotal part of the game. You can find it all over the map and through nature’s energy can use it as a weapon and as a tool. The trailer showcases many other scenarios where the tech will come in very handy in fighting monsters all over the world.

What is the Game About?

Wild Hearts is being developed by Omega Studios which is a division of  Koei Tecmo. EA will be publishing the game. The gameplay trailers reveal a very Monster Hunter-esque game inspired by Feudal Japan. The game integrates ancient technology and nature’s power to fight off ferocious beasts.

It also has a co-op mode, so you can either play it solo or multiplayer with up to two friends. It also supports cross-play so the platform won’t matter. This is always good to have in a world full of so many platforms.

The really interesting part about the game is the partnership between EA and Koei Tecmo. It will be curious to see how it really plays out. Initially, the trailers look really promising and our expectations are high. Wild Hearts releases on February 17, 2023. It will be next-gen only and available on PlayStation 5, Xbox Series X|S, and PC via Origin, Steam, and Epic Game Store. Also, the game will be available in English, Japanese, French, Italian, German and Spanish voiceovers.

What are your thoughts on Wild Hearts’ new gameplay trailer? Let us know in the comments down below.