The reviews on WhatIfGaming are based on an editor’s opinion, after all, reviews are not exact science and quality cannot be measured, although we would love to have that capability.

That being said, there are some criteria that we believe we should consider when reviewing a game. Let’s split them up into four criteria: the reviewer, the contemporaneity, the genre, and the platform.

You know that friend who has the same taste as you? So, we want you to feel that way with our reviewers, that familiarity. To this end, we only select reviewers who are well-acquainted with the game, series, or genre being reviewed. Otherwise, this can make the review even more arbitrary than its nature dictates. If we are going to review Resident Evil 3, for example, we want someone who has already experienced both 1 and 2, so if they have reviewed the previous installments and you have a similar opinion, you already know this reviewer’s metrics. However, this is not always going to be possible. WhatIfGaming, after all, is still a company and like most companies, the staff can change, especially considering that sequels and new games are being released more and more frequently. But pay in mind that people evolve and their tastes may change. A review from 10 years ago may seem inconsistent with a current one if the reviewer’s values, experiences, and tastes change. It happens, people evolve, or sometimes, retrogress.

If the game was released today, we will not compare it with a game that was released 20 years ago and vice-versa, a game released 20 years ago that has some feature discredited or improved by a current game, will not be undervalued. Technical prowess is the first factor that comes up when we talk about modern games. Triple-A games may run at 20k resolution, 980FPS and we can even smell the character’s perfume. But a game that could be parading for Victoria’s Secret, but it’s boring than an uncle on Thanksgiving is not going to get a solid score. The game graphics should add to it because at the end of the day, its main function is to entertain.

You cannot compare a platform game with an FPS game. Back on the technical subject for a moment. An FPS game suffers more from FPS crashes (got it?) than a turn-based RPG. Just as an indie game may have skipped some classes in the graphical department, it still deserves all your love and affection because of the story or gameplay. Combining this parameter with the reviewer’s, we will prioritize reviews from people who understand and like the genre so as not to compromise the game’s analysis by making personal opinion override the reviewer’s critical sense.

I think it goes without saying, but it is difficult to consider the same analysis for a game that can be released on different platforms. Both in graphics, but mainly in gameplay. Even if a mobile game allows you to add a gamepad and play as if it were a console, we won’t consider it if the game wasn’t natively prepared for this. So the gameplay changes a lot depending on the platform and therefore the review can also change. So we will highlight which platform the game was reviewed on. But in case there are not too many gameplay implications or technical differences between platforms, we allow ourselves to rate only one platform and say with certainty that the rating will be the same for all platforms.

Sublime/Flawless#10
Is this the Real World? 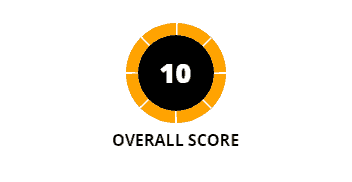 An instant classic. The game becomes a benchmark and raises the bar for all others. It is like the Beatles of games. You will constantly hear it being compared to another: “Storytelling is good, but not as compelling as game-with-masterpiece-storytelling” or “Characters have great expressions, but failed to take advantage of the technology like game-with-humanly-as-possible-expressions.” The game is a fusion that even Captain Planet couldn’t achieve. Graphics, gameplay, plot, soundtrack, innovation, you name it. Even a few minor bugs or slips go unnoticed in such greatness. You may not like the genre or the playstyle, but you should at least watch someone playing the game as if it were a television series. 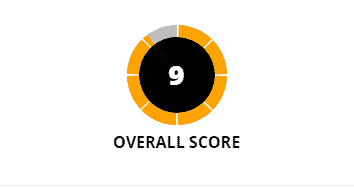 Our word is gold, and our forefathers knew it. Do you want to have a strong word? Recommend awesome games to your friends. Because they’re sure to like it. If they don’t, great, get rid of them because they were not good company. Awesome games were closely shy to excellence, maybe because of a plothole during its story or a gameplay glitch. You will know where they are flawed because reviews will compare them to the classics, as stated above. But this doesn’t take away its almost-heavenly award and you should add it to your must-play shelf ASAP 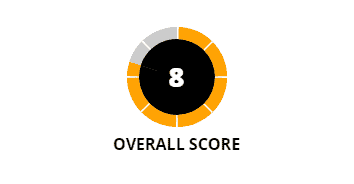 Now we are talking! It’s in these reviews that you throw it in your parents’ faces when they said: “stop playing video games all day, it won’t give you a future!” The reviewer’s bright future transcends here and we give all our love to the developers who create great games. Thank you for existing. Games reviewed as greats excel on many fronts and fail in almost none. These are games that are part of a renowned series that managed to maintain their standard or exceed expectations, that explored uncharted mechanics and did it masterfully, or daring indies that weren’t afraid to dream. Like we did in the past, dreaming of working with games, while our parents unplugged the TV. 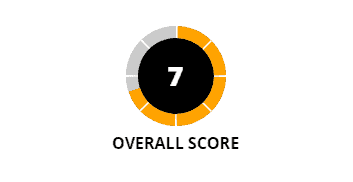 Good games are enjoyable. If you like the genre, you can bet on it. If not, you may not be as interested, but it’s worth a shot. The game doesn’t excel in many areas, but it may possess an innovative feature, a stylish graphic, or the soundtrack may put you into the games’ atmosphere. What can make this game good is the sum of all its good features, or are great elements, but lose their equilibrium because of glaring flaws, like a major bug or a script way too confusing. But at the end of the day, it’s worth its penny.

Above Average#6
Your Ex 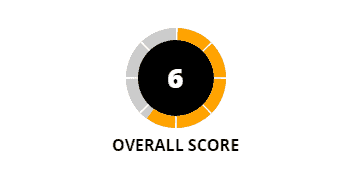 Swam, swam, swam, but it died on the beach. Above-average games are harder to review than extremely good or bad games. It is because while it has nothing remarkable, it had something remarkable-ish. It is not a case of a fake relationship, but if you get comfortable with it, you might want to see it through to the end and even make excuses as to why you were spending time with it and not with better games. 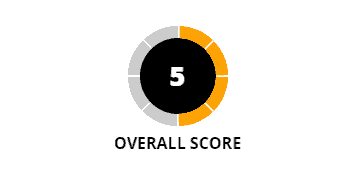 The game may have some fun stuff, but some boring stuff. Or it may be boring, but impress you at some points. If you have already invested some time and know that it is short, you finish it. But only if you have nothing better to do. Here is the baseline for the reviews. From here on up, the games are worth your attention. From here down, you need a strong reason to invest your hard-earned money. Remember that if the game is free, time is money. 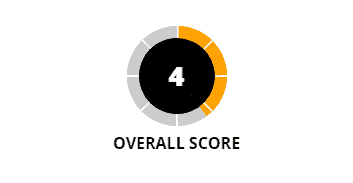 We can see that it is well-intentioned and developed with a lot of love, or maybe someone is fulfilling their long-last dream of being a game developer and it’s the first game they publish. While no love in the world saves a tedious and plain relationship, diehard fans of the genre or gameplay style may find it somewhat appealing. 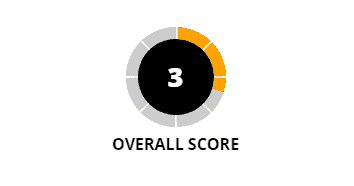 Not good, not mediocre. Bad. If you are a big fan of the series, you can try it out and try to understand what went wrong with the execution of the game. You might even have fun if you have nothing more exciting to do than this game, like staring at the wall for five hours. But at the end of the day, the game will still be bad, be it clunky gameplay, dull flow, or a combination of everything.

Awful #2
You Don't Deserve This 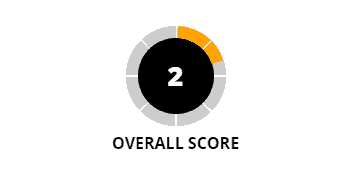 Argh, who said reviewing games was a fun career? If you are leisurely playing and you don’t like it, you can just drop it. Not we, unfortunately. And sometimes we have some awful experiences. It may be because of bugs worse than a flying cockroach, horribly gameplay, or a plot worse than 50 Shades of Gray. From here on down, a refund is no longer a consideration and practically an obligation.

Forgettable#1
Ask for a Refund 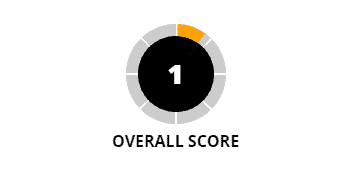 You know when you are about to get a zero on your high school exam, but the teacher gives you a point because you got your name right? This is exactly how we feel. The game is bad, both technically and in the plot, and not worth your time. Looks like someone got a trial version of a game-making software and tried to develop a game in only three days, with no previous knowledge whatsoever. Watermark included. 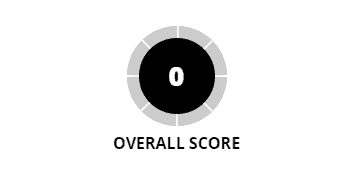 These shouldn’t be called games, they should be called a sentence because one must only play if you committed a crime. And when you do, you will see that 30 years bathing with other convicts wasn’t that bad. You can send us a turkey or a gift card because we just saved you valuable hours.

Do we change review scores?

Very unlikely. While it’s likely that our reviewers do not know all the intricacies and backstages of game development, the moment a company makes the game available as a complete game – or better yet, charges for it – we consider that the game is ready to receive our tough love. Bugs? Patch fixes? DLC fixing plotholes? Nah, you can’t fool us.

What we can do, however, is holding back on reviewing a game if the publisher is clear that it will be released in parts or that a major feature, such as an online component, will be made available later on. In this case, we can post our partial experience of the game, aligned with witty gibberish, and its flaws and high points, but we won’t set a score on stone until the game is deemed whole.

Can publishers bribe your scores?

There are many regulations, laws, and most importantly, our honor at stake. As we said, reviews rely heavily on the opinion of the reviewer and unless publishers are up to some Machiavellian scheme of contacting all reviewers and bribing them to give us a high score behind our backs, we don’t do that. I know that you, angry gamer, may find it outrageous that a game that you consider at most a score of 4 received a score of 9 on our site. You’ll discredit us, complain on Twitter, say we’re fakes, and never visit our site again. But personal opinions are like butts, everyone has their own, but don’t blame us if yours stink.

Kitsune Zero Review: A Blast From The Past