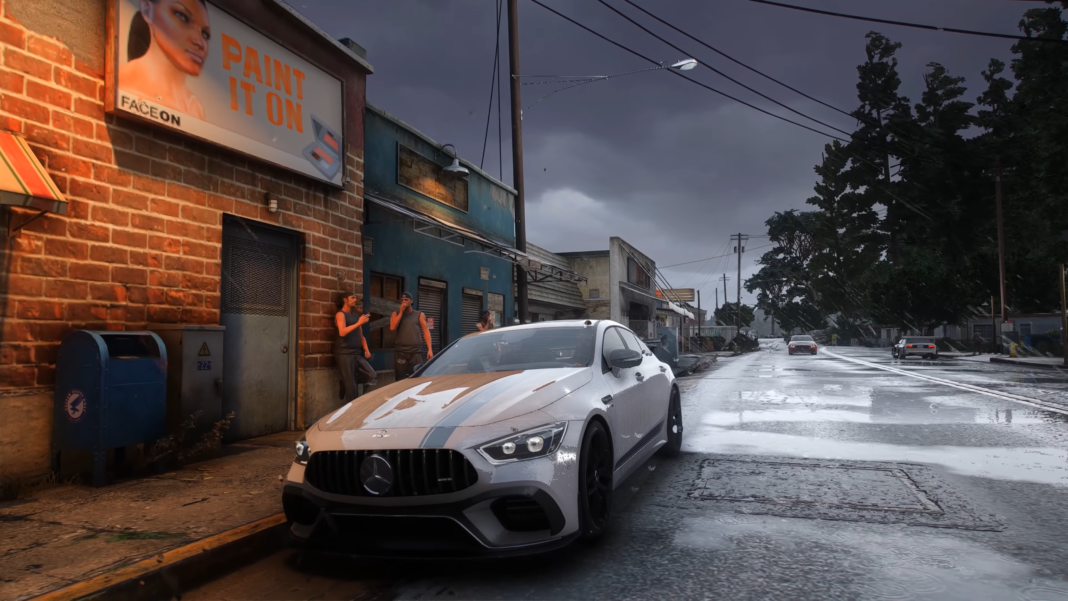 GTA V has been one of the most commercially successful open-world video games ever. It’s no wonder that after finishing the hundreds of hours of content in the game, players will be looking for more of that open-world sandbox action. Without further ado, these are the top 10 games like GTA V.

One of the best games like GTA V is unsurprising, its predecessor, Grand Theft Auto IV. Powered by the RAGE engine along with the Euphoria Software, Grand Theft Auto IV recreates a dark and grim vision of New York City. Like GTA V, the game is an open-world sandbox with arguably a better physics engine than its sequel.

You play as Niko Bellic, a war veteran who struggles with his violent memories from the war. He migrates to Liberty City to try and breathe a new and better life out of himself. He is also in search of the man who reportedly sold his unit out during the war.

However, despite wanting to live a normal life, Niko can’t outrun his past. He eventually succumbs to the life of a criminal by working with big mafia bosses. Niko’s tale is gloom, with a mix of dark humor. I highly think that Grand Theft Auto IV is severely underrated due to its performance at launch.

There were a lot of issues upon launch of the game, especially the performance on PC. Regardless, I still highly recommend checking Grand Theft Auto IV out.

Like GTA V, Red Dead Redemption 2 offers various activities like hunting, robbery, fishing, gambling, chores, and even bounty hunting. Albeit, the amount of details that the world offers is much more intricate when compared to most open-world games.

Don’t be fooled by the game’s age; L.A. Noire is Rockstar’s most definitive “investigative” game out to date. This game paved its way by being a semi-open world game with a focus on mystery and puzzle-solving. L.A. Noire has its moments of open-world exploration; however, it is linear compared to other games on the list.

You play as Cole Phelps, a war veteran who became a detective after his retirement in the army. He is reputable for solving high-profile and the most difficult cases available at the time. His story has many ups and downs, which is what makes this game very intriguing. You work to solve cases by gathering clues, interviewing people and finding the truth.

L.A. Noire is notable for having one of the most advanced technologies at the time, which is MotionScan. MotionScan allows for the developers to capture the exact facial expressions of actors and implement them in the game engine. However, it proved to be very expensive, and now, many developers consider it unnecessary.

Saints Row is a parody of the Grand Theft Auto games. The game features a lot more quirky and weirdly exaggerated versions of GTA stints. The most recent release of the game is Saints Row: The Third – Remastered, which is honestly one of the most GTA-like games compared to its sequels.

Saints Row: The Third takes place years after Saints Row 2. The 3rd Street Saints have become famous, and you presume the role of the leader of the gang. As the leader, you take control of your group’s actions which may or may not result in death.

Saints Row: The Third is one of the best games in the franchise; the succeeding sequels are filled with over-the-top ridiculousness, powers, and even aliens. We are hoping that the reboot would set Saints Row back to where it came from.

Mafia: Definitive Edition is a remake of the classic Mafia from way back in 2002. It is a game set in the 1930s with a heavy emphasis on the life of a taxi driver who becomes part of the Salieri Crime Family. The gameplay heavily resembles games like GTA V, however, with much slower and more realistic pacing.

The story of Mafia follows Tommy Angelo, a taxi driver who unknowingly becomes part of an organized crime group called the Salieri Crime Family. Tommy climbs up the ranks of the Mafia and becomes indulged in his life as a criminal. He begins to arrange a meeting with a police detective to destroy the Salieri Crime Family in exchange for witness protection.

Mafia follows similarly to L.A. Noire’s semi-open world structure. The game gives you a set of missions, and there are instances in between missions that allow you to free roam for a bit. However, there is a huge Free Ride mode that enables you to discover secrets and random missions.

Watch Dogs 2 is a sequel to the overhyped mess Watch Dogs. Think of Watch Dogs like a GTA game, but you can hack the entire city with a press of a button. Watch Dogs 2 follows the story of its prequel; however, you are now in the shoes of Marcus Holloway.

Marcus Holloway is a member of DedSec in the San Francisco Bay Area. He goes by the alias “Retr0.” Marcus is well-adapted and all-rounded when it comes to hacking. He can hack into any character, know their info, and even cars and electronics. With this set of skills, Marcus aims to take down CTOS 2.0 as a form of revenge for branding him as a criminal.

Watch Dogs 2 is honestly what the first game should have been. A more fleshed-out mechanics and a well-written story. It’s surely the best Watch Dogs game, in my opinion, and that’s why we put it here on the list.

Take note, this game is not related to Watch Dogs. Sleeping Dogs is an open-world action game like GTA V. Set in the streets of Hong Kong, you play as an undercover cop looking to bring down the Triads in Hong Kong. There are multiple similarities between Sleeping Dog to GTA; however, the most notable is the much more melee-centric combat system.

The melee combat system is one of the best we’ve seen in years. The punches feel heavy, the environmental takedowns are bloody, and overall, the combat is much more enjoyable when compared to other open-world games. It’s like you’re playing as Bruce Lee or Jackie Chan in one of their movies.

Although Sleeping Dogs lack good side missions, I would still highly recommend trying this game out as it’s usually on sale for dirt cheap prices.

Kingdom Come Deliverance is a good mix of role-playing and open-world games like GTA V. However, it has more focus on role-playing due to the number of character decisions and progression that you will be able to do. The game offers a first-person perspective with more realistic character statuses such as health, stamina, energy, and nourishment.

The story takes place in Bohemia during a war in 1403. You play as Young Henry, a no named-apprentice living with his parents. Upon his quest to finish a sword for the king’s henchman, an army of Cuman soldiers attacked and killed Young Henry’s parents in the process. The story starts to branch off from there, depending on your decisions.

The game also revolves around a branching storyline and enduring the harsh open world of Bohemia. You can also continually build relationships with other characters within the game and advance their questlines that may or may not provide you a useful reward.

The Witcher 3 is a fantastic fantasy-medieval RPG and also an open-world game. The Witcher 3 follows the events of the previous Witcher games; however, you don’t need to play the prequels to get a sense of what’s going on in this game. Up until this day, people are singing high praises for the Witcher 3, and actually, there’s an upcoming sequel to this game.

The Witcher 3 tackles the story of Geralt of Rivia, a legendary witcher from the School of the Wolf. He is in active pursuit of his lost “daughter” Ciri. Ciri is Cintra’s sole princess and was born to become a Witcher. The Wild Hunt is seeking Ciri’s true power and wants to take her into their world. The story revolves around Geralt finding and protecting Ciri at all costs.

The game has multiple questlines and even side quests which CD Projekt Red beautifully wrote. It has lots of activities and collectibles like GTA. However, it mainly focuses on the fantasy and magical elements of gameplay when it comes to lore. This aspect contrasts the realism that Grand Theft Auto V is vying for.

If you look at it from a wider perspective, you’d think that The Witcher 3 is far from the genre of video games like GTA V. However, it is an open-world sandbox adventure game with a compelling story. The Witcher 3 is available on these platforms:

Cyberpunk 2077 is one of the most recent titles on this list. It is a first-person perspective open-world RPG set in Night City. Although initially, the game received massive criticism due to the lack of promised content, Cyberpunk 2077 is still one of the best games like GTA.

In Cyberpunk 2077, you play the role of V. V is a mercenary outlaw who suddenly gets involved in a ruckus when an iconic rockstar terrorist gets implanted into his head. Johnny Silverhand, the rockstar terrorist, slowly tries to take control of V’s body until both of them decide to work together as a unit.

The story is decent at best; however, the most fun aspect of the game is the amount of customization and perks that are your options. The customization in this game lets you adapt to a particular playstyle that suits you. Rather than being common with the usual warrior, cleric, mage playstyle. They put their own “cyberpunk” twist on the different playstyles.

Honestly, Cyberpunk 2077 is a massively great game if you did not give into the hype and bypass the promises that CD Projekt Red made.

Those are our top 10 games like GTA V. What do you think of the list? Are there any games that you played that are similar to GTA? Let us know in the comments section below!