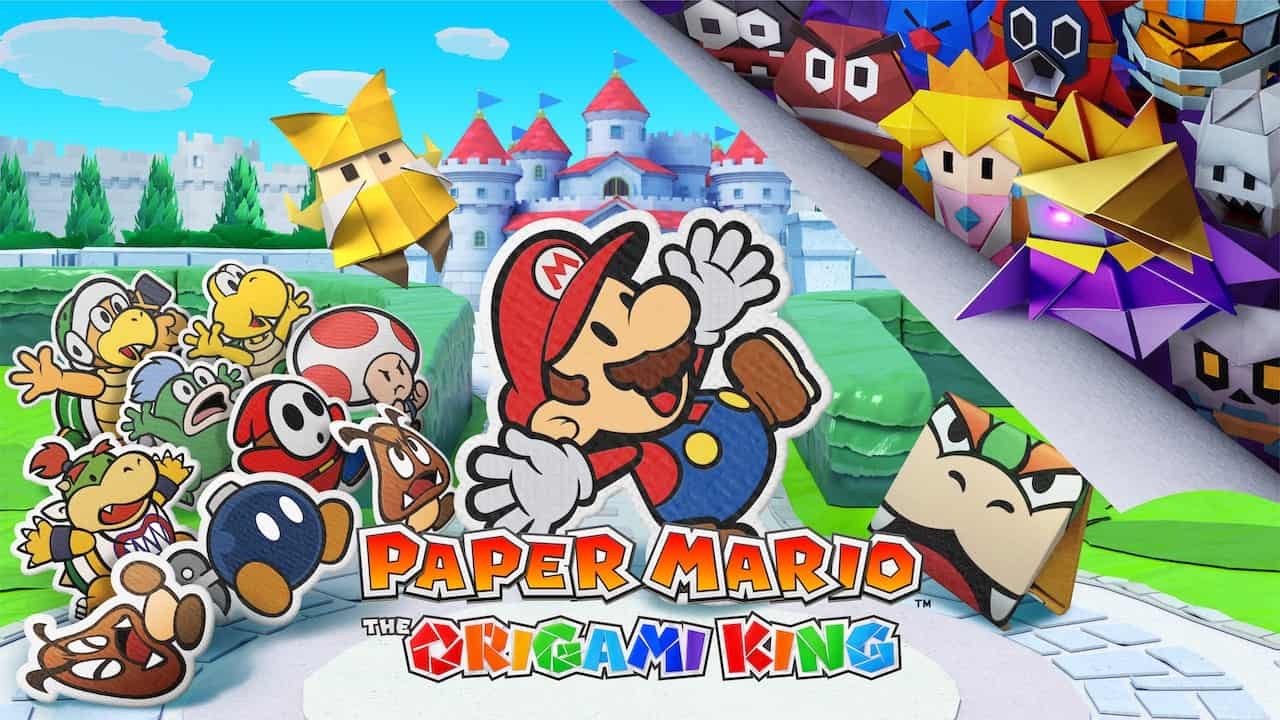 Some fresh gameplay of Paper Mario The Origami King shows us a first look at some interesting elements of the game. We get a first look at the movement and intractable environments in the game.

Paper Mario The Origami King is the latest entry to the Paper Mario series, with the last entry making an appearance for the Wii-U in 2016.

While Nintendo has shown us the wheel combat system, it seems that there is more to the world around you than meets the eye.

The 10 minutes of gameplay come from Endgadget’s first look at the game.

In it we see Mario finding Toad in different predicaments and how Mario helps them unfold.

In addition, Mario has a new ability that sprays confetti and can fill the space in an object in the environment, rewarding you coins and maybe even help in unlocking new paths.

You can farm confetti by crushing colorful flowers with the hammer that is always equipped for Mario.

The combat system also rewards you for making the most of your moves to achieve peak combat potential.

The new wheel system looks a bit confusing at first but it looks like some players will get the hang of within a half hour.

Paper Mario The Origami King is Nintendo’s latest exclusive to grace the Nintendo Switch in July.

With Deadly Premonition 2: A Blessing in Disguise releasing on July 10th.

Paper Mario is slated for a July 17th release date on Nintendo’s console and looks like it is going to be another great entry that Paper Mario fans can enjoy.

Paper Mario has always been a series that is considered to have very meta-humor. This is seen toward the end of the video with the singing trees.

With the release of the title, Nintendo is officially out of first-party exclusives until the end of the year.

With rumors of Nintendo holding a Nintendo Direct in July, we can hopefully expect to hear news on other exclusives like Bayonetta 3.

What are your thoughts on the new Paper Mario The Origami king gameplay? Let us know in the comments section below!