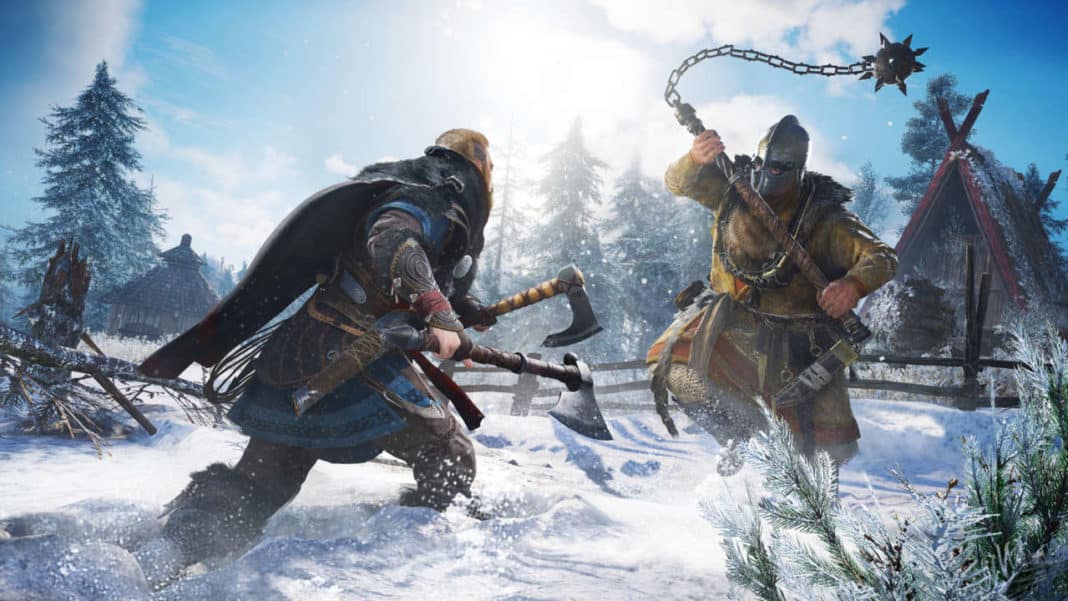 While the gameplay can’t be shared without being taken down by Ubisoft within minutes, The gameplay video shows some initial traversal of Eivor as she navigates to a mission waypoint that leads to the events in the reveal trailer.

Eivor and the Vikings join forces to invade Burgh castle and take control of it from the current leader, Rued.

In addition, some of the menu and other parts of it are shown. For instance, the same skill tree and character customization screen.

An interesting thing to note about the gameplay is that its in 60 FPS but with Xbox Controls. This means that the Xbox Series X version could be running at 1080p 60 FPS or was a PC version running the controller.

The gameplay is also marked with a “Work in Progress” Watermark, meaning this could have been the gameplay we would have seen at the upcoming Ubisoft Forward event scheduled for July 12th.

Valhalla takes us to a new setting of Vikings and their story, and this has made fans of the series very excited.

Previously, the series has taken us through Rome, Italy, Sparta, Egypt and other beautiful ancient civilizations, but now players are looking to get their hands dirty.

A lot of the gameplay is very rough, as we can see a lot of frame drops and characters glitching, which is to be expected from an early build of the game.

Assassins Creed Valhalla is slated for the PS4/PS5/Xbox One/Xbox Series X/PC later this year, on December 2020.