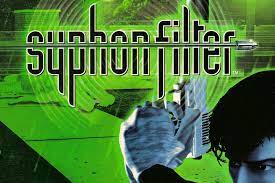 It appears that a variety of PS1 Syphon Filter games have been rated for the PS4 and PS5 by the Korean Games Rating Board. This could suggest that these games could be the first of the top-tier offering of PlayStation Plus’s new model set to go live in June of this year.

Syphon Filter Games Finally Coming to the PS4 and PS5

The Syphon Filter series was the crowning achievement of Bend Studios, who recently became well known for the new Sony IP, Days Gone for the PS4. Prior to that, the studio had a good portfolio of PSP and PSVita games for other Sony exclusives such as the Resistance and Uncharted series.

It is not yet clear if players will be able to buy the games separately or will they be bundled in Sony’s top-tier offering, which is similar to Apple Arcade’s model. Some games on the platform are gated off behind the service, so it is too early to say whether or not the games will be purchasable for non-subscribers.

However, if we had to lament a guess, we could hope that Sony does give an option for it like they did with PS1 games on the PS3.

While it is highly unlikely we will see Bend Studios return to Syphon Filter, what are your thoughts on the rating? Let us know in the comments section below!