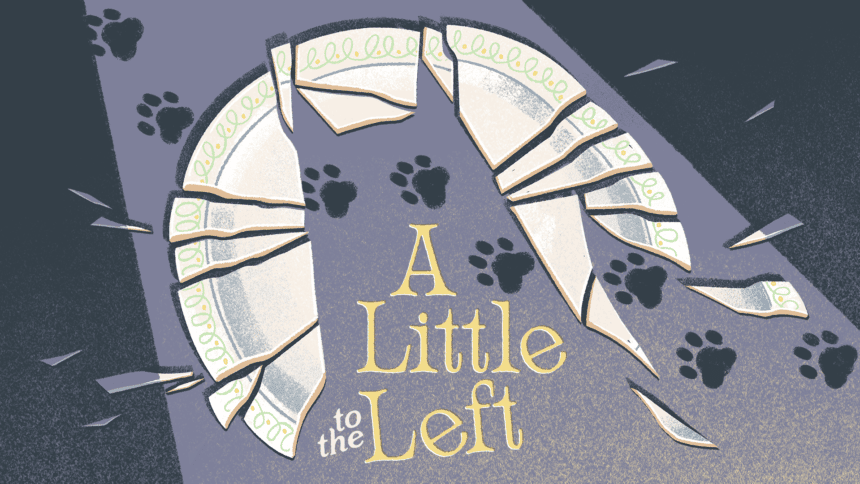 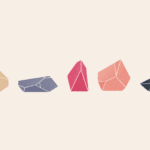 A Little to the Left is a cozy puzzle game from Max Inferno and Secret Mode. If you like things to be in order, neatly stacked up or uniformly lined, this might just be the game for you. It also helps if you’re a cat owner and understand that all your tidying efforts might just be futile. In our A Little to the Left Review, we take a look at one of the most comforting games of the year.

Note: I will be showing earlier puzzles and try my best not to spoil any of the later ones.

A Little to the Left is mechanically simple because all you do is click or move things. It’s a perfect game to play with a mouse and something that doesn’t require much from you regarding the controls. There are over 75 puzzles divided into chapters that target different parts of the household, which is a considerable amount with how much variety there is.

In some puzzles, you’ll simply place things in order of height to show a consistent increase or decrease in size, while others might demand a bit more from you where you need to use space efficiently. It’s genuinely relaxing to pick up things, stack them up nicely, and hear a small sound confirming you’ve made the correct decision.

While some puzzles simply require you to stack things neatly, others are more about your observation skills. Finding a pattern between objects, or something even deeper, like a flowing river, require you to take your time and observe. This is a chill and relaxing game, but some of the more challenging puzzles can be real brain teasers, which is great.

Things start out really simple and progressively become complex. The developers found a good way to balance difficulty, though. After a particularly challenging or long puzzle, you’re almost always greeted with something incredibly simple. This ensures that the comfort part of the game is retained and it doesn’t devolve into an exercise of stress.

Of Course, There’s a Cat

Speaking of stress, there is a cat in the game. It shows up in different puzzles to mess with your tidying. Don’t worry, it’s not usually a big deal, though. It’s a fun presence that brings adds character to the game.

Overall though, playing A Little to the Left is a delight. The level of creativity on display with simple mechanics is incredible.

My Way or the Highway (Sometimes)

What does cause some stress is when you can’t exactly figure out what the puzzle wants from you. Look, it’s clear in most puzzles what type of uniformity is required from you and how certain objects occupy spaces, but this isn’t always the case.

I understand that a level of subjectivity will always be a factor in how one can arrange things, and the developers obviously designed most puzzles in a way that most players will come to the same solution, but at times it can be frustrating when your method of tidying doesn’t correspond to the intended one.

Take, for example, this puzzle below.

Now, if you’re like me, you’re probably thinking, “Okay, I see some cracks in these bowls and a pattern that matches up. I should probably arrange these in a way so that the cracks aren’t visible.” I do that and almost perfectly line up the pattern too, which took a bit of time, too, if I’m being honest.

However, this isn’t the solution, and the game doesn’t register it as one, even though my understanding was that hiding the flaws in the bowl would count as tidying. Instead, you had to match up the pattern perfectly, even with the cracks visible. Why have cracks in this if the pattern was the main focus of the puzzle? It could have been to throw me off a bit, and I guess that worked.

In some of the puzzles near the end, it can become a bit tricky to know where you went wrong, and at times, a bit frustration-inducing as well. I think this will be ironed out in a few patches because some level of flexibility should be granted, especially with the vibe the game is going for. To explain, here is another puzzle, but don’t worry, I will not spoil the whole thing for you.

See the screws in this compartment? Well, even though I placed them exactly where I had to, turns out the one at the top was a bit off. After staring helplessly at the puzzle for a while and even referred to the hint system (more on that below). I couldn’t make out what I was doing wrong, so I just started touching different things, which led me to the top screw.

I try to be tidy and organized, but sometimes I need help, and going into this one, you might have a similar concern. This is something that A Little to the Left has elegantly addressed with a simple hint system. If you’re stuck on a puzzle, or part of it, you can refer to the hint system from the menu. It’s a notepad with scribbles covering the entire thing.

You can erase any part of the puzzle to get an idea rather than the entire solution. This works perfectly because it’s not simply giving it away but providing you with an actual hint. You’re free to erase all the scribbles and get the solution too, but I don’t recommend it.

If you’re simply not understanding the puzzle, you can “Let it Be“. This option in the pause menu skips the puzzle so you can return to it later.

A Little to the Left is a beautiful game, and every puzzle has been crafted finely with incredible detail. I love seeing all the little parts of a bigger puzzle drawn in a consistent art style that’s easy on the eyes but still very colorful. The background color selection is never overpowering and always complements the objects in the space.

Objects have this crayon look that makes them fun to interact with, and good use of shadows provides weight to everything. I also like how many sound effects there are in this. Almost every object has a sound, and at times, moving something will have a distinct effect too.

The score is light, melodic, and quite diverse. The moment you think it’s getting a tad bit repetitive, the melody changes, and I’m kind of surprised by the amount of variety in the tracks. It fits the theme of the game and increases your engagement.

Overall, the presentation is a highlight of my A Little to the Left Review.

A Little to the Left celebrates tidiness and observation with excellent presentation. Its comforting gameplay loop relaxes and engages your mind with a balanced difficulty curve. The generous hint system doesn’t ruin the fun of figuring things out on your own, and despite minor annoyances with a few puzzles, this is a cozy, beautifully crafted experience that’s hard to come by in the genre.

What did you think of our A Little to the Left Review? Share your thoughts in the comments below.

This review is based on the PC version of A Little to the Left. The key was provided by Secret Mode. 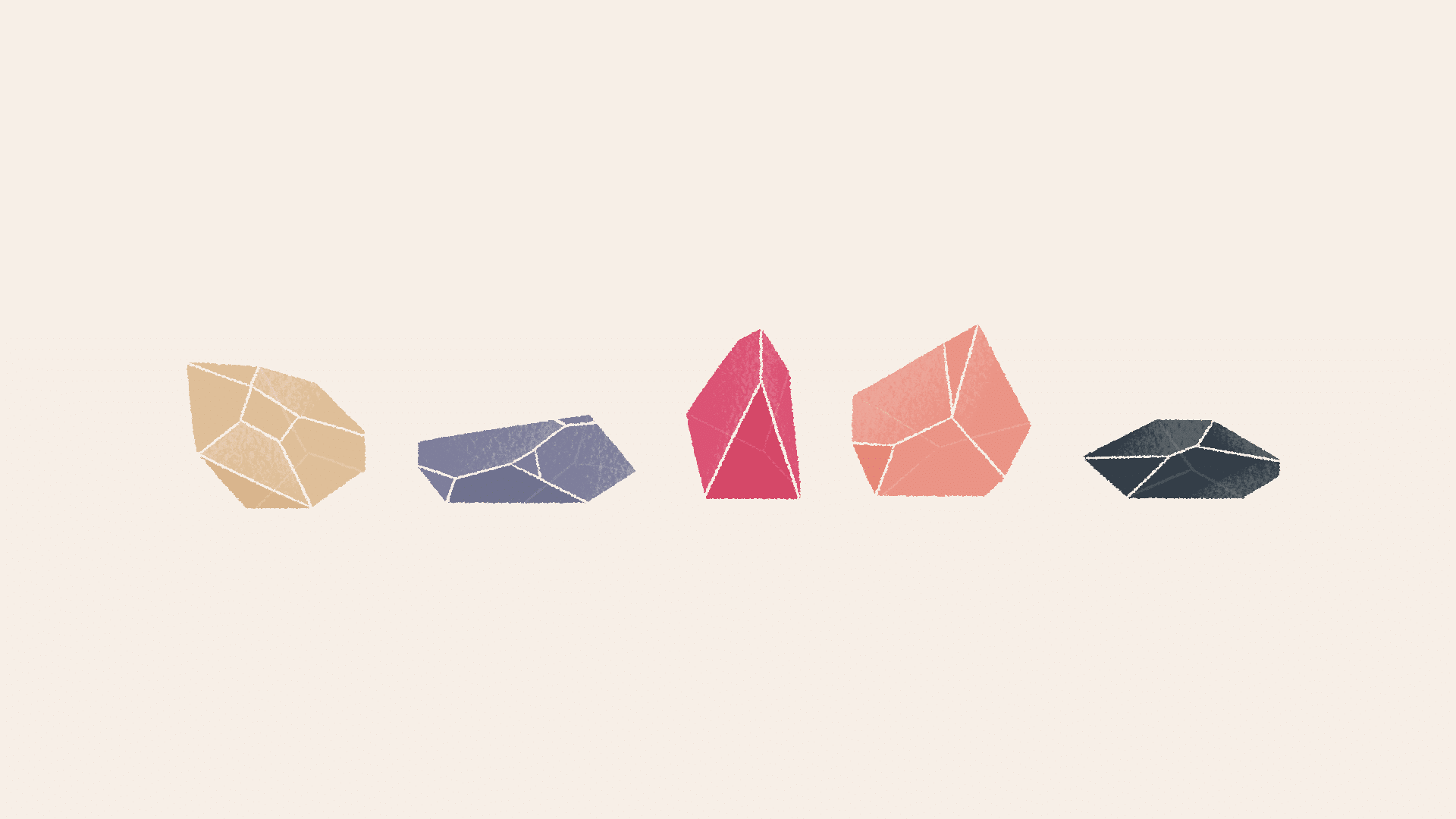 Review Overview
Great 8
Overall Score 8 out of 10
Good Stuff Mechnically simple and highly accessible Wide variety of puzzles with a refined difficulty curve Solid presentation with tons of visual and audio variety Elegant Hint System that actually gives hints
Bad Stuff Some puzzles can be a bit vague when it comes to the expected outcome of tidying
Summary
A Little to the Left is an accessible and comfy experience with excellent presentation, a balanced difficulty curve, and various puzzles to keep you engaged.
TAGGED: A Little to the Left, Max Inferno
Share this Article
Facebook Twitter Email Copy Link Print
What do you think?
Surprise0
Love0
Sad0
Happy0
Sleepy0
Angry0