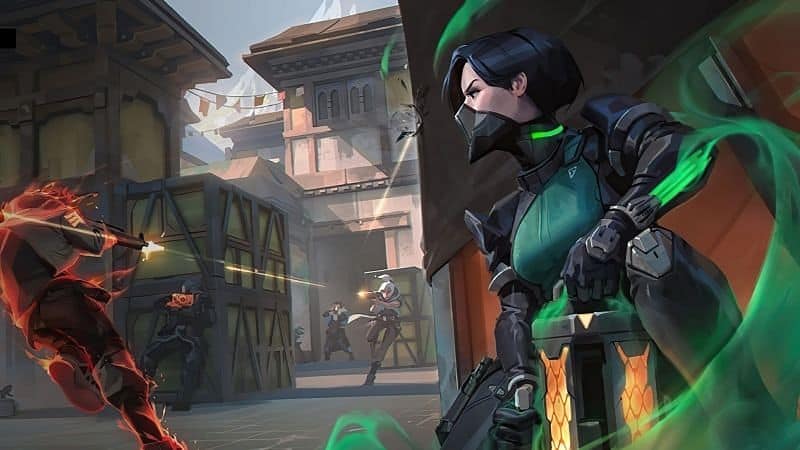 A new Valorant Battle Royale game mode could possibly be in the works. Riot added some new lines of code that point towards a “downed” feature.

The rumors of a battle royale Valorant game were created ever since the game launched. The battle royale genre has been on the rise in recent years, and fans still want to see more games added to the list.

The core gameplay of Valorant does have its similarities to most battle royale games. It would definitely be interesting to see how the Valorant Agents and guns would work in a battle royale theme.

The new “downed” leaks just helped the rumors spread even more. People are now speculating that a battle royale is definitely in the works, and Riot just doesn’t want us to know.

The rumors for a battle royale game mode have been around for quite a while now. It’s natural for fans to speculate these types of things, especially because of the popularity of both Valorant and battle royale games.

Apex Legends is one of the top battle royale games right now and has enjoyed massive success. Valorant could be the next big thing in the battle royale genre.

The downed mechanic is a feature initially made popular in battle royale games. In most games, an ally isn’t directly out of the game yet once his health reaches zero. Downed allies cannot fire and can usually only crawl while waiting to be revived or until their down timer expires.

The same mechanic is now available within Valorant’s own files. A prominent Valorant leaker, @ValorLeaks, found the lines together with the new Patch 2.08 for Episode 2’s Act 3.

The downed health is 100 HP and has a max downed time of 15 seconds. When near a downed ally, the player can “revive” the ally from 2 meters away. The reviving process takes 2 seconds to complete, and the revived teammate will be brought back with 50 HP.

This is very similar to the battle royale genre’s downed mechanic and could possibly be hinting at a new Valorant battle royale game mode in the works.

Aside from a possible new Valorant battle royale, there is also the possibility that the new mechanic is for a new Valorant game mode.

Riot Games usually adds the features and mechanics of new game modes slowly into the game instead of doing one big patch. The downed mechanic could be for a faster game mode like Spike Rush or Escalation.

Game modes keep the game interesting for non-competitive players. Casual players who don’t have time to commit to a 40-minute game can still enjoy Valorant through Spike Rush and the other game modes.

Even if the mechanic ends up being for a new game mode, battle royale players shouldn’t lose hope. Riot could simply be testing the mechanic out and seeing how well the player base reacts to it.

If the new mechanic or game mode gets a ton of positive feedback, they could possibly turn it into a new Valorant battle royale game.

As of the moment, it is unclear yet what Riot Games is actually planning to do with the new mechanic. But, since it is already in the files, we should get an announcement soon enough.