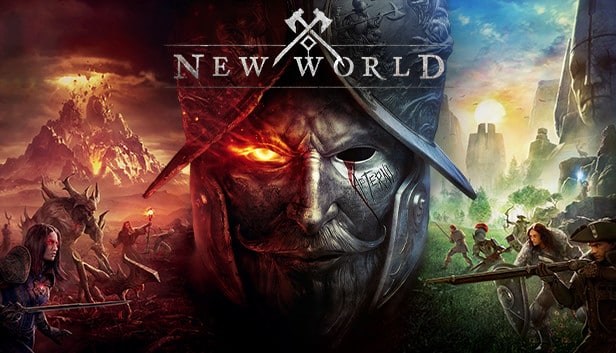 Amazon’s MMORPG New World has hit a peak of more than 200,000 concurrent players on Steam over the last weekend.

The beta testing phase for the game is still ongoing, and it’s already shaping to be significantly better than any of Amazon’s previous endeavors. Do we even need to talk about Crucible again?

SteamDB indicates that New World has hit an all-time peak of 200,856 concurrent players last Sunday. Even right now on a Monday evening, there are more than 100,000 playing the game. In comparison, Crucible‘s own peak last year during its beta was only around 25,000 players. Right now, Amazon’s New World happens to be the seventh most popular Steam game, even beating veterans such as Rust and Warframe.

Amazon will definitely be hoping that New World will be the game to really kickstart their venture into video games. Crucible wasn’t the only failure they experienced (the game went into beta before being released, only to go back to beta again to then be canceled). There were meant to be working on a Lord Of The Rings MMORPG, which was also binned in the end. Their 4 versus 4 MOBA Breakaway was scrapped altogether as well. Perhaps people are craving a new, competent MMORPG much more rather than more games in saturated genres.

New World‘s road to glory isn’t free of issues though. Despite largely positive impressions and reviews across the internet, there was still a problem related to the game’s menu having uncapped frames. This led to New World bricking EVGA 3090 GPUs. EVGA ultimately said they’ll be replacing those cards free of cost, but this doesn’t mean Amazon isn’t partly responsible.

The New World beta will keep going until the 2nd of August; to play the game during its beta phase, you need to have pre-ordered it. We’re looking forward to seeing whether the title will prove to be Amazon’s breakthrough.