Every Among Us Character: The Crewmates Explained 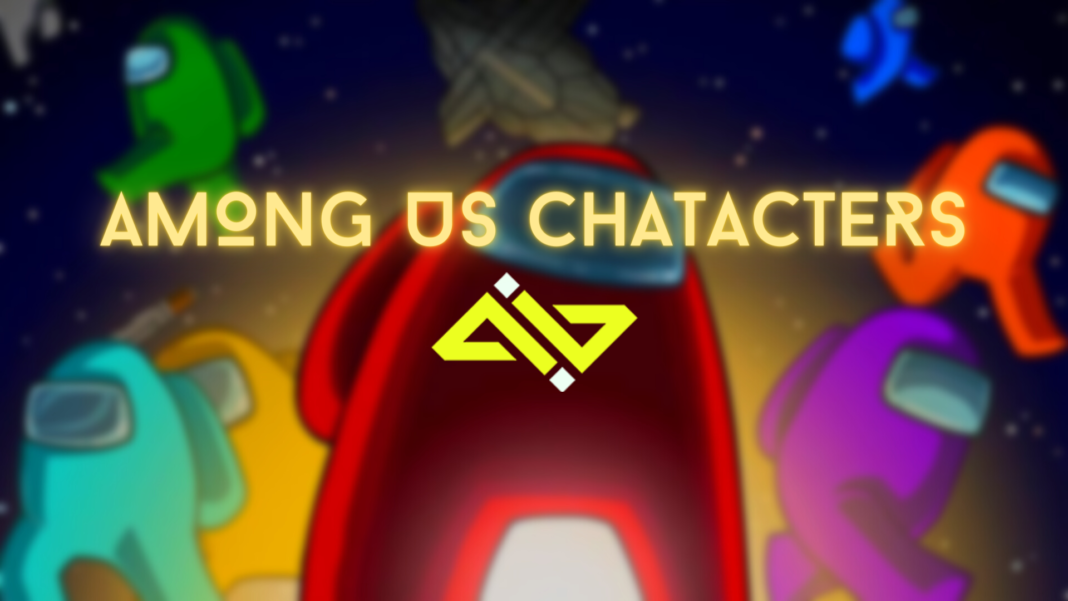 At first, the hip-party game Among Us didn’t receive much notice when it was released in 2018. But that all changed soon when many streamers and YouTubers started playing it.

This led to a huge influx of players across iOS and Android. By the end of 2020, Among Us had been successfully ported to all major consoles, including the PS4, Nintendo Switch, and Xbox One.

But what exactly are the famous Among Us characters that bounce around on our screens? Well, that’s just one of the intriguing questions that have been popping up. You’ll have all your queries answered below.

Who are the Among Us Characters?

The Among Us characters are short humanoid-like beings who are stationed in different areas throughout space. While in control of them, you are supposed to complete tasks to manage the area. You have to do all this while avoiding getting killed by an Imposter.

Studio Innersloth is the creative mastermind behind the thriller space game. They said that Among Us’s gameplay is taken as inspiration from the accusation game Mafia. While the environment and Imposter were a reference to the 1982 feature film The Thing.

Blending those two components resulted in the creation of Among Us. So choose how you want to play, either hide in a corner or be selfless and complete every task. Maybe you’ll even end up as the infamous Imposter.

With a handful of unique gameplay elements available, you can spend countless hours having fun with your friends.

What Are the Roles of Among Us Characters?

All in all, there are 7 possible types of roles you can get in Among Us. You’ll find some of the characters having a knack for technology while some leaning over towards the dark side.

These are all the Among Us character duties you could end up with:

In each game, a player may randomly be chosen as the Imposter. This is the most interesting role you could end up with. Instead of being helpful to the crew, your only goal is to stop them at all costs.

You’ll have to sneak up on the Crewmates, and murder them! But bear in mind, that other players can report your evil deeds, and if the majority votes you out, it’s game over.

Though it could get boring at times completing tasks as a Crewmate, you’ll still be a vital member of the squad.

While playing as a Crewmate you’ll have to deduce who the Imposter is. If you do find evidence, head to call a meeting before the culprit catches you!

Unlike other Among Us Crewmates, being an Engineer gives you a quirky ability. You can hop into vents, which allows you to escape from certain situations. Use that ability wisely to get out of certain intense situations, and also be careful not to overuse it as it does have a cooldown timer.

A more unfortunate role to get, but it still has its perks. If the Imposter kills you, or if you’re voted out, you’ll turn into a wandering spirit.

Spooky though you may be, you can still help out the crew by performing tasks, or don’t. You can sit back and relax instead, watching the mayhem unfold.

During your time as a ghost, you can only chat with other of your spooky peers. You also lose the right to vote, but that’s on you.

This Among Us character was added after the game’s popularity soared through the roof. The first player to get snapped by the Imposter turns into a Guardian Angel.

As a Guardian Angel, you can give a shield buff to any Crewmate. This ability protects your Crewmates from any Imposters on the prowl, so dying first does have its benefits.

This role was included in the game earlier this year. The Shapeshifter is basically an Imposter but possesses the ability to change into any other colored Crewmate.

You could kill anyone on board while disguising yourself as someone else. This helps mentally fatigue all the other players. So while you’re busy picking them off one by one, they’re busy blaming each other.

Last but not least, the Scientist is a very intriguing character to play as in Among Us. When assigned the role of the Scientist, you’ll be able to check the vitals of all your fellow Crewmates.

This will help you spot any Shapeshifters, or find out quickly if someone has died. With the right moves, you’ll catch the Imposter in no time.

Every Among Us Character Listed

You can pick any one of the 18 featured Among Us character colors, though each one is completely unique in looks alone. Here’s the list of all 18 colors available:

Their colors might be different, but all of them have a doodle-like appearance. They’re also missing arms, so it’s fun to watch them when you’re hopping around the base.

If you end up as the Shapeshifter, good for you, as you can then impersonate any colored player you want.

Among Us Character Cosmetics

Luckily, if simplistic color shades aren’t to your liking, you can add some other stuff. As an Among Us character, you have the option to equip any of the following apparel, or all of them:

Put on what looks best to you, and take it out for a spin. Tons of customizability options allow you to be ravishing when chasing down Imposters or doing your daily tasks.

There’s no doubt that Among Us is a fun game, but that doesn’t mean it’s perfect. Everyone has an idea popping up nowadays to make the game better. Surprisingly, some of the avid Among Us players have made mods to bring their creativeness to life.

Though these mods are not official inclusions by Studio Innersloth, they certainly boost up the appeal. Here’s a list of the best Among Us mods available:

This mod adds a new role for the Crewmates. The person who gets selected as the Sheriff can kill anyone who he suspects is the Imposter, but there’s just one catch. If you happen to end up killing an innocent player, you’ll meet your demise instead.

The Vampy Mod adds a supernatural twist to the Among Us characters. It allows players to turn into a blood-sucking vampire, which then helps you to go into Bloodrush mode. You’ll be able to turn into a bat and fly between rooms, so spy on your enemies, pick your moment, and put an end to the Crewmates.

Bored of wearing the same colors again and again? Install the ColorPlus mod and enjoy a selection of over 256 new static and dynamic colors.

This mod, in particular, is a banger. It adds 28 new roles for every Among Us character to take up. Play as the Doctor who can revive dead players, or be a stealthy Ninja and kill off the Imposter. With so many new additions, you can be whoever you want.

We’ve got a lot more on Among Us if you’re in the mood. Check that out here.