An Xbox and Nintendo Partnership Potentially in the Works 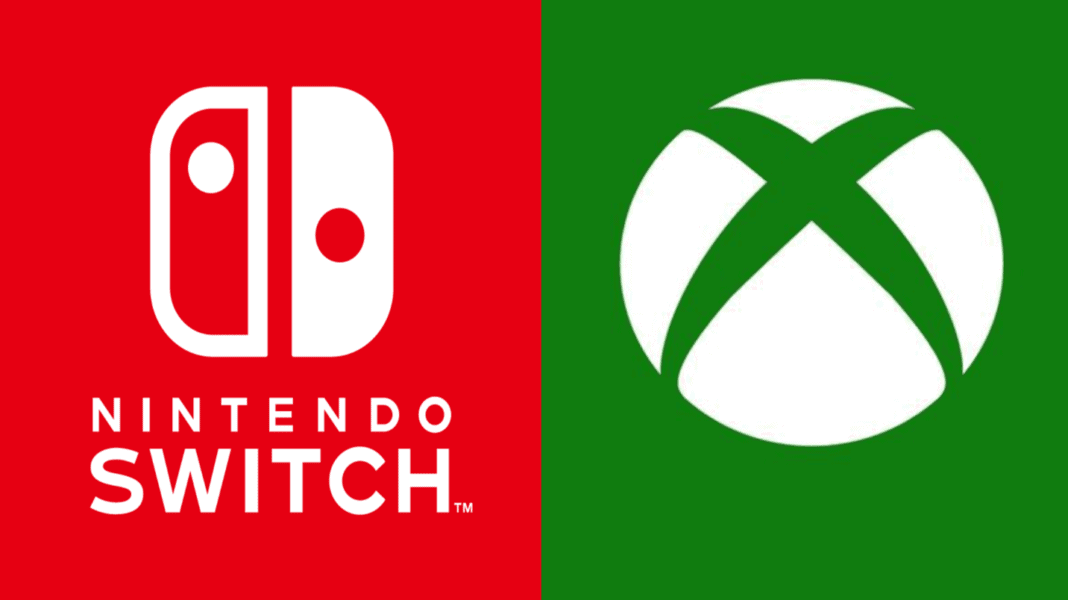 An Xbox and Nintendo partnership hint might have been in front of us the whole time.

Phil Spencer, the head of Xbox, is known for leaving hints about the future of Xbox by placing sneaky little easter eggs in the background of his Zoom calls or live streams.

He previously teased the Xbox Series S and even Microsoft’s acquisition of Bethesda. Now, Spencer might be teasing a possible partnership between Xbox and Nintendo. Thanks to a Nintendo Switch hidden on his bookshelf way back in February.

Initially, people didn’t think much about it, mainly because Phil Spencer hates console tribalism and loves and plays different consoles. However, Jeff Grub recently revealed on his podcast that everything on Phil Spencer’s shelf meant something, including the Nintendo Switch.

Obviously, Microsoft isn’t going to acquire Nintendo just like they did Bethesda. The most likely thing to happen is that Xbox and Nintendo are planning on a partnership of sorts. What that partnership will bring to the community is yet to be seen, but any collaboration between them will likely be huge.

Shpeshal Ed is a known video game leaker, and he tweeted that we should find out more information about the Nintendo and Xbox partnership by Fall.

Xbox and Nintendo PartnershipRumors and Theories

Ever since Jeff Grub and Shpeshal Ed’s statements, people have been formulating ideas and theories about the possible partnership. One fan stated that Xbox might be lending one (or more) of its characters to Nintendo’s Super Smash Bros. Ultimate. People seem to like the idea of characters like Master Chief and Doomguy joining Smash.

In October of 2020, Super Smash Bros.Ultimate introduced Steve and Alex from Minecraft. Microsoft purchased Minecraft in 2014, so Microsoft already owns characters in the game, and some additional ones wouldn’t be that surprising.

Game Pass on The Nintendo Switch?

Another popular rumor is that Xbox Game Pass might be coming to the Nintendo Switch. Game Pass is a subscription service that offers over a hundred quality console and PC games. Subscribing to Game Pass Ultimate also includes EA Play, Xbox Live Gold, and various member deals and discounts.

Game Pass is currently available on Xbox consoles, Windows 10 PCs, and Android devices via xCloud, so it isn’t that farfetched for Game Pass to be available for the Nintendo Switch.

However, Phil Spencer said that other platforms “aren’t really that interested in having a full Xbox experience.” He did say this in July of 2020, so there’s a possibility that things could’ve changed since then but don’t get your hopes up.

The most popular and most probable rumor is that a collection of old Rareware games might be coming to the Nintendo Switch. Rareware or more known as Rare is a video game developer that used to work with Nintendo.

With the potential Xbox and Nintendo collaboration, Rare’s classic games for old Nintendo systems might be coming to the Switch. The smaller and older games will get ported to the Switch with Nintendo paying Xbox for the games.

This move is the one that makes the most sense since Xbox doesn’t have anything to do with Nintendo’s old games, so partnering up with Nintendo to port these games could lead to huge potential gains with little risk for Xbox.

Don’t forget that these are all just rumors and theories floating around the community. Nothing has been confirmed yet, but hopefully, we get some announcements sooner or later.