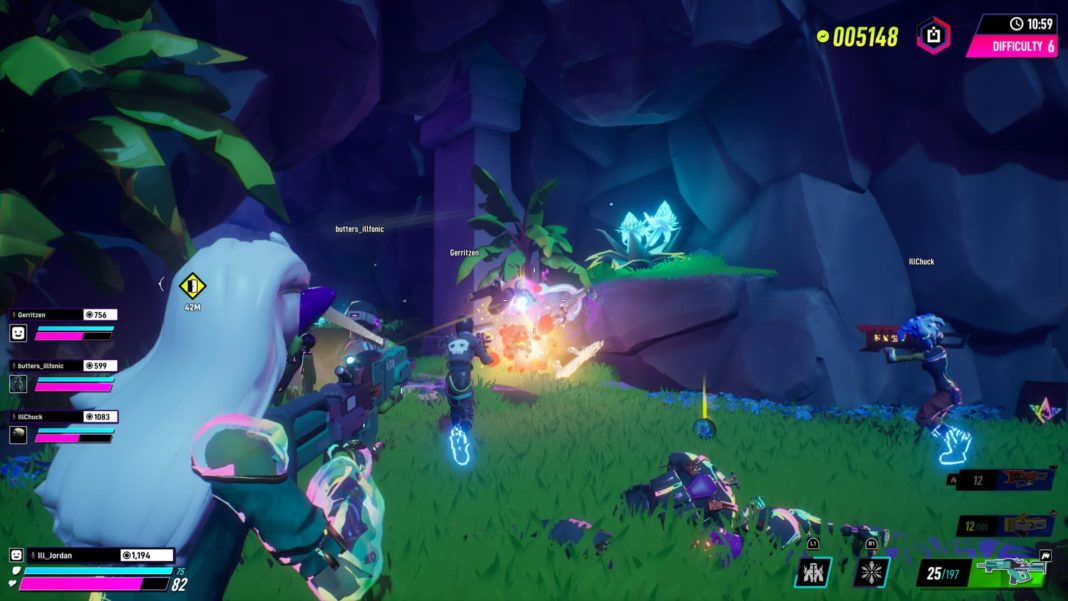 Arcadegeddon for a better word is a very mixed game. It’s one of those games that you will either love at first sight or forget about immediately. The game is currently in early access for the PS5 and PC with a 2022 release date, but it seems that Illfonic is also working on Arcadegeddon PS4.

Arcadegeddon is a very descriptive game. It’s categorized as a live-service looter shooter, and while this is certainly not the first time a PS5 exclusive game has been ported to the PS4 a few months later with Godfall being the first.

Arcadegeddon is developed by Illfonic, better known for their work on Predator: Hunting Grounds and Friday the 13th, the multiplayer game.

The PS4 version has been rated by the Taiwan games rating board.

You can verify it yourself by visiting this link and searching for the game’s title.

While an official announcement is still missing to cement the deal, the game still has a long way to go, considering the massive competition in the space.

Arcadegeddon is still a very young game and it has a long way to go, but whether the move to the PS4 will help invite a new fanbase and give the game the boost it needs is something we will have to wait to find out.

For now, all we can do is wait for an announcement from the developer or publisher regarding the move to the new console.

We might hear something in the future, but since the game is in early access currently, that date can be anyone’s guess.

If you are currently playing the game on the PC or PS5, do let us know if you are enjoying the game and if you’re looking forward to the PS4 version? Perhaps to invite your friends?