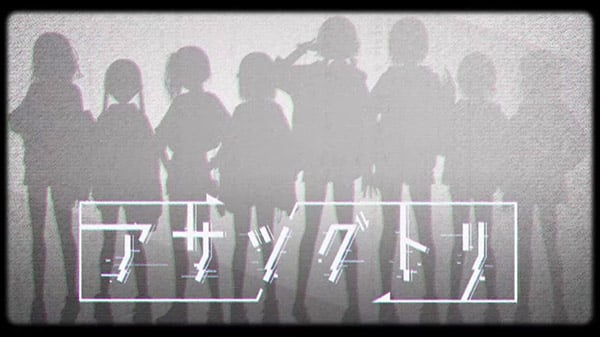 Nippon Ichi Software (Disgaea series) has just announced a “time loop investigation adventure” title named Asatsugutori. The game was revealed in Weekly Famitsu and is set to launch on the 5th of November for the PS4 and Nintendo Switch.

The premise seems to be an interesting one. Eight girls are living together in a mysterious building, where they do not know when a killing could occur — nor who the murderer might be. When a murder takes place, the protagonist is able to go back in time to investigate the incident before it occurs.

The premise of “teenagers killing each other” seems to be one well-appreciated by Japanese visual novel games enjoyers. Danganronpa is one series that comes to mind quickly when talking about similar settings.

Asatsugutori‘s investigation segments progress in real-time, and the information available to the protagonist varies depending on the time of the day. The time loop aspect of the game sounds especially interesting when knowing that victims and other members of the cast may not always cooperate, since they have no idea they’re going to be dying in the near future.

Nippon Ichi Software has launched a teaser website that includes one single video. It doesn’t show much, with it acting as a mere teaser, also featuring a date (August 5th) for players to look forward to. We can only guess that the date teased was one where the publisher would reveal some more information, as well as an official release date.

Asatsugutori: A Little Bit Of Danganronpa?

The Japanese developer/publisher isn’t known as a AAA player in the industry. Instead, Nippon Ichi Software pushes out distinctively Japanese-flavored titles, generally making use of anime aesthetics, that target a pretty niche market.

While they’ve developed the rather well-known Disgaea series (games famous for their unending grind), they’ve also published the Danganronpa titles. If anything, Asatsugutori does remind us a little bit of the latter.

If Danganronpa’s quality is anything to go by, we can expect at least some of that polish to be present in Asatsugutori. We’ll find out on November 5th.