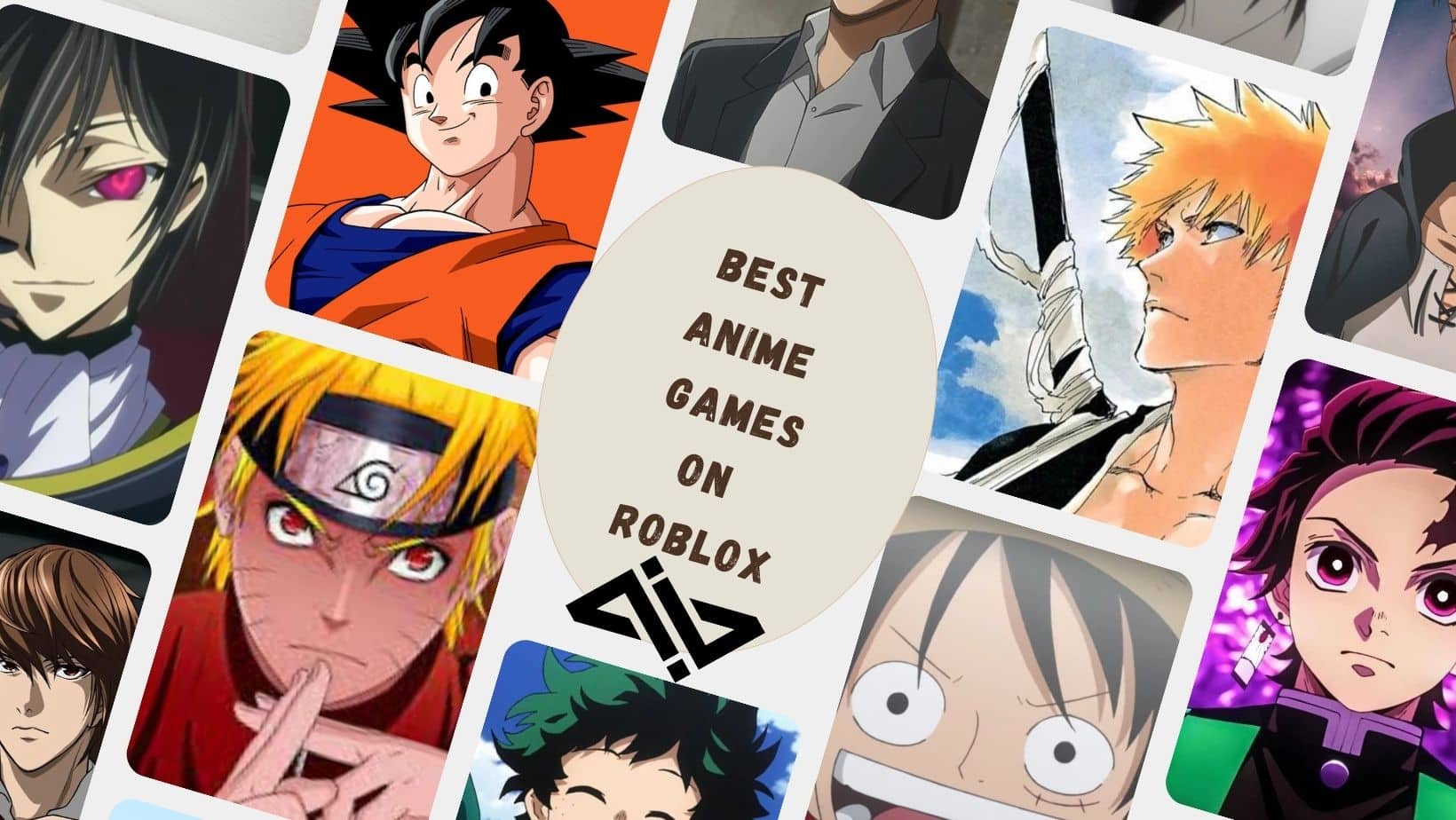 Roblox is a popular gaming creation platform where players make various games for other players. Since it is an extremely popular platform, creators fused it with another popular medium – anime. The end result is that there are tons of great anime games that you can play on Roblox right now.

However, since there are so many options to choose from, it can get quite overwhelming. That is why we have gone ahead and listed down the best anime games on Roblox in 2022. The games listed below have a high rating and a lot of concurrent players.

As mentioned earlier, there are a lot of anime games on Roblox. Each of them has its own art style, narrative, and sub-genres. If you are a fan of anime, chances are that your favorite anime game will be listed down below.

Most of these games feature popular and mainstream anime like Bleach, Naruto, Dragon Ball, and Demon Slayer just to name a few. However, we also have listed down some anime games that are quite underrated and deserve the spotlight.

Bleach is one of my favorite anime of all time, and I am glad it is back in 2022 after 10 years! This game is a remaster of the already available New Hope game. It features an open world where you can roam freely while doing quests. Plus, it also has RPG elements like skills, stats, and tons of enemies roaming around.

If you are a fan of Bleach, you will love to see various iconic locations from the anime/manga come to life. The best part is that it gets a lot of updates regularly which keeps things fresh for all players.

Anime Battle Simulator is a great anime game that features tons of famous shounen protagonists. You can play as characters like Goku, Naruto, Ichigo, Luffy, and Tanjiro just to name a few. On top of that, there are various worlds from famous anime as well.

You can pick your character and roam the Hidden Leaf Village or go to the Soul Society if you feel like it. The game has a variety of enemies and powerful bosses that you can defeat once you are strong enough.

To keep you company, you can also bring companions alongside you on your journey. There are many secret bosses and companions that you can unlock as well.

JuJutsu Kaisen took the world by storm thanks to having great characters and thrilling fights. The game features various quests that you can accept and complete. They will grant you XP and gold which you can issue to buy skills and items to make your character stronger.

If you get tired of doing quests, you can make a team and take part in PvP combat. That is where the game truly shines. The battle system is amazing and quite polished.

As a massive fan of Attack on Titan, this game is a treat to play. If you love the world of AoT, you will certainly love AOT: Freedom Awaits. It is a fighting game that features fast-paced combat and movement. You need to kill various Titans that have invaded your home.

While the game is relatively easy to learn, it can be quite difficult to master. The learning curve is steep and requires a lot of practice and skill. The best part is that the Titans are well-designed. The AI is balanced which makes it difficult to kill or fight them.

You have to use your gear to maneuver around the Titans and hit their weak spot. Plus, the game also features famous characters and enemies like the Armored Titan, the Colossal Titan, and much more.

Some notable franchises include Dragon ball, Naruto, Bleach, and One Piece. The best part is that each character has a different playstyle and moveset. This makes the combat interesting and keeps each fight fresh.

The game currently has 24 maps, 2 special maps, and 80 characters. It is expected to add up to 172 characters in total as time goes on.

Jojo’s Bizarre Adventure is a great anime that has gained immense popularity thanks to various memes. The game – Your Bizarre Adventure – is no different. YBA is an MMORPG game that revolves around obtaining stands.

You can fight various enemies to level up and take part in PvP to test out your stand and your skills. It offers a wide variety of stands which allows you to approach the combat however you want. Since there are a lot of fighting styles, you will have to strategize to defeat your opponent.

Another anime that is beloved within the community is Demon Slayer. The manga and anime are quite famous thanks to their story, characters, and animation. Demon Slayer RPG 2 brings the world of anime to life.

Players have the option to either become Demon Hunters by slaying demons or betray humanity and become a demon themselves. The map is quite massive which encourages exploration. If you become a demon, you will become even stronger and will be a threat to other Demon Hunters.

As the name suggests, the core gameplay features RPG elements. You can level up your character and gain new skills to get stronger.

Speaking of popular anime, My Hero Mania is based on the extremely popular My Hero Academia. The game is being updated regularly and it already features tons of abilities like super strength, invisibility, Hell Flame, HHHC, and Dark Shadow just to name a few.

You can roam around to complete quests to get strong. Once you are ready, you can take part in PvP battles to see if you have what it takes to become the ultimate hero. The primary focus of the game is PvP and fast-paced combat with energy management.

Just like the tournament in the anime/manga, you can participate in your own tournament and defeat other players. The last person standing will be crowned the winner and be awarded the strongest character title.

A One Piece Game

Roblox Page: A One Piece Game

One Piece is an extremely popular anime that has been going strong since the 90s. Oda created a wonderful world with tons of amazing characters that the fans love. As such, this is a popular game of 2022 that is easily the best One Piece game on Roblox.

Just like the anime/manga, the map is massive and features some of the most iconic locations that fans will love. The quest system is quite in-depth which makes it fun to complete them.

You can explore the world of the anime with your friends and accept various missions from familiar characters. Embark on an epic journey either alone or with your friends, and find the One Piece!

Mob Psycho 100 is a popular anime that is surprisingly extremely fun. As such, the game takes place in the Mob Psycho universe. You can interact with tons of familiar faces and use their powers. On top of that, the UI is quite polished and the graphics are a treat to look at.

The best part is that it is an easy-to-pick-up game, so you won’t have any issues even if you are a new player. The overall combat is amazing which makes this game one of the best anime games on Roblox. You can live through the events of Mob Psycho 100 while creating your own story.

And there you have it, those are the best anime games on Roblox that you can play right now. Depending on which anime you like, you will find a game that is perfect for you. Even if you aren’t a fan of a certain anime, try out these games to see if you like them.

Which game do you like most? Is there an anime that deserves a game on Roblox? Let us know in the comments below!