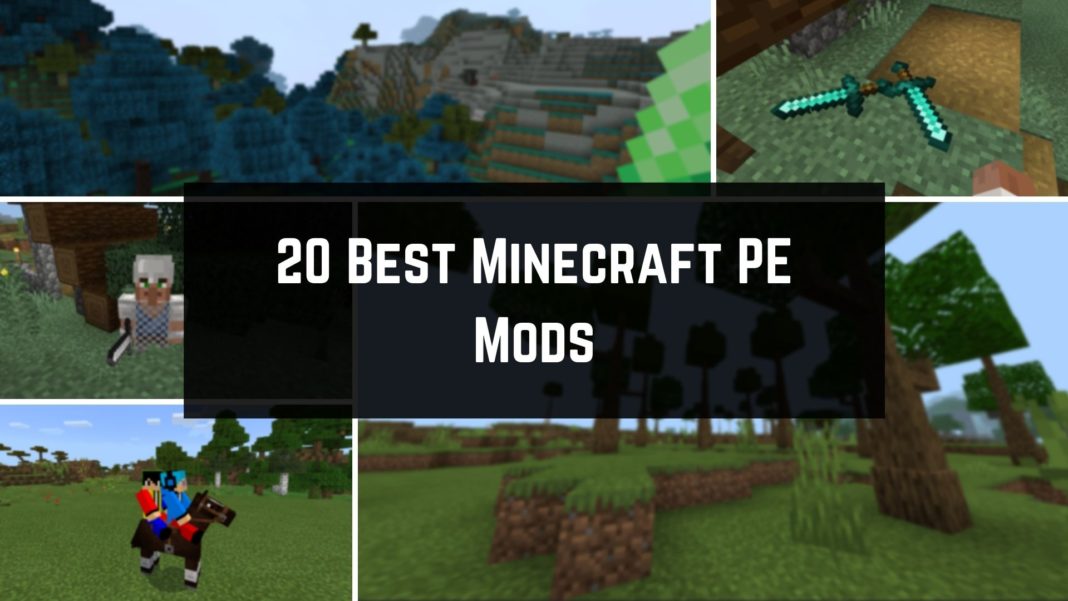 The Minecraft modding community has always been massive! However, that has mostly been a thing for java players. But fortunately, bedrock players can also play them now heck, even pocket edition owners can!

But what are the best Minecraft PE mods out there? Continue reading, and I’ll reveal all that for you!

This is a small mod that doesn’t include any new items. Instead, it overhauls the way things look when dropped. Instead of a floating object, the item has a 3D texture and falls to the ground. And if you need to pick it up, all you have to do is crouch!

NB! Not all items have 3D textures, so some might not look that good.

Do you remember the first time you punched a tree? It was weird seeing it float, right? Well, if you install this Dynamic Trees mod, you won’t have to see that anymore. In this mod, whenever you break a log, the trees will fall to the ground.

The mod owner also added a brand new tree type called palm tree. With it, you can get coconuts, which can be crafted into coconut water that fills your hunger bar to 100%.

NB The realistic tree models are only available for oak, birch, and palm tree.

Bored of the same old combat? Well, why not spice it up with some guns. With this mod installed, you’ll get 10 new firearms!

These range from pistols like Taurus PT92 to deadly sniper rifles like Barrett M82A1. The other types of guns available are shotguns, SMGs, assault rifles, and even a light submachine gun.

NB This mod is very resource-intensive! If you want to play this Minecraft PE mod, make sure you have a high-end phone or play it on Windows 10.

Bored of the same old vanilla biomes? Well, with Hidwoods installed, that won’t be a problem. The world will now generate 3 new biomes with brand new blocks, items, structures, and mobs.

The best features include:

So if you want to experience the best Minecraft PE mods, you found one.

Have you ever been jealous of Java players and their ability to experience dynamic lighting with OptiFine? Well, now you no longer have to feel that if you install this Minecraft PE mod, “Dynamic Lighting.”

With this simple mod installed, when holding a torch, the area around you will be lit. That makes it easier to explore dark caves. The same thing works for other items like lanterns and beacons.

But that’s not all this addon includes! If you have it installed, you’ll also get something called “miner’s helmet”! So an excellent mod for any Minecraft PE player!

Are you a fan of Pokemon? Well, then why not install this excellent Minecraft PE mod? With this, you’ll be able to collect many iconic Pokemon, including Bulbasaur and Pikachu.

But it wouldn’t be enough to just have Pokemon traversing the world, right? Well, this mod also includes a basic combat system and a new structure called Pokémon center, where you can heal your Pokémon.

Oh, and be careful as Team Rocket roams around! So be ready to battle!

Related: If you’re a java player, there’s a modpack called Pixelmon. Learn more about it and other modpacks in 20 Best Minecraft Modpacks – Ultimate List

Has the overworld become a bit stale? Well, why not add new animals roaming around? With this mod installed, you’ll find *X* new mobs spawning throughout the overworld.

These include everything from smaller creatures like raccoons and anacondas to humungous ones like humpback whales and elephants.

You can learn more about each mob on the mod page and see which are hostile or friendly to you!

This addon is small but excellent for those who play with their friends! As the name suggests, this adds an ability to ride horses together with a friend! So, no longer will you need two horses and saddles!

Ever wished you would have more types of armor in-game? Well, with this mod installed, you can do just that. Here, you’ll find many new armor sets, including pure netherite, copper armor, and so many more.

But that’s not all. What makes this one of the best Minecraft PE mods is the other things it gives you. For example, there are brand new weapons like chainsaws and hammers, plus other stuff like new structures and hostile mobs.

Were you disappointed that 1.19 wasn’t the end update? Well, don’t worry, as with this mod installed, you can experience just that. The mod adds many new things like new vegetation, biomes, and new structures.

The mod also has a new ore type called void ore. That can be used to build new and powerful armor and tools.

Related: Minecraft 1.19 Wild Update – Everything We Know About It

You’ll find everything from tropical beaches with palms to the cold alps with flat surfaces on top. You might also find volcanic biomes like scorched forests and volcanic plains if you’re a keen traveler.

Another small mod is called Utility HUD. With it installed, you can get some helpful information about yourself and other players. You can see your hitboxes, what armor you/others have, health, and so much more.

Do you have what it takes to complete the game within minutes? Then why not add this addon to practice your speedruns! It comes with many different modes and settings to give you a better experience. For example, you could add different timestamps for actions like getting wood.

The tracker will also tell you how far you are from the record run. So if you’re ready for the challenge, installing this mod is a must.

Have more people to carry? Well, then why not install this medieval cart. With this installed, you and five other friends could go on an adventure. There are two types of carts.

The first one is called a cargo cart. 6 people can climb onto it, which also has 27 spaces to fill with items.

The other cart is called a transport cart. With this cart, you can carry up to 6 players, and you’ll have a wool roof!

Not into land transport? Well, why not then install this Minecraft PE mod? This mod will replace all the boat models and make them into ships. Now each ship has sails and a chest to store your goods.

Also, there are different versions of each boat. These will have different colored sails.

Bored of the bedrock UI? Want something else? Then Vanilla Deluxe is for you. With this installed, you’ll get from one of three UIs:

So if you’re looking to mix up your game, then this might be for you.

Minecraft Java edition has many features that are not available on Bedrock. But with this mod, you’ll be able to play some of them. For example, swords now have the sweeping edge effect, axes are powerful and much more.

So if you want those cool features, be sure to install this addon!

Villagers will now be more protected. If you give a villager a bow or an iron helmet, you can train them into swordsmen and archers. They are powerful and will protect the village better.

Additionally to protecting their homes, you could also hire them to come on your journeys and defend you from hostiles. All you need to do is give them a few emeralds.

Is Minecraft too easy for you? If so, then you’ve got to install this addon. With it, you’ll get a new thirst bar, which you need to keep filled. If not, then you’ll slowly lose health until you die from thirst.

Have you ever created a chair out of stairs? You’ve probably done that, and you had to imitate sitting by crouching, But what if I told you, you could actually sit on them.

With this addon installed, you can do just that. Just look on the ground and hit the crouch button and voila you’re sitting on your chair. You could also crawl and lie down when you’ve installed this mod.

How to Install the Best Minecraft PE Mods/Addons

So you’ve found a mod that you’d like to try out? Great, but you don’t know how to install them. Don’t worry, fortunately, it’s easy! The addons work primarily the same as Minecraft Java’s data packs. Here’s how you install them.

First, you’ve got to find a Minecraft addon. The best place to go for these mods is MCPEDL.com. There you’ll find many great Minecraft PE mods. So go and pick the one and hit the download button.

Step #3 – Install the Mod on Your World

And now all you need to do is install the mod. To do this, go and click the edit button on your desired world. Then scroll down until you see “Behaviour Packs”.

There you should see a button called “My packs”. Click the + button on the left corner of that button, and find your mod. Then click it, and activate it.

P.S If you want to enhance your gameplay more, I highly recommend you to try out the 10 BEST Shaders For Minecraft PE.

And these were the best Minecraft PE mods. I hope you found the blog post helpful and found some mods to try out on your smartphone.

Do you know any other great Minecraft PE addons? If so, then don’t be afraid to leave them down in the comments below. I’d love to hear from you. 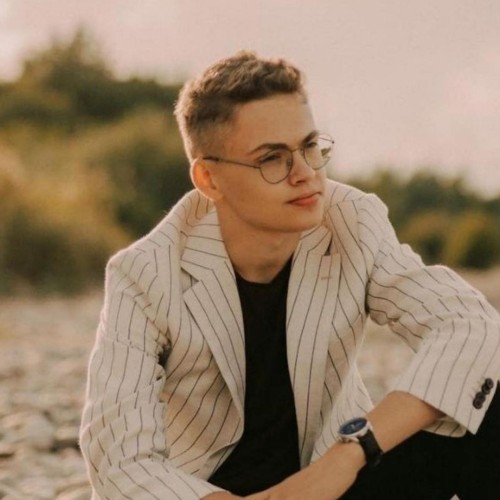