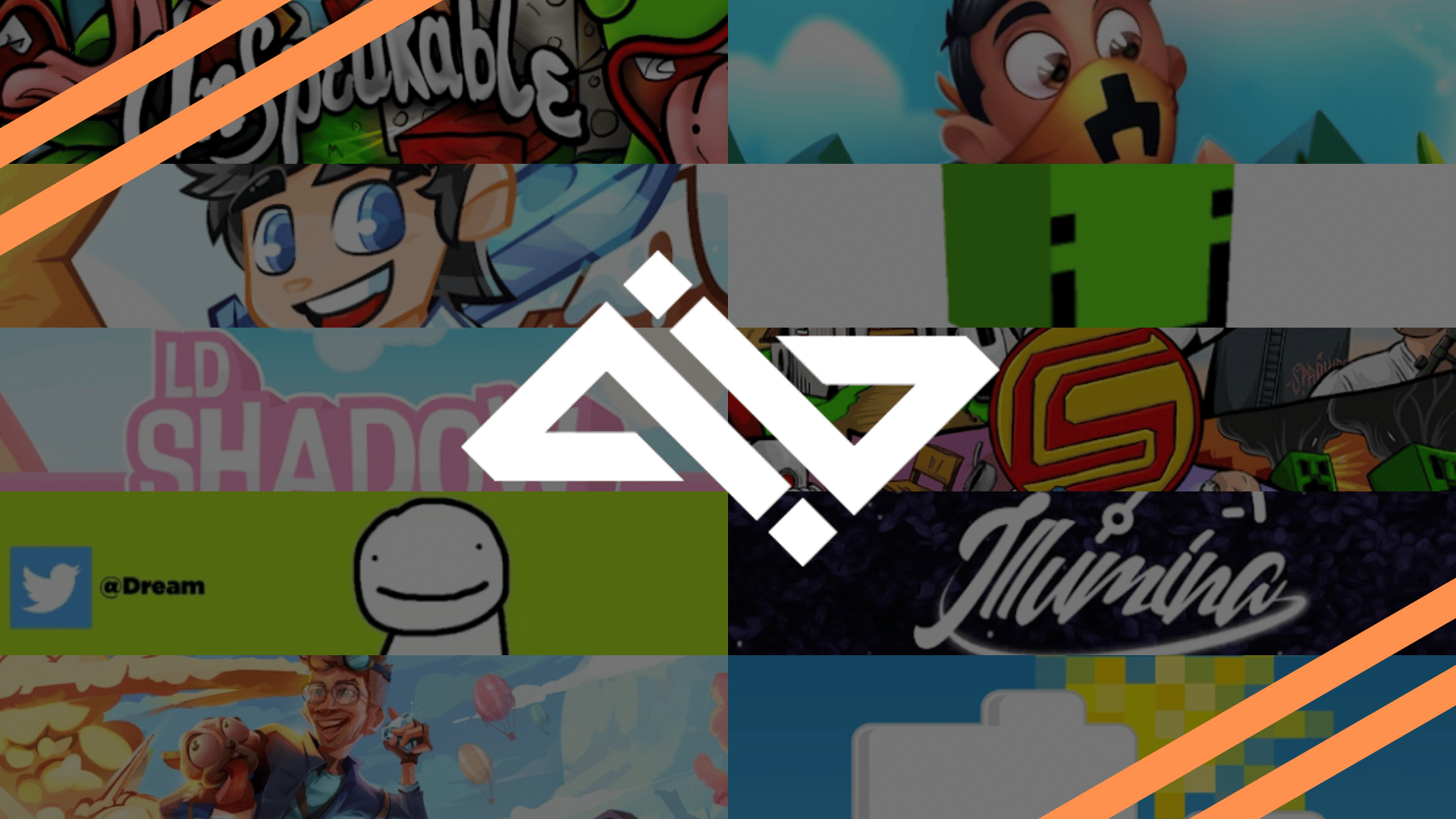 Minecraft is more than just a game; it’s a community. As the game withstands the test of time, certain players have made a name for themselves. These are some of the best Minecraft players out there, as their experience with the game has only enhanced their skills.

Watching them can teach you some new tricks and be wildly entertaining. They’ve learned the ropes and how to use the game to their advantage and have climbed their way to the top. You can learn a lot from the best Minecraft players, so stick around to find out who we’ve chosen for your top 10.

DanTDM is a well-rounded video gamer known for his Minecraft, Roblox and Pokemon videos on Youtube. According to Forbes, Daniel Robert Middleton, aka DanTDM, has over 26.2 million subscribers and is listed as one of the highest-paid YouTubers in 2017.

While his stardom may seem to stem from his game commentary, DanTDM is a highly rated Minecraft player. He has gained experience playing the games for years and learning through his extensive fanbase.

Jordan Maron, aka, CaptainSparklez, is undoubtedly one of the best Minecraft players in 2022. His content spans from Let’s Play to Reaction genres which helps him reach a wider audience. In addition to Minecraft, CaptainSparklez is a Youtuber, Streamer and musician.

He’s well known for his animated Minecraft music videos such as ‘Take Back the Night and his own Fallen Kingdom server based on one of his music videos.

CaptainSparklez’s skills and popularity rank him second on our list.

Dream is a Minecraft player known for his Manhunt series and other achievements in the Youtuber community. He’s achieved the Game Award for Content Creator of the Year in 2021 and has over 30.7 Million subscribers on Youtuber. What puts Dream high on this list is his PvP skills, as he consistently wins 1v5 matches.

In October 2022, Dream revealed his face for the first time since he started Youtube in 2014. While this doesn’t affect his rankings, his face reveal was covered by major media platforms such as CNN.

With over 7 years of gaming experience, PrestonPlayz is an expert in Minecraft game modes such as survival and sky block. Preston has a substantial Youtube fanbase with 13.1 million subscribers and a streaming fanbase of over 1 million followers on Twitch.

In addition to Minecraft, Preston plays Roblox, Fortnite, and Among Us. He excels in the PvP aspects of these games but is ranked higher on our list due to his versatility and wide range of videos on his Youtube channel.

xNestorio is a Minecraft player you may not have heard of. Their most popular Youtube videos include trends such as “Minecraft but you can shoot anything” or “Minecraft but you grow old”. However, other than these trendy topics, xNestorio has a couple of PvP skills up his sleeve.

His favourite weapons include the bow, fishing rod and sword. These allow him to shoot enemies at range, hook them closer and swipe at them with his sword. His play style ranks him number five on our list.

Regarding alternative weapons, Grapeapplesauce (Grape) takes the cake. Sean, an American YouTube and Minecrafter, has made a name for himself after winning multiple PvP events on a server called the Cube. His use of the fishing rod in combat sets him apart from other players. In addition, his Hunger Games series is excellent.

These factors combined make Grapeapplesauce one of the best Minecraft players in 2022. Grape also releases commentary on Minecraft videos and is super entertaining. It’s worth heading over to his Youtube channel and checking out his videos.

Choosing the best players in Minecraft is difficult as there are so many different factors to consider. However, after looking at PvP, speed running and more, there’s no way we can’t acknowledge players for their red stone skills. Without a doubt, SethBling is one of the best Redstone mechanics we’ve ever seen.

Additionally, he’s exceptionally well known for his map-making abilities. He has created custom map gameplay such as Vech’s Race for Wool. On his YouTube channel, you can also find mini-game videos and contraptions he’s created.

AntVenom made a name for himself after his victory in the first three Minecraft Survival Games. Since then, AntVenom (Taylor Harris) has been noted as one of the best players. His series “Find A Golden Apple” was a massive hit that entailed trying to find a golden apple in a dungeon.

He also plays modded Minecraft, and one of his most popular series in Minecraft is his Aether mod series. However, AntVenom has stopped releasing let’s play videos and now focuses on creating content regarding the game’s core mechanics and trying to break Minecraft.

Nathan “UnspeakableGaming” has 11.4 million subscribers on his reacts Youtube channel and releases content such as challenges, capricious and other Minecraft-related videos. He’s seen massive growth from beating challenges, proving he’s one of the best Minecraft players.

With over 6 years of experience playing the game, he’s built his Youtube career. He now has eight other channels that cover a variety of game modes and themes.

Last on our list is another American Minecrafter known for his accomplishments in Minecraft Hungers Games and their UHC series. He’s extremely popular among the PvP community and has even released his own PvP texture pack.

On his channel, you can find videos regarding Valorant, osu! and the rare Minecraft gameplay. He has over 900 videos to browse and has recently reached the 500,000 subscriber mark.

How We Chose the Best Minecraft Players

Selecting the best Minecraft players is no easy feat. There are many factors to consider, such as their community following, physical gaming skills, the game mode they play on and their Youtube presence.

We ranked our top 10 best Minecraft players according to their subscribers on Minecraft and their achievements. In addition, we looked at the game modes they play and the skills they possess. For example, we didn’t only look at PvP players but included speed runners and parkour players as well.

After careful consideration, we came up with the above list. We’d love to hear your opinions and who you think the best player is. Let us know in the comments below or on Twitter.