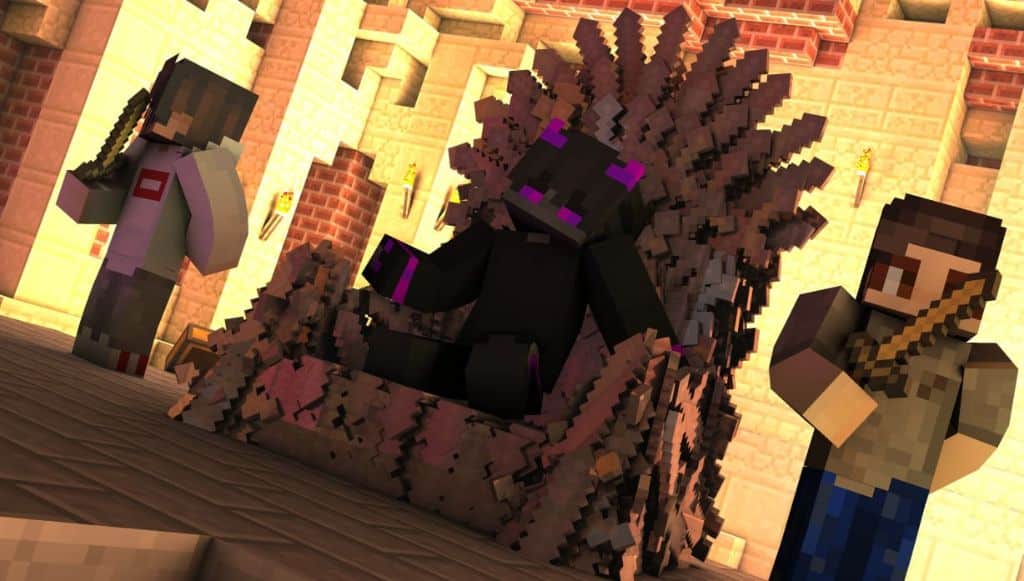 Minecraft PvP is a joy to some. If you have the strategies, methods, and swordplay skills down, you will be winning every encounter without question.

But, if you are like me, you might need a bit of work. But there is one secret trick to help you hone your PvP abilities in a flash: a great Minecraft PvP texture pack. That’s right, no longer are texture packs just for turning your Minecraft world into an anime.

Minecraft PvP packs can help you identify blocks, weapons, and players more quickly. They can also bolster your FPS in high-stakes situations, even changing how big weapons, equipment, and particles look to improve your FOV.

Some even attempt to transform Minecraft into other games, helping you bring some of your other FPS experiences into the big blocky world.

Most Resource Packs require that you have first installed Optifine, you may as well check out our easy-to-follow guide on doing so here.

So, without further ado, here are ten picks for the best Minecraft PvP Texture Pack in 1.8.9.

When you are playing PvP, you need to stay hyperfocused on two things: your environment and your opponent.

This isn’t easy at the best of times, given how complex and multi-faceted Minecraft vanilla textures are. But throw in darkness, some unconventional arena designs, or an unfamiliar battleground, and it gets about a million times more difficult.

That’s where Aluzion PvP comes in. This resource pack cleans up all the game’s vanilla textures, retaining the general design of each texture, but adding a remarkably more simplistic edge. The result is an essentially cartoony design that is sure to give you the upper hand in PvP encounters.

But it isn’t just cleaner and more easily identified textures. You can use this pack if you aren’t doing PvP, there are a few changes and improvements that make it particularly apt for combat. These include shorter swords, shorter fire, and block variations.

The Chroma PvP Resource Pack could be the best Minecraft PvP Texture Pack in 1.8.9

This one-of-a-kind animated Resource Pack builds on everything that makes Minecraft great, stays true to the game’s base aesthetics, and implements every quality-of-life and performance optimisation you could ever want from a PvP resource pack.

Despite this, in my view, this is perhaps the best Animated Resource Pack on this list. The Chroma PvP Pack builds on all of Minecraft’s fundamentals. It also implements most of the features included in other resource packs on this list. But best of all, it does everything with Minecraft’s standard 16x resolution, making sure that you’ll be able to reap all the benefits even on lower-end PCs.

Minecraft’s big gimmick is that the textures are kind of… basic. But people love them anyway. So, if you are looking for a performance boost whilst retaining those nostalgic visuals, Faithful 32×32 PvP is for you.

The Faithful 32×32 resource pack takes every texture in the game and makes it a few times as detailed. That means that the game essentially looks the same but delivers several performance bonuses and optimization solutions that will have you launching yourself into PvP encounters with confidence.

Among the greatest boons to the pack is the way it manages to simultaneously improve the look of your gameplay and bolster FPS. This is sure to lend a hand in stressful PvP scenarios. The only downside: don’t expect the texture pack to add much clarity to quick block, item, or player identification. It is just the vanilla textures with a few times as many pixels.

The Chroma Faithful pack is essentially an add-on to the Faithful PvP Texture Pack described above. It takes Faithful’s PvP credentials… and boosts them to about a million.

Best of all, the texture pack adds a neon outline around all items and equipment. This allows you to identify any threat your PvP adversary poses immediately. With this, you will be able to determine the most effective strategy to counteract their equipment before they’ve cast their first attack.

However, this will change the whole Minecraft experience more than a little. For this reason, the original version of Faithful still a popular choice for those looking to improve their PvP performance. It can also be a little jarring at first, so be sure to get some experience identifying items before you throw yourself into a PvP tournament.

Now this one is cool. Vanilla Tweaks isn’t a single texture pack. Rather, it is a series of changes and fixes to Minecraft’s base textures to optimize it for PvP.

Minecraft’s vanilla textures look the way they do for a reason. But when it comes to PvP, there are a couple of issues with the game’s base textures. For example, shields take up too much of the screen, some potions have too dramatic a splash, and the standard crosshair can be difficult to work with.

Vanilla Tweaks offers effective solutions to all these problems, including:

There is even a bunch of quality-of-life fixes for the base game. These include object progress bars and physically decaying weapons and tools, so you know intuitively when they are about to break.

If you are looking for a custom texture pack that solves all your PvP problems, without straying too far from the base game, Vanilla Tweaks is for you.

Be sure to look through all the options Vanilla Tweaks makes available for you. Once you’ve decided which to go for, simply hit ‘Download’ and watch your very own bespoke Resource Pack generate for you!

If you think your big PvP weakness is that Minecraft doesn’t feel like it has the stakes of a galactic rebellion fighting for the freedom of an entire galaxy, then do I have the pack for you!

The MineWars resource pack overhauls all the textures in the game, adding new blocks and even a few new sounds. This is all in the hopes of breathing a bit of life back into the game. The result is a uniquely Star Wars experience. With clone troop HUDs, all swords transformed into lightsabres, and all block textures are given a distinctly ‘Empire’ or ‘Rebellion’ sheen.

Unfortunately, this Resource Pack doesn’t feature optimization solutions or unique combat features. This is just going to make PvP a bit more fun by having everything dressed up in a Star Wars skin.

ItsioZ’s Dark PvP Resource Pack is another which attempts to enhance the PvP experience without sacrificing too much of Minecraft’s iconic aesthetic. Instead, Dark PvP deploys several efficiency and strategy enhancements, without downgrading any of Minecraft’s visuals in the name of efficiency.

It capitalises particularly on the ‘dark’ aesthetics of Minecraft’s overworld – caves, buildings, and structures, for instance – where it is easiest to identify targets and for players to deploy PvP strategies. ItsioZ has redesigned most of the game’s block textures to make them look sharper and darker. Meanwhile, all textures are maximised to optimise FPS with an x16 resolution.

This pack is particularly popular with users playing on older, low-end laptops or notebooks. If you are looking for a subtle Resource Pack that will have a big effect on your performance, Dark PvP may be the one for you.

Zolt 16x is a minimalist Resource Pack that puts aesthetics by the wayside. Instead, it focuses on optimizing several textures and items to boost FPS and make you deliver your most competitive performances out of even lower-end PCs.

Primarily, the Resource Pack overhauls almost all PvP related items. These include your Diamond Armour sets, Diamond Weapons, Arrows, Tools, Particles, and other related PvP potions and particles. However, the pack also manipulates water textures and sky backgrounds to maximize FPS and performance.

The result is a minimalist, colorful reskin for the base Minecraft, with many PvP changes and performance optimizations. This one is best employed with Optifine. Shaders and further performance fixes can bring your Minecraft PvP potential to the next level.

Many Resource Packs on this list are beneficial, effective, efficient, and, at least, are quite beautiful. But very few are as downright iconic as the Giorno Giovanna PvP Resource Pack by Yuruze.

The pack also institutes a lot of optimization and PvP features as others in this list do. It includes easier-to-recognize weapons and armor, each with a new, sleeker and less blocky design. This makes it exceptionally easy for players to recognize which items their opponents are brandishing, as well as opening up the player’s field of view.

However, what makes this pack so unique is its unique aesthetic. It is inspired by JoJo’s Bizarre Adventure, so much so that the pack is named after a character from the show. This theme is complemented by massive detail boosts, including base blocks like grass, wood, and stone. There are also three unique new sky designs: a regular blue sky, a purple sky, and a night sky.

Minecraft PvP doesn’t get nearly the same kind of respect that competitive first-person combat games do. But that doesn’t mean you can’t make Minecraft PvP a little bit more like them.

This texture pack makes a bunch of changes to the vanilla textures. This includes overhauling every weapon in the game with modern textures. For instance, the swords have been transformed into the butterfly and a series of other knives from CS: GO, while the bows are now shaped like a Sniper Rifle. These changes also make it easier to keep an expanded view of your environment.

All environmental blocks have been given an upgrade, appearing darker and richer than their vanilla counterparts. The bottom line is that Minecraft comes out looking more realistic, as well as with a noticeable cut in lag. The fact it runs so well is especially admirable, considering the quality of the pack’s textures.

So, there we have it: ten picks for the best Minecraft PvP Texture Pack in 1.8.9

Although there a few reasons to look for a great PvP Resource Pack, you should be sure to choose one that looks good, boosts FPS, and gives you some kind of gameplay advantage in combat. This means that you should look for a pack that widens your field of few or minimize obstructive graphics like shield or flame height. 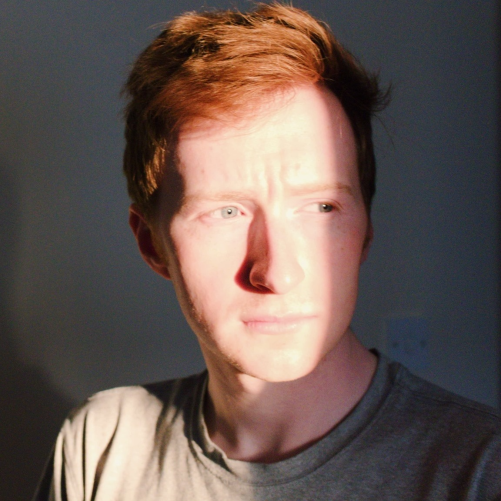 Liam Shearerhttp://www.liamnshearer.com
Liam is a writer with a lifelong fascination with gaming. With a particular interest in RPGs, Virtual Reality, and Sandbox titles, Liam will give a fair hearing to anything that can help waste five hours of his life.