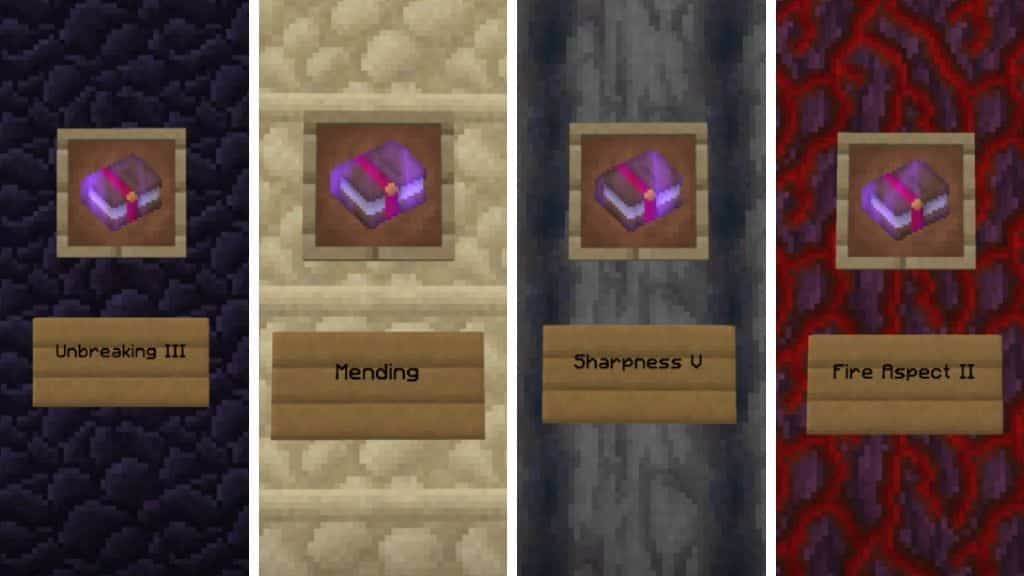 Minecraft has always offered enchanting mechanics for players to improve their gear and be prepared for any circumstance, especially during the late-game stages. From making tools more efficient to granting extra protection to your armor against explosions, there’s a wide variety of enchantments available in the base game for almost every scenario. Particularly, we would love to focus on the ten best Minecraft sword enchantments that you can obtain through an Enchanting Table or combining enchanted books with an Anvil. Grab your lapis lazuli and books!

Dealing more damage with a sword is always a big plus for any Minecraft player, right? Think of how powerful you’ll be once you finally get your hand on a Netherite sword and enchant it with Sharpness V! We consider it one of the best enchantments for blades in Minecraft because of how OP it can be at maximum level. However, to fully upgrade your weapon with level V, you will require an Anvil to complete the process. We promise you the effort is worth it!

Did you know?: You can find diamond swords with Sharpness spawning naturally in chests found at end cities and bastion remnants. Now that’s one hell of a loot!

While it’s true that Unbreaking isn’t a weapon-exclusive enchantment, it’s still an absolute essential if you want to take full advantage of your sword. At its maximum level, your Diamond sword gets 6248 uses with Unbreaking compared to the 1562 durability without enchantments, and Netherite increases to an incredible 8128 durability in contrast to its basic 2032. It’s a no-brainer for any Minecraft player! If you’re having issues obtaining the maximum level, we suggest you invest your XP in storing lower-level enchantments in books. While this approach may cost more XP and time long-term, you can make sure you’ll obtain the enchantment you want at its maximum potential!

Also: We have compiled the ultimate list with the 20 Best Minecraft Mod Packs— all of them easy to install, tweak and play!

Once you have the perfect enchanted sword in your Survival world, you don’t want to spend countless diamonds in maintaining it, right? The reality is that durability in Minecraft can become a source of annoyance if you don’t want always to be close to an Anvil for fixing your gear in general. With Mending, you can quickly repair your sword while gathering XP. We grant that it takes a lot of effort or luck to obtain a Mending book, but it is essential for any Survival player. If you have an XP farm set up, it’s only a matter of standing close with your weapon in hand and refill its durability in a matter of seconds.

Related: Since you can obtain the Mending enchantment by trading with a Librarian Villager, check out our Ultimate Guide to Minecraft Villagers Jobs and start grinding those precious emeralds for some sweet loot!

We all know that gathering resources is a vital aspect of Minecraft’s gameplay. Dealing with hostile mobs can be a pain, but some of their loot is highly useful to advance towards endgame– just think of all the Ender Eyes and Blaze Powder you need to open the End Portal, for instance! That’s why Looting is one of the best sword enchantments in Minecraft, increasing the amount of loot drop per mob killed. The higher the level, the greater your chances of obtaining more resources!

Also: Check out the Best Minecraft Server Hosting In 2021 if you want to start a new world alongside friends!

As the name implies, Fire Aspect allows you to burn your enemies while attacking, with some additional burning damage on top of your base sword stats. Specifically, you get 4 seconds of burning with the first level and eight seconds when you have Fire Aspect II. It’s an ideal Minecraft sword enchantment to obtain instantly cooked meat when killing animals if you don’t want to rely on a Smoker or Furnace while exploring new biomes. However, note that some Nether-exclusive mobs such as Magma Cubes and Blazes are immune to this enchantment. It’s still one of the best enchantments for your sword– just be mindful of what battle scenario you’re expecting on your next adventure!

Minecraft features a wide variety of undead creatures that can potentially become a mortal threat during your adventures. Zombies and Skeletons will spawn in almost every biome, so you may want to consider enchanting your sword with Smite V to eliminate them in a single hit. The enchantment works wonderfully against The Wither, so we strongly suggest it if you want to fight this boss for some extra damage. However, the main disadvantage when choosing Smite is that you cannot have it alongside Sharpness and Bane of Arthropods. You’ll have to decide which one suits your main sword better and maybe leave the other enchantments for secondary weapons. Otherwise, Smite is a powerful choice when dealing with Zombie or Skeleton spawns!

Compared to Smite, this enchantment may not be super helpful if you plan to go into the Nether or stay in the Overworld since you are far more likely to face undead than arthropod mobs. We still include it in our best Minecraft sword enchantments list because it’s mighty when dealing against the annoying Cave Spiders while exploring an Abandoned Mine. You may want to dispatch these small, fast critters before they poison you, which can become your death sentence if you don’t have enough food or a Milk Bucket in your inventory!

Also: if you want to optimize your XP grinding or get resources faster, why not look into one of our 15 Awesome Minecraft Redstone Ideas for your Survival world?

In Hardcore worlds, you need to be extremely careful against hostile mobs and pay constant attention to your surroundings so that no Creeper puts an end to your adventure by exploding in your face. Back in the old days, we used to be able to spam the attack button to kill any mob or player in a matter of seconds. However, now there’s an attack cooldown if you want to deal maximum damage with your sword.

The good news is that a single sweep attack can help you clear mobs in tight spaces and give you extra time to think of an escape route. Using Sweeping Edge III will increase the damage you deal with a 75% of the sword’s attack damage. This is an absolute Minecraft enchantment sword essential when dealing with several mobs at once, although it doesn’t combine well with Fire Aspect since it only affects the first enemy struck.

Also: Hop into our 10 Best Minecraft Data Packs list if you want to tweak your game and create your custom experience with just some clicks!

It may sound counterintuitive to choose an enchantment that pushes your enemies further away, right? In most scenarios, you might want to prioritize melee combat to dispatch your enemies and collect their loot quickly. However, using the Knockback enchantment is ideal when you’re overwhelmed with hostile mobs and need to find an escape route. For some players, it may be an optional enchantment for their swords, considering that you add three blocks on its first level or six blocks at level II to the basic knockback.

Also: Find out which are the Best Foods in Minecraft so that you can face your next battle with a full stomach!

Ugh, Curse of Vanishing– it’s an annoying curse if you’re playing in Survival mode because it makes your sword disappear when you die and drop your loot all over the place. It sounds like an awful enchantment to add consciously to your weapon, right? Except for this curse has some exciting utilities when dealing in PvP servers or RPG scenarios. Whether you want to avoid enemy players grabbing your precious items or add challenge into your playthrough, Curse of Vanishing can become a good incentive to avoid death at all costs.

These Minecraft sword enchantments will vastly improve how you battle and defend yourself against hostile mobs or other players. Keep in mind that if you don’t get the enchantments you wanted from the Enchanting Table, place the item on a Grinder to remove them and, depending on the enchantment’s level, earn some XP in the process. Or, if you don’t want to go through the trial-and-error grind, you can always store the enchantment in a book and use it later.

When it comes to choosing the ideal enchantment combination, just keep in mind that Smite, Bane of Arthropods and Sharpness are incompatible with each other. Besides, you only get to add three of four enchantments to a single item in the base game, so choose wisely!

Which sword enchantment is your favourite? Is there any ideal combination you always go to when playing? Let us know in the comments below, and thank you for reading! 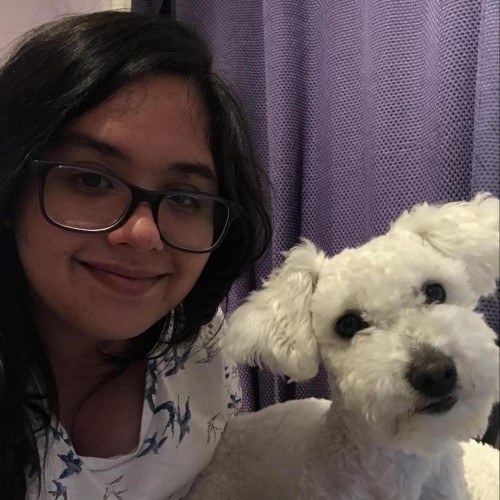