Best Places to Buy your First House in New World 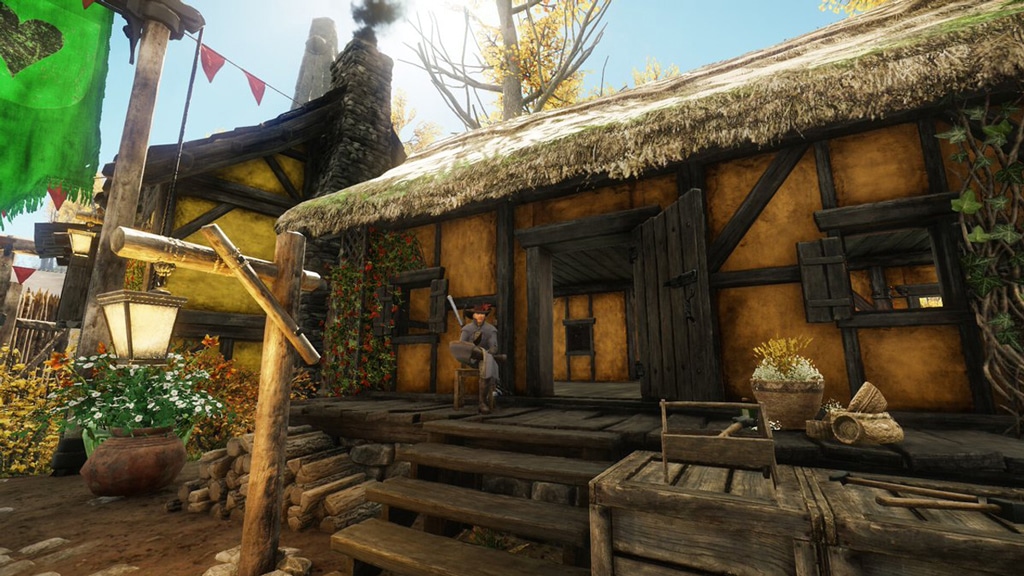 Amazon Studios first published game, New World, has recently taken the MMORPG community by storm. One of the game’s unique features is its dynamic and evolving housing system. Barring role-playing and aesthetic elements like owning pets, different furniture, and miscellaneous items, housing in New World provide players with a variety of benefits. These include a personal recall option, extra storage room, and more spots for trophies. Although you can own a house on practically any settlement, you should consider several things when becoming a first-time owner. As such, this article will help show you the best places to buy your first house in New World.

Players will have to pay a weekly property tax in order to maintain housing benefits in respective settlements. Due to New World’s dynamic governance system, property taxes may alter depending on which faction is currently governing these settlements. Suppose you’re a Marauder who owns a house in a Marauder-controlled settlement. You won’t have to worry too much about property taxes unless you own a Tier 4 house.

Despite high initial and upkeep costs, we highly recommend holding off on buying a house until you reach 30 Territory standing with your preferred zone. Amazon Studios were kind enough to provide a 50% discount for first-time owners. This essentially allows you to purchase a 20-000-gold Tier 4 house, at the cost of 10,000.

A Tier 4 house will provide you with the best housing benefits in-game. These include a fast travel option at a 2-hour cooldown, larger storage room, more pets, and extra spaces for trophies with passive buffs.

In case you’re not too keen on the benefits or RP elements associated with a Tier 4 house, don’t worry about downgrading. You’ll end up saving a lot of money on property taxes in the long run, while still gaining the same benefits albeit at lower efficiency. Be sure to also select reduced property tax perks gained by territory standing in your preferred settlement.

Starting zones like Everfall and Windsward are undoubtedly the most popular places to own a house in New World. There is a nice variety of flora and fauna that you can use to kick-start your crafting grind, whilst early experience gained by questing can prove vital in reaching a territory standing of 30. Since these zones are so centrally positioned, you can save yourself a lot of time when roaming around Aeternum.

Regardless of server population or faction imbalance, Everfall and Windsward will usually host the majority of trading activity in the game. Be mindful that there is no shared auction feature amongst different towns in New World. Resultantly, you should consider buying houses in places where you won’t have to worry over the availability of different items. This can also help you avoid inflated trading prices. Higher popularity will yield higher revenues for governing factions, ultimately generating more town upgrades while maintaining lower taxes.

Just because these zones are considered the best places for homeowners, doesn’t necessarily mean that they’re the perfect choice for your server. Pay attention to property tax rates and what faction is currently governing these territories. If rates are high, owning a house in Everfall or Windsward could result in a massive gold sink.

Ideally, you want these zones to be controlled by your faction for stronger passive buffs. The game’s dynamic war and governing structure may however inhibit permanent faction control from happening. Weigh out the pros and cons of these factors, and you should be able to see whether primary hubs like Everfall or Windsward work well for your server.

Remember that New World is an MMORPG. As such, aesthetic appeal should play a critical role in your decision-making process.  Don’t select a settlement just for the sake of it. Instead, pick one you genuinely enjoy or one that has a nice town layout. From the marshy swamps of Weaver’s Fen to the Caribbean setting of Restless Shore, each zone plays host to different biomes and ecological conditions.

In addition to the general aesthetic of each settlement, you should also take town structure into consideration. Although I enjoy the maritime vibe of Restless Shore Village, navigating around it can be very confusing. Crafting and refining stations are vertically divided, while a docked ship basically separates half of the town into two parts. In contrast, a majority of crafting stations in Windsward are positioned in one narrow road. This makes for much faster and easier navigation around the settlement. Check out how you can generally increase your movement speed in New World.

It is worth remembering that New World is a game with gorgeous graphics and demanding requirements. Cities with a lot of traffic will surely cause you some frame rate drops. I personally get around 30 FPS in Windsward so personally, it can be quite irritating to stay here for long periods of time. If you don’t have a monster rig, you should consider avoiding some settlements despite their convenience.

New World is an MMO with heavy emphasis on crafting and gathering. As is the case with property taxes, settlements will have varying crafting and refining fees. Choosing a place with lower rates will save you quite some gold in the long run. This is particularly valuable once you reach max level, considering the amount of time spent crafting Best in Slot items.

You may also use websites like mapgenie.io to reveal resources or plot sites for each housing tier on different settlements. Doing this while trying to find ores or crafting stations can save you from a lot of aimless wandering around Aeternum.

As insinuated throughout the article, housing in New World is a function of interdependent and dynamic systems. Even though you can buy several houses, deciding where to own your first one can be a crucial decision. Your choice should ultimately come down to faction control, property tax rates, aesthetics, as well as town layout structure. Remember that first-time owners get a 50% discount, so aim for that Tier 4 house unless you don’t really care about the housing system in-game.

We hope that these suggestions will help you in finding the best places to buy your first house in New World. Check out our best weapon builds for PvE and PvP.

For more guides and updates on New World, be sure to follow us on Twitter and to check our page regularly.

Vigan Osmani
Experienced gamer with a dedicated passion for writing. Vigan spends his gaming time primarily on FPS shooters like Call of Duty and Battlefield, as well as MMORPGs including World of Warcraft and most recently New World

Two Prince Of Persia Games Appear on the Playstation 5 Store