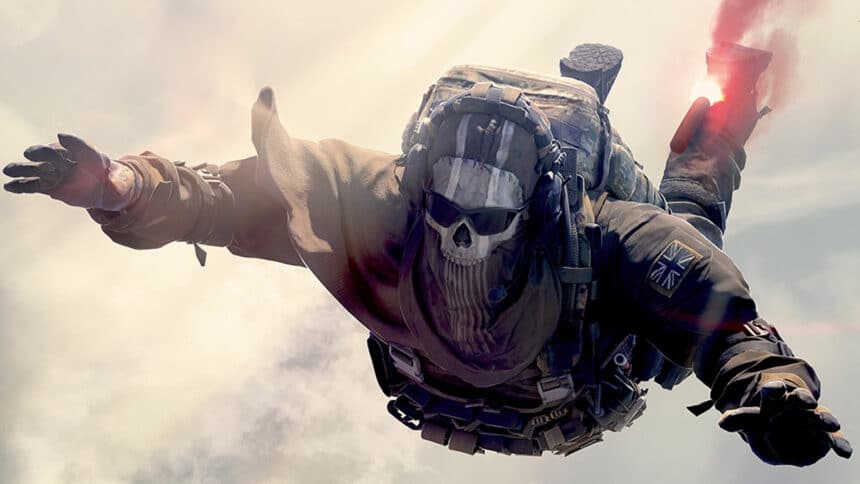 Warzone 2.0 features a massive map that has a lot of new areas that the player can visit. Since the game is relatively new, there are a lot of new players that are playing Warzone for the first time. So, we have made a guide about the best tactics in Warzone 2.0 that you can follow to win more games.

These tactics will be updated regularly once we find out more about the game by playing it. Since the meta constantly changes, we will add more tactics to reflect that. If you are having issues winning the game or getting kills, this guide will help you out a lot. With that said, let’s dive right in and check out the best tactics in Warzone 2.0.

Use the Ideal Loadout

One of the best parts about Modern Warfare 2 and Warzone 2.0 is that you can choose a lot of good loadouts. Having a good loadout will allow you to have a better weapon since you can customize it according to your preference. However, keep in mind that loadouts can only be accessed through the airdrops that arrive midway through a game.

These airdrops are quite risky, as any player or squad can access them. This makes them highly contested, and chances are that you will never be alone when an airdrop lands. So, always make sure that you clear the area and then loot the drop.

However, if you do get access to these drops, here are some loadouts that will help you out:

Al Mazrah has a lot of new points of interest that are quite useful and interesting. You can find a lot of areas like the Quarry where there is a lot of good loot and tons of hiding spots as well. However, since these are spots where most players land, it can be difficult for a new player to survive.

To make sure that you don’t get eliminated as soon as you land, choose an area that isn’t as popular. While you might not get the ideal loot that you were hoping for, you will survive to see the mid and late-game. Eventually, you will get good loot either by roaming around the map or getting kills and looting their bodies. Since Al Mazrah is a new map, it can be difficult to choose a good landing spot.

So, continue playing the game and see what works for you. Since the plane won’t have the same route in each game, you will want to choose places based on where the plane is going. Don’t stray too far away because that will not give you any good weapons, and you will most probably have to run a lot to reach the circle.

Do Not Run in Open Areas

The map in Warzone 2.0 is quite vast and features a lot of massive areas. Some of these places have a lot of cover areas where you can hide if an enemy spots you. Whereas other places are quite open, and you will have to run around finding cover so that you don’t get sniped.

Try to stay in areas that have a lot of buildings or natural covers like mountains or other things. If you find a place that has a lot of buildings, that will allow you to stay safe and find a lot of good loot. Go from building to building and check each room.

However, be careful since there can be a few players camping on a floor or the stairs. Also, since we are talking about keeping hidden, avoid jumping around without any reason. It will give away your position, and if a sniper is around, chances are that you will not have a good time.

Make sure that you go prone after getting a kill as well. After you eliminate a player, other players in the area might check out where the noise is coming from. So, you don’t want to attract any unwanted attention to your location. Going prone will allow you to stay hidden, and you might even get an extra kill.

Finally, we cannot talk about the best tactics in Warzone 2.0 without talking about loot. Finding good loot and picking the optimal weapons can be quite a hassle. Since there are tons of guns available in Warzone 2.0, it can be a bit overwhelming to know which one is doing good and which one to avoid.

This is especially true if you are a new player. However, if you check out our best snipers, assault rifles, and SMG guides, you will know which weapons you should be picking up. Here is a list of weapons that you should use in Warzone 2.0:

These are some of the best weapons in the game right now, and all of them are performing quite well in the meta. If you find one of these weapons, make sure that you pick them up and use them to get as many eliminations as you can.

If you can’t find good weapons, try to land in areas that usually have good loot. Plus, if you get a few kills, you might find some great weapons or armor in the enemy’s loot as well.

And there you have it; those are the best tactics in Warzone 2.0 that you can use right now to perform better and potentially win more games. These tactics will help you out a lot especially if you are a newer player, so, make sure that you try them out.

What do you think of the tactics mentioned in this guide? Are you using a strategy that works like a charm? Let us know your thoughts in the comments below.