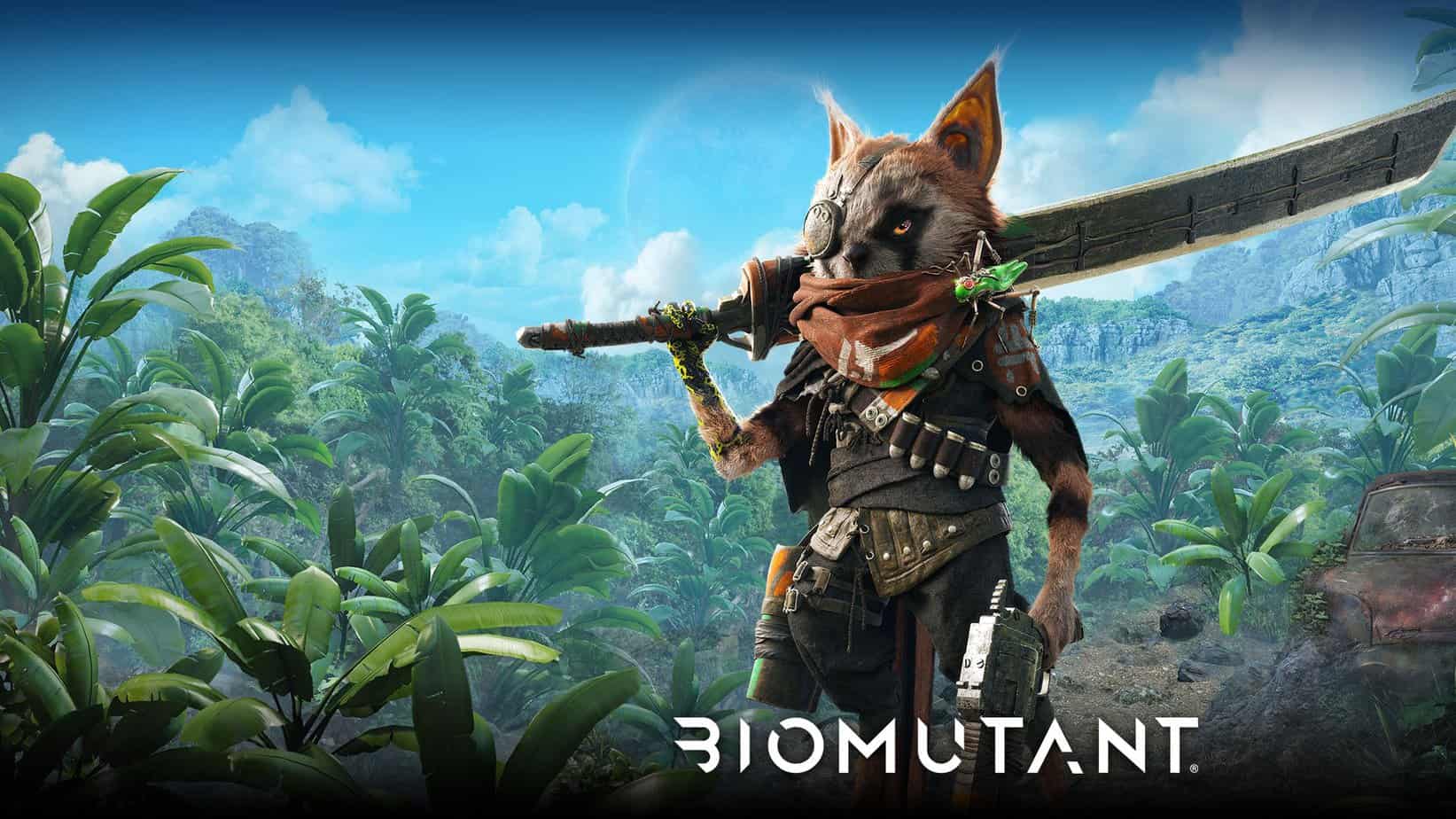 Biomutant is set to release on May 25, 2020. Let’s look at the new open-world RPG set in a post-apocalyptic environment dominated by mutated animals.

Initially, the game was revealed back in 2017. During Gamescom 2017, Experiment 101 announced Biomutant and offered a unique gameplay experience in the RPG genre. It originally had a 2018 release date. However, the developers delayed the game due to unknown reasons.

Some ex-Avalanche Studios employees decided to create their own development studio and called it Experiment 101. People were definitely excited about the game because the employees were the development team behind the Just Cause series.

Experiment 101 was founded in 2015 and was acquired by THQ Nordic in 2017. Biomutant is Experiment 101’s first game, but the expectations are already high. So far, all the gameplay reveals and trailers look promising.

As described on Steam, Biomutant is a post-apocalyptic Kung-Fu fable RPG. You start off controlling your own raccoon-like character that you can fully customize depending on your preferences. The game features different branching storylines where your decisions affect how the story plays out.

The main storyline revolves around saving the Tree of Life from the poisonous oil that pollutes it. The Tree of life is composed of five roots that help give the Biomutant world its life.

Biomutant’s story is viewed and told from a narrator’s perspective. This gives it a more unique and quite unusual point of view. The narrator provides various comments about the things you do in the world and explains the different areas and items within the game.

Six tribes within the world broke from the original clan. These tribes each have their own views and ideas regarding the current situation with the Tree of Life.

Of course, just like any other RPG, there will be a ton of quests in Biomutant. The developers have said that the main story will take up around 10 hours to complete if you don’t do any side quests.

Even though the main story requires only 10 hours of gameplay, I feel that it would take a lot more to fully explore and enjoy the Biomutant experience.

Biomutant Gameplay and Other Elements

Based on the currently available footage of the game, Biomutant shares some typical RPG gameplay elements. It offers crafting, looting, leveling up, various character traits and skills, combat, and exploration.

You play the game in a third-person perspective controlling a raccoon-like character. As you traverse the world, you are met with various enemies and obstacles that you need to conquer along the way.

The game is set in an open-world map, and it consists of various locations with different settlements and climates. There are also different terrains and hazards unique to some areas, which require you to use specific equipment to traverse.

One of Biomutant’s most unique elements is its combat system. It makes use of a strong fighting element where you can decide how you want to approach combat. It offers a fast-paced style with a great combination of melee, shooting attacks, and powers from your mutations.

You can use not only a combination of different attacks but also a mix of different weapons. It also makes use of a ton of verticality within fights. It even has a slow-mo effect for pulling off insane combinations and tricks.

Although people can’t agree on what type of creature the main character is, the game still offers a ton of customization. The character creation in Biomutant is quite similar to other RPG games. There are different breeds, classes, attributes, and resistances.

All these traits affect your character and skills. You can pretty much customize everything about your character, and there are always a lot of different options to choose from.

Make sure to experiment with the different breeds, classes, attributes, and resistances and find a combination that matches your desired playstyle.

Similar to a game like Fallout, Biomutant relies on scavenging loot to craft weapons and materials. It does offer a surprisingly diverse and detailed crafting system. You can use and repurpose most of the stuff you find in the world into different weapons and items.

Most of the loot you find are just scraps from different items. In order to craft weapons, you make use of things such as nails, walking canes, scissors, and even a vault door.

There are also several elemental modifiers that you can apply to your weapons to deal some extra elemental-based damage.

There are also a lot of different combat styles available in the game. Techniques such as Wushu, Gun-fu, and Chicken-fun can be learned by progressing in the game and meeting the masters.

Mounts and Other Modes of Transportation

Walking around a giant map would take up a lot of time, so open-world games need to make mounts and other modes of transportation readily available.

Other games usually make use of horses or cars. A good example is The Witcher 3, where you can use horses, so you don’t end up running around the map like crazy.

There are already a few mounts that we were able to see in some of the available footage. There are quite a few horse-like mounts that seem to be in the game. Other mechanical and likely craftable options include a glider, a hot air balloon, a water scooter, some boats, zip lines, a robotic hand, and even a full-pledged mech suit.

As of this moment, it seems that some of these mounts are able to do some damage. This will add another additional layer to the combat mechanics in-game and lead to some very thrilling mount-based combat.

It’s definitely going to be very exciting to see how each of these works and how accessible they are in the game. The game offers a ton of interesting new transportation methods, and I simply can’t wait to try them all.

There is a companion system that you can use to recruit allies. These allies will help you fight and keep you company on your journey.

There will be a Karma system that is represented by a Yin-Yang symbol. Your current Karma will affect some quests, available dialogue choices, and other character interactions and adds another layer to the whole story.

We currently know that there are a total of six tribes found in settlements scattered around the world. These tribes can become your ally and have similar goals to save the Tree of Life. However, some of these tribes have different ideas and can stand in your way.

You have the choice to try and unite the tribes, eliminate other tribes to grow an ally, or simply leave them all alone. These tribes will also definitely offer some side quests that you can do when you want to take a break from the main story.

This mechanic sort of reminds me of the guilds and factions found in Skyrim. There are different side quests that you can do for each of these guilds, and you can try to unite some factions or destroy them.

They definitely share some similarities, and it’s exciting to see how big of a role these tribes play in Biomutant.

Biomutant is shaping up to be a fantastic RPG game. It’s a unique game, with some great combat mechanics, different mounts, and a ton of customization and variability. It has all the elements it needs to succeed, and hopefully, it becomes the game we all hope it is.