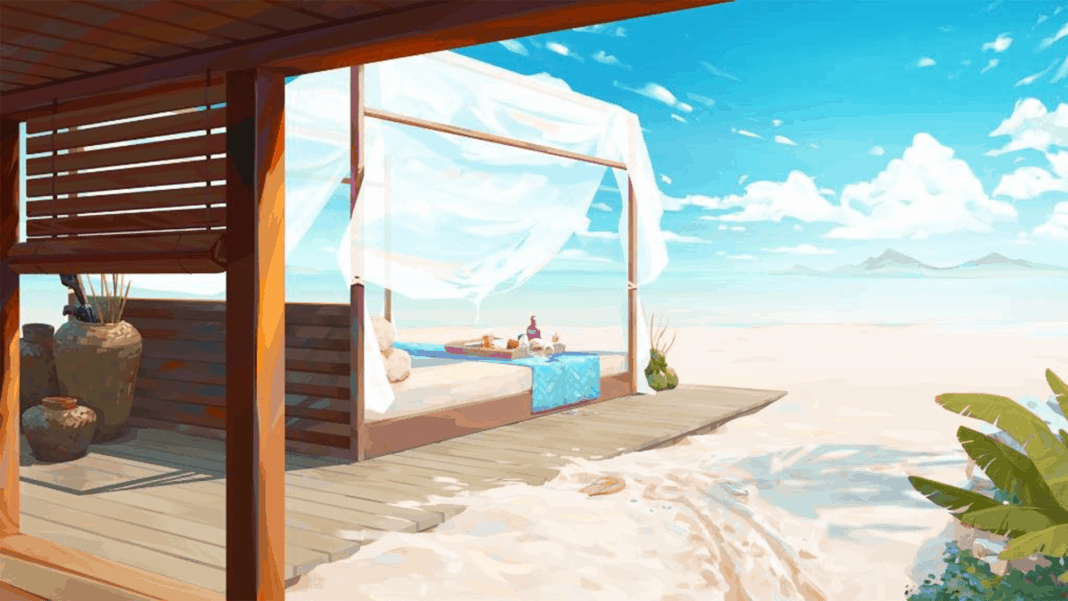 Valorant Leaks shared the trailer for Valorant’s newest map, Breeze, on Twitter. The trailer gives us a better look at the new beach-themed map.

The teasers had “Khám Phá,” “Nghỉ Chân,” and “Đảo Mắt” written on them. These words roughly translated to “Explore,” “Sit back,” and “Cruising,” respectively.

The trailer gives us a more in-depth look at the new map, possible angles, points of attack, and sites.

People quickly pointed out that it had a castle-like look that resembled an old CS: GO map called Cobblestone. It also has similarities to a part of Dust 2 called Double-Doors.

Thanks to these similarities, it seems that CS: GO veterans will feel right at home with Valorant’s new map.

Based on the trailer, Breeze is going to have a lot of open space. People hated Valorant’s previous map, Icebox, because it felt closed and hard to push through. With Breeze, they completely flipped it around.

There also seem to be a lot of different angles with height differences. This could lead to unique gunfights and duels.

There is a lot of variety jam-packed into a single map. It’ll definitely be interesting to see how players use the new elements to their advantage.

The first thing that stands out from the trailer is the A site. We get a good look at the A site, and it seems that there is a small amount of water surrounding the area you are allowed to plant.

The water gives players a new element to play with. You can listen for sound cues to know whether an enemy is within the plant radius or outside it.

Another distinct visual are the two pyramids at the middle of the site. They are huge and can provide a lot of cover close to the plant. I feel like the pyramids will play a big part in crucial 1v1s around the plant site.

Since there is a lot of open space, it feels like using the Operator is a no-brainer in Breeze. There is quite a lot of elevation and angles that you can effectively use the Operator from.

The trailer featured the Operator heavily and showed off a few angles to comfortably use the OP. Breeze looks like it will be full of medium and long-range fights, which plays to the Operators favor.

Best Agents to Use in Breeze

Jett is simply the best Operator agent you can use, making her viable in almost any team composition. She can also quickly dash to cover, which is essential, especially in an open map like Breeze.

She can also take advantage of her Updraft to quickly get on top of various objects scattered around the map that only a few other agents can do.

Playing around smokes is going to play a huge part in winning on Breeze. Being able to use smokes to cover the open areas of Breeze is going to be necessary.

Thanks to Omen’s rechargeable smokes, there’s no doubt that he’ll be a strong agent for Breeze. His teleport ability will also help him reach unique angles, similar to Jett. Providing you more reasons to pick Omen over other controllers when playing on Breeze, Valorant’s new map.

Breach has one of the best flash abilities in the game when used correctly. It can be really annoying to fight against a good Breach.

There are a lot of objects and surfaces that Breach can use to his advantage. A site alone offers numerous angles for Breach to flash from.

The open area helps Breach a lot. Once you blind an enemy, there aren’t many areas that they can fall back to. This almost ensures a kill as long as you can push them after blinding them.

Breeze features a ton of beautiful scenery and holds some exciting gameplay. So far, it feels like a combination of some old CS: GO maps with the uniqueness that comes with Valorant.

Icebox received a lot of hate within the Valorant community, with some people outright not wanting to play the map. Hopefully, Breeze is something that most people will enjoy and become one of the beloved maps in the game.

The wait is almost over. Valorant’s new Breeze map is peeking right around the corner, and we’ll all soon be able to play it. It is going to be fun to see how players adapt and receive the new map.